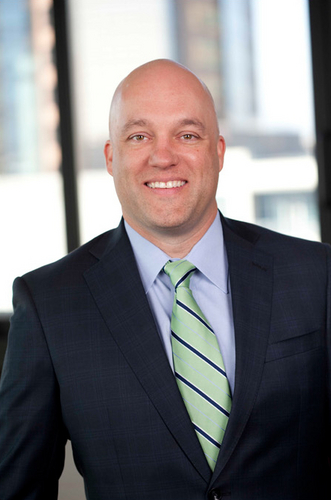 Supervisor Matt Rexroad was well on his way to running for a fourth term.  He had received a challenger in Meg Stallard in February, but was working to secure endorsements and continue his service to his community.

However, suddenly, without warning on Wednesday, he posted a surprising announcement: “I’m done. This morning Jenn and I decided I will not be running for re-election to the Board of Supervisors.

“Thank you for giving me 16 years to serve my community on the Woodland City Council and Board of Supervisors,” he wrote.  “Now I need to find a good person to replace me. That person is not the spouse of a current City Councilman. That is an unacceptable conflict of interest.”

He confirmed the decision with the Vanguard, citing mainly personal reasons.

However, he is not conceding the race to Meg Stallard.  He told the Vanguard he wants to find another candidate.  And he fired shots at his would-be opponent on his way out the door.

He said, “Meg Stallard is the worst possible choice to take my place on the board.  I can’t think of a single issue at the county level she has engaged in over the past 12 years (oh — except for Gibson House).  Additionally and most importantly, it is a huge conflict to have a married couple serve on both the City Council and Board of Supervisors.  We can do far better.”

That vote was unanimous but made over the objections of longtime Gibson House volunteers and board members, including board treasurer Jenny Stallard Lillge, who is the daughter of two prominent Woodland politicians – Tom Stallard, a councilmember in Woodland, himself a former Yolo County Supervisor, and Meg Stallard, who has been in the past elected to the county Board of Education and the Woodland School Board.

Ms. Lillge has led efforts to reverse the decision by collecting 4000 or more signatures in an online petition.

The Daily Democrat reported in late January: “Current plans suggest YoloArts would take over some of the indoor space for the purpose of a gallery. Outer buildings and greenhouses could be used for art camps or classes. Meanwhile, the YCHM [Yolo County Historical Museum] would still display and curate artifacts indoors, but would do so on a more limited basis. Hopefully, the museum would see more opportunities to monetize with increased traffic.”

The paper reports that the change has many volunteers, donors and employees of the museum voicing their disapproval. For instance they cite YCHM Executive Director James Glica-Hernandez who told the paper “he plans to resign after the merge, and expects to hold that exit door open for others.

“They’re leaving because they don’t want to be a part of it,” he said.

Supervisor Matt Rexroad, whose district oversees the Gibson House, countered that “the YCHM staff had ample time to come up with their own proposals. Moreover, talks about the Gibson House began in February of last year, and supervisors pushed back the decision upon the request of the YCHM. As the year came to a close, the decision needed to land abruptly.

“They knew about this request for proposals before three of the board members,” Supervisor Rexroad told the Democrat.

In the meantime, Mr. Rexroad has fired back, posting a YouTube video which explains in some detail his view of the failures of the current Gibson House management as the reason why he believes that YoloArts should take over.

The question now is whether at this very late date – the filing period closes on Friday, but would be extended a week now due to Mr. Rexroad leaving – he can find someone to run against Ms. Stallard