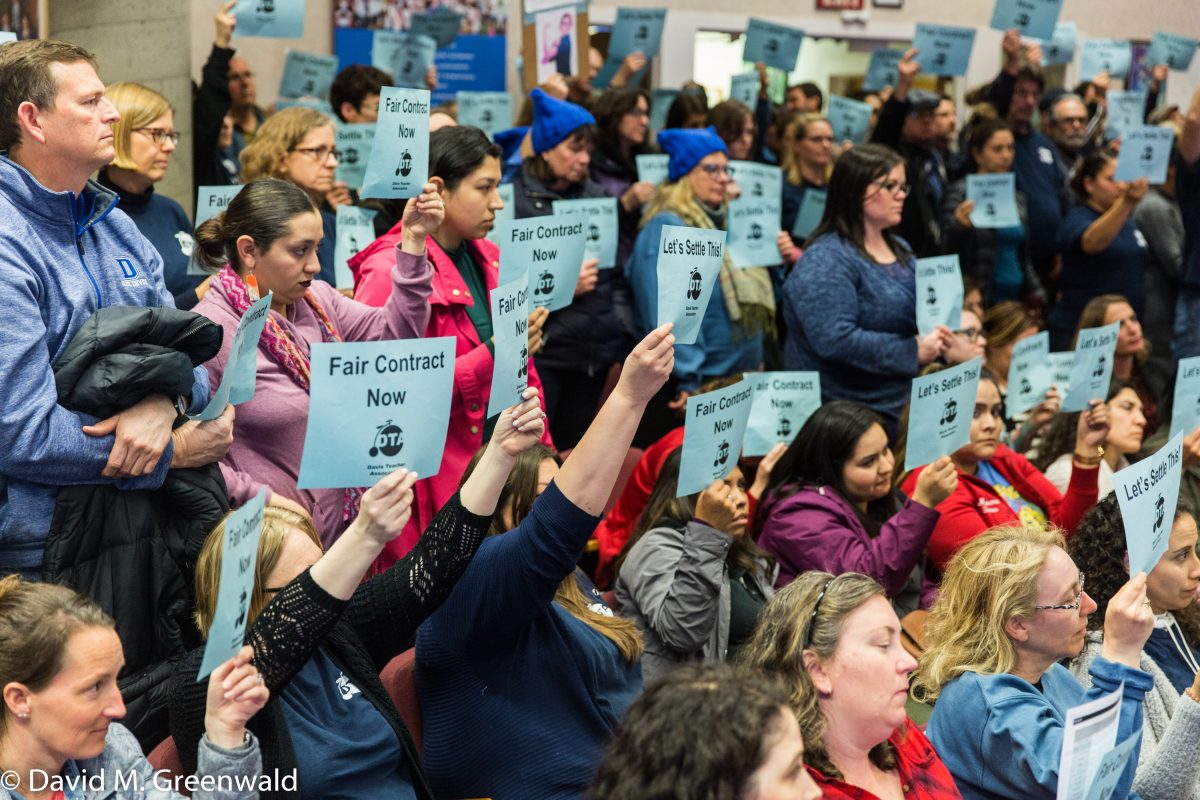 The numbers seem pretty clear, the teachers have been working hard for the last several months to rally the community to the idea that there is a compensation gap in the district.  That teachers are disadvantaged compared to other school districts, which puts strain on their finances and has led to concerns about teacher recruitment and retention.

While the district can and should support ways to cut existing costs, at the end of the day, bringing teacher compensation up to a level that is on par with neighboring districts is probably going to require an infusion of money from a parcel tax.

In the meantime, polling shows that the parcel tax is right on the bubble.  The level of polling support is somewhere between 59 and 70 percent, with the solid supporters sitting at a level that is just below the two-thirds threshold required for passage.

The pollsters see this as a challenge, but they believe “in the right environment, a parcel tax measure on the November 2018 ballot could be successful.”  But the right environment, as explained on Thursday, requires a robust campaign with all of the stakeholders on board and teachers and their vast numbers, many of whom came out in force on Thursday, to work to get the measure passed.

But instead, the message we are getting from teachers is skepticism about the parcel tax and indication that they may not support it.

Blair Howard, a past DTA president, delivered the message loud and clear on Thursday during public comment on the parcel tax analysis item.

He said that teachers regret the decision in 2016 not to press for pay increases at that time.  The feeling among teachers during a parcel tax campaign, he explained, is that “we need to be on our

best behavior and make no noise in order to pass it.”

Mr. Howard said, “We wasted an opportunity to go out to the community and ask them for what we are calling for now, supporting a parcel tax for teacher pay.  The result is that there is a significant number of DTA members that do not want to support the parcel tax, no matter what benefit it may bring to them or the district.”

As a result, he said, there is low support among DTA members for supporting the parcel tax.  He said this is “a result of strained trust in the district, which again is reflected in some of the polling numbers.”

In order for the DTA to support the parcel tax, it requires a full vote of the membership.

Blair Howard said that for people to get involved and knock on doors, “they need to be inspired.”

He said, “So as you consider this parcel tax, consider that for in order for it to get passed, it will need to inspire, it will need to do more than just kind of sort of keep up, and it will really need to meet the needs of the people who are here now because I’m not certain the perspective teacher who is in another community is going to come over to Davis and work on the passage of a parcel tax, so they can come to work in Davis.”

The Vanguard asked DTA President Dianna Huculak for clarification on this.  She explained, “As a body, the DTA representative council voted to explore a parcel tax as a way to generate new revenue,  to ensure that the district can attract and retain educators, to not only continue to provide the highest quality education for our students, but also promote more stable and sustainable school communities.

“DTA also recognizes that a parcel tax is one way to make significant strides in closing the existing wage gap, while also improving benefits for our members without impacting current practices and programs,” she explained.

The bottom line, she said, is “[a]fter years of the district not prioritizing teachers, there is some general skepticism about whether or not the parcel tax is the only way.  As with any endorsement, DTA will consider the impact and evaluate the final language of the parcel tax before voting to endorse it. “

That is not a no, but it also not a yes.  More importantly, it is not a commitment by DTA to do the work that will be necessary to pass a parcel tax that figures to be a heavier lift than usual.

After all, they will reason, why should I tax myself to pay more money to the teachers, when they are not even fully behind this measure?

At this point, there is movement toward some sort of agreement between the DTA and the district on a compensation package.  The message delivered by Ms. Huculak on Thursday was clear: “Let’s settle now.”

But that message was a complicated one as she called for “fair increases for ALL of our members.”  She said, “The compensation gap is profound at all levels of the salary schedule. It impacts not just beginning teachers, but also those teachers who have dedicated their professional lives to working in this district.  You have our offer, you should accept it, and accept it now.”

However, without a funding mechanism, the district pay for compensation increases with one-time money, but they cannot promise to keep those pay increases into the future without finding new revenue.

That makes the push from DTA all the more baffling.  They want their pay increase, but they seem reluctant to do their part to make sure the district can responsibly pay for it.

The response I am starting to hear from those around the district is that if the teachers do not want a parcel tax and are not willing to help its passage, perhaps the district needs to look into other funding for the district, such as on facilities.

To be clear, that is not my preference.  My preference is to make sure that the teachers of this district are fairly compensated for their work, but money does not grow on trees and the district doesn’t get to print their own money either.

I get the distrust and hurt feelings, but the reasonable course of action is to work together to solve problems.

25 thoughts on “My View: Teacher Lack of Support for Parcel Tax Perplexing”