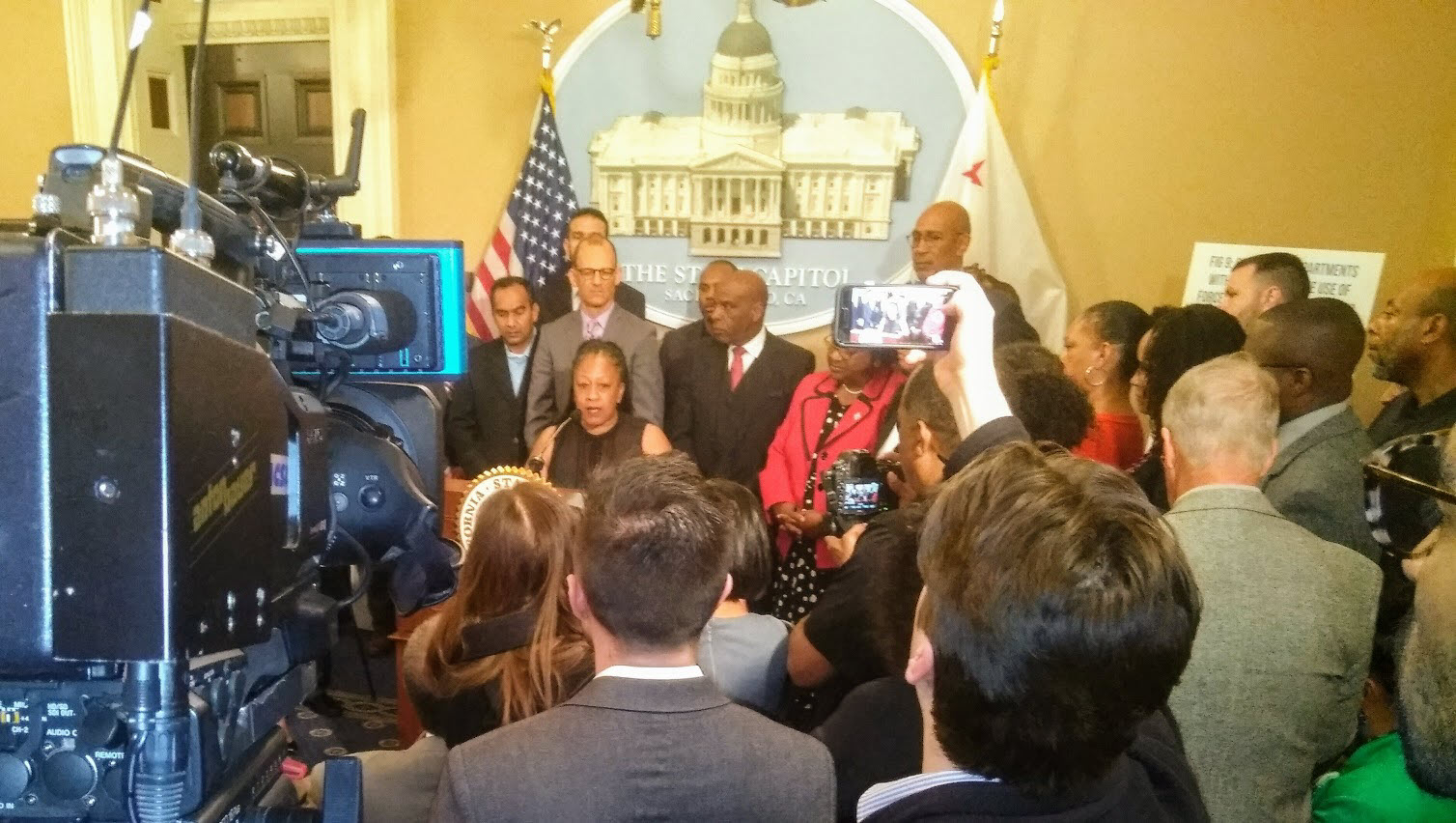 SACRAMENTO – Action does not usually happen in a vacuum. If enough people get killed at a certain street corner, for instance, a stop light or stop sign will be eventually erected.

And if enough people – especially those unarmed – are killed by law enforcement, there will be legislation to attempt to curb that practice.

That is exactly what happened Tuesday at the State Capitol here when several Assemblymembers introduced legislation designed to make big changes in how police use lethal force against civilians.

The proposed legislation comes at a time in the state – and especially the capital city of Sacramento and neighboring Yolo County – when Black people are seemingly being gunned down regularly by law enforcement.

It hit some kind of a peak March 18 when 22-year-old Stephon Clark was shot eight times (20 shots were fired) as he tried to enter a family house where he lived. Sacramento police said he had a gun. He did not.

Only a cell phone.

The shooting of Clark has sparked nearly daily protests at City Hall, and through the city of Sacramento in its streets, and NBA arena (two NBA games were shut down with only a few 1,000 attending after protestors blocked entrances). To fan the flames, a Sacramento County Deputy Sheriff ran down a Stephon Clark shooting protestor Saturday and sent her to the hospital.

Assemblymembers Shirley Weber (D-San Diego) and Kevin McCarty (D-Sacramento) announced legislation that could, if enacted by the Democrat-controlled Legislature and heeded by police, change how

Dean Johansson, running for Yolo County District Attorney, was among the first to support the legislation, that would mandate officers fire their weapons only if “necessary,” not when they believe it’ “reasonable.”

There were 162 killings by California peace officers in 2017 – more than half were unarmed.

“It is urgent that we change our state laws to bring greater transparency and accountability to law enforcement. It’s the right thing to do and we owe it to the families of Stephon Clark, Michael Barrera, Luis Gutierrez and so many others to enact these long overdue reforms,” said Johansson, who has been a public defender and district attorney.

American Civil Liberties Union legislative advocate Lizzie Buchen Tuesday said the measure would require officers to shoot only if there were no other “reasonable alternatives to the use of deadly force.”

McCarty explained that peace officers would be required to show that shooting their weapons was the only option they had…he addressed questions members of the community have had by noting that officers could call for backup or wait for “reinforcements” instead of shooting to kill first.

In Stephon Clark’s situation, officers appeared to be secure behind the side of a house, yet they opened fire and emptied the weapons on a Black man “armed” only with a cell phone. Under the new law, they may not have had the right to open fire, but would have been mandated by policy to call for backup and secure the scene, firing only on Clark if he posed a real danger to them or others.

But peace officers generally are afforded special protections by the courts – the reason that officers often state that they are “in fear for my life” – those exact words – is that courts have made it clear they don’t want to Monday morning quarterback an officer if they are ‘”in fear”  of their lives.

“This is a new broad coalition. But this is an old issue, rooted in our society and we must address the problem head-on. We know officers can do it; it’s happening in other communities. We want the community to look upon officers as friends and not be afraid to accept their protection,” said Weber.

“We are the subject of tyranny (in the Black communities) and a vicious system,” said Pastor Les Simmons of Area Congregations Together. He called for an “end to police violence and accountability” because the police are “out of control. I am tired of seeing blood in the streets.”

Other community speakers said the Black community has a “target” on its back, and called for the legislation as an “alternative to deadly force – shoot first and ask questions later. This is an epidemic; officers act like Black residents are enemy combatants.”

Other bill supporters note that while peace officers complain they have to make “split second decisions” in the field, the same goes for civilians when approached by officers who may kill them. “They have to decide whether to stay and be shot, or run.”

“If California can’t do it, who can?” asked Weber to end the press conference Tuesday.

The next step for the legislation is the Assembly Judiciary Committee later this month.