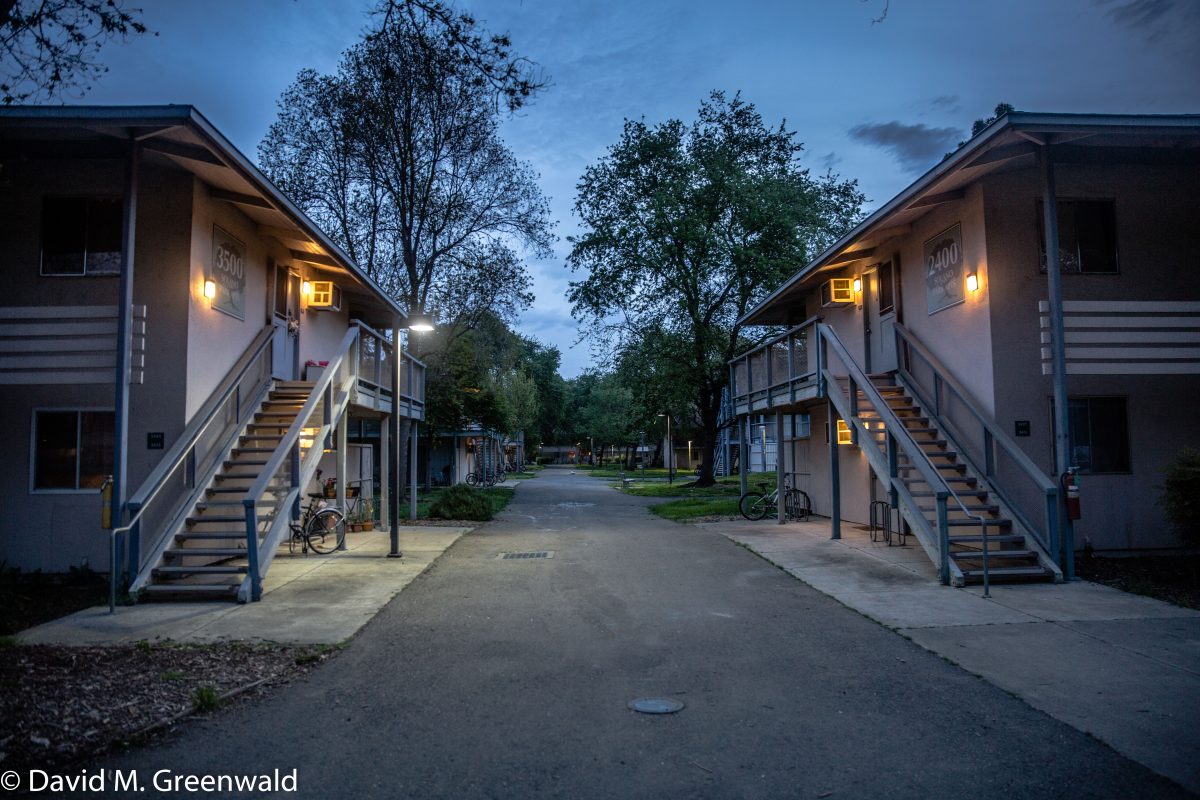 On March 8th, 2018, Emily Galindo, the Executive Director of Student Housing and Dining Services, sent out a survey on housing with the title: “Let Us Know What You Think.”

Here are the plans in that survey. They are hypothetical plans, but given the culture of this office, they could be the plans the university is considering implementing. Note the rental rates highlighted. 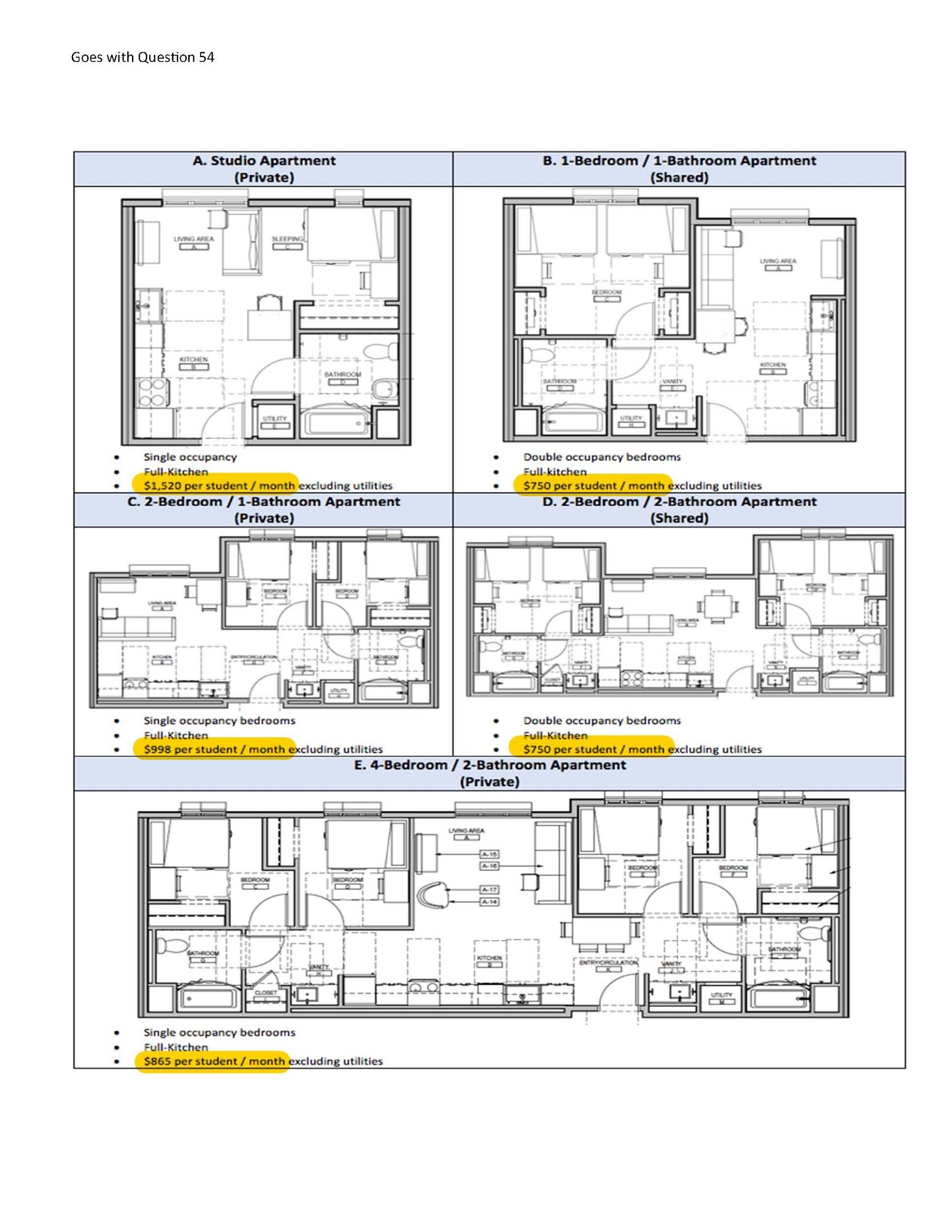 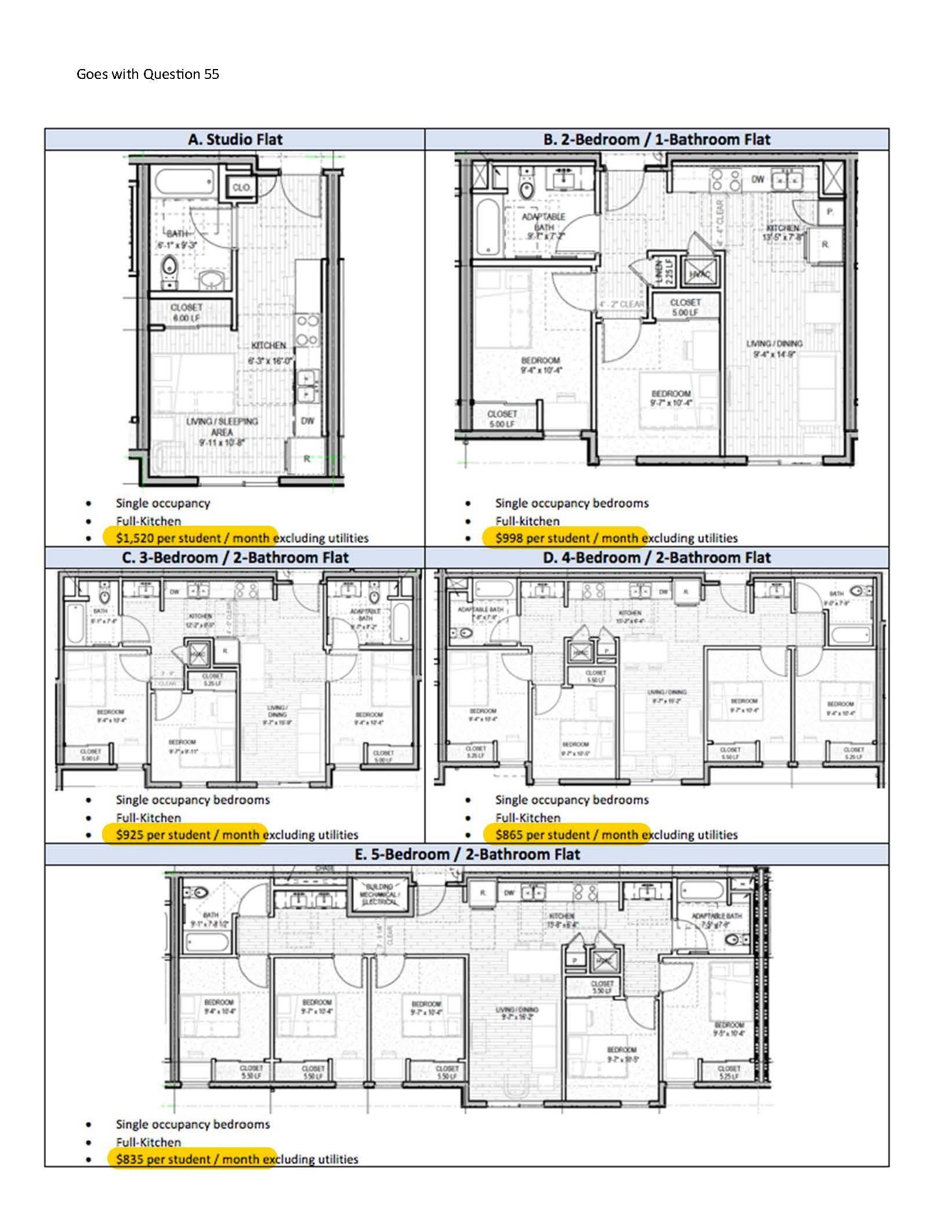 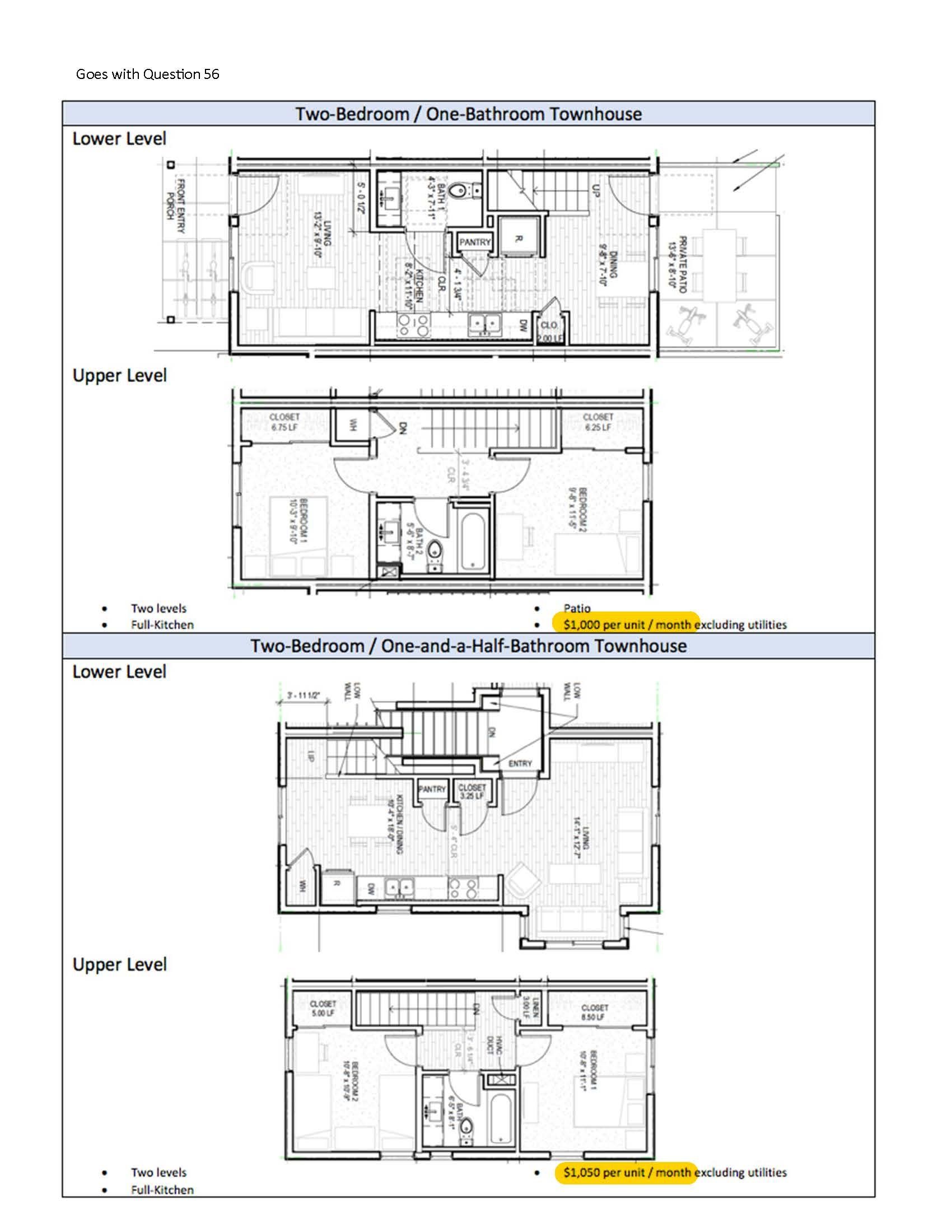 If we consider that student-families will be living in these units, these plans come to 52% to 79% of our income as Teaching Assistants[1]. In this survey, affordability seemed to be of very little concern, however, a considerable amount of attention was given to amenities.

Interestingly, several organizers for affordable housing at Solano Park (including myself) never received this survey directly from Emily Galindo. Only through friends outside Solano Park did we coincidentally find out it was being conducted. So I complained about this deliberate exclusion. Here is the conversation that ensued.

From Ramona P. Hernández the Director, Business and Financial Services: “This housing survey has been developed and is administered independently by a third party that is tasked with following standard practices for conducting such surveys.  The objective of the survey is to demonstrate demand for all housing types, as required by lenders considering financing this project. We are currently in negotiations with one vendor who will deliver not only family housing units, but single graduate and undergraduate units as well. Similar to the focus groups, it is necessary to broadly sample the UC Davis student population

to gather representative responses from all students.”

From Jill Ramsey, Asst. Project Manager of Real Estate Services: “The survey was sent out to almost 12,000 students which represented 30% of the entire student population to help minimize survey fatigue. The list of students was generated by Budget and Institutional Analysis (BIA) in coordination with the Registrar’s Office and then sent out by the bulk email team on campus. Nobody on our planning team has received a copy of that list to protect the confidentiality of the student responses. The survey closes on March 19th.”

So they want to broadly sample and minimize survey fatigue.

To speak to the first point: random sampling is not unbiased. In dealing with data, designing surveys, and conducting them, responsible researchers correct for the imbalance. Otherwise, the results of the survey will seem to just ignore smaller classes. In the field of statistics, these are the implications of observing a sample rather than the population. Therefore, the best practice in surveying is to over-sample the underrepresented population. In this case, the underrepresented population consists of graduate students, families, and low-income students. This generally describes the residents of Solano Park. I met the “third party” Ramona is referring to at a housing focus group. They reassured us that this survey would be sent to Solano Park residents. It wasn’t.

Let me repeat: the result of this study will end up ignoring smaller classes, groups of people whose presence at the university is threatened. This highlights the difference between designing places for the “right people” (the majority) versus designing spaces for the “excluded people”, and it proves yet again that UC Davis’ “commitment” to  diversity is to only seem less racist and sexist while continuing to be racist and sexist.

To speak to the the second point, our biggest source of fatigue with UC Davis has hardly been taking surveys. The last survey conducted of Solano Park and Orchard Park was done in 2013, when many current residents were not at UC Davis. The time I have spent on surveys pales in comparison to the time I have wasted talking to UC Davis administration.

When I demanded that this link be sent to the Solano Park listserv, Duane J Lindsey, the Executive Project Analyst of Student Housing, said:

“Emily Galindo, our Executive Director, as well as Ramona Hernandez and Mike Sheehan (Directors), would like to meet with you to discuss the housing survey that recently went out and your ongoing concerns with student housing.”

Their response is not to simply take five seconds to forward the link to the Solano Park email list, but to rather try to meet with me. How familiar. What’s next? Another committee on housing surveys to advise the Chancellor? Do we have to “To Boldly Go”[2] on this issue too?

Right after I voiced my concerns, Duane said that the meeting was for me to “voice [my] concerns.” When I asked, “Will they be doing anything about this survey and how we were sampled?” the response was silence.

In trying to transform institutions we learn about them[3]. The Office of Student Housing and Dining Services hears nothing – and when the wrong question is asked, they not only hear nothing but say nothing. All the new appointments in the UC Davis administration may make it appear that change is happening. But Emily Galindo has been promoted from head of Student Housing and Dining Services to interim Vice Chancellor of Student Affairs after she has consistently proven she is not at all concerned about student’s affairs. For example, under her tenure, the campus made the deeply misguided decision to demolish the only relatively affordable student-family housing on campus (Orchard Park) with no plans to replace it. Same person, different position: a difference without a distinction. This system, the UC system, is a system that is designed to thwart any attempts at changing it. In trying to change it, we have learned it will not move without constant pressure and protest.

[1] Most graduate students are not paid as much as a Teaching Assistant, and most are not paid during the summer months. Students whose rent-to-income ratios are over 30% are considered housing burdened.

[2] Chancellor May’s plan to fix issues with housing, food insecurity and health care is to send them out to committees. The message is clear: the students need to go away–so away you go to a committee.

15 thoughts on “Guest Commentary – Don’t Let Us Know What You Really Think: UCD Survey on Housing”