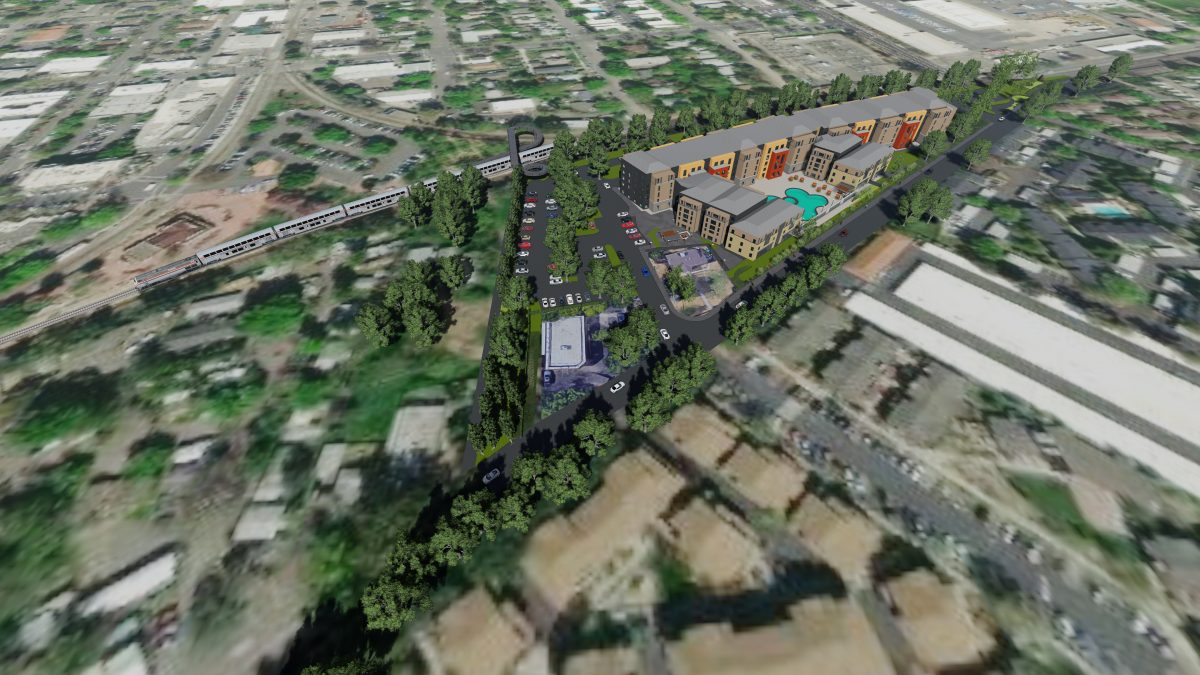 I made the mistake of believing that Lincoln40 was relatively safe from litigation.   As we noted about a month ago, in my view litigation on the Lincoln40 project will be difficult if not impossible, and we did not expect a lawsuit.

First, the fact that the project was a TPP (Transit Priority Project) would normally exempt it from an environmental report, therefore any EIR is actually by itself above and beyond the legal requirements – and thus it would be difficult to argue that the EIR was insufficient if the EIR was not even required.

The second problem is that a court has already ruled on the issue of the traffic study and impacts at Richards and Olive.  As such, any attempt to litigate might be vulnerable to summary judgments and perhaps the implementation of attorney fees.

When Susan Rainier, the named litigant on the case, wrote comments, here are some of the points she raised:

One of the key points she raised: “How can it be that the EIR does not give the University as the best alternative site?  They have plenty of land and need to step up and do what other UC’s have

done by building affordable student housing on their land.”

Later: “Housing for families, workers and seniors are needed yet none of those groups are people (who) will want to live there or pay unreasonably high rents for what it is, which is luxury student targeted housing, and where it is, one of the most heavily traffic impacted and toxic areas of Davis.”

Still later: “Each suite needs to be individually metered for water and energy and needs to be monitored to assure that the billing reflects the usage per unit.”

On sustainability: “A truly LEED GOLD v.4 building is a good marketing tool as well as providing the bar for achievement…  LPA is a leader in sustainability in Sacramento, why not in Davis?  The city needs to show leadership and set the bar high for sustainability not encourage business-as-usual holding back, doing the least possible and not pushing into the future where codes will be in very short time…”

She argued: “The project needs to be downsized.  Eliminate the swimming pool, students are not here in the summer, it is a waste of water.”

On the EIR she stated, “How can the project EIR state: ‘The city concurs with interested citizens that analysis of an on-campus student-housing alternative within this EIR would be consistent with the Intern of the Resolution adopted by Davis City Council  on December 20, 2016…’

“Yet then turn around and exclude UC Davis as a viable alternative site?”

Here she argued that the “city is taking all the risk with infrastructure & city services cost to only then serve the university, who has not stepped up with all the land they have to provide student housing like other UC’s have done.  Why would the city want to do this?  On campus is the most sustainable solution.  Students would be on campus eliminating commuting.  Why is the EIR trying to discount this?  It is illogical.”

She then added further, “City should really be also providing affordable housing for all, not just focusing on UCD’s housing needs.  UCD is not stepping up to provide nearly enough for its growth.

“UC Davis needs to provide far more affordable student housing on their campus with a minimum of 50% of their total campus student population like the other UC’s.”

In the response section of the Final EIR, the consultants state: “It should be noted that the Draft EIR did not determine that the Off-Site UC Davis Alternative site would not be a viable Alternative location. If this was the case, the Alternative would have been dismissed from further analysis in Section 6.3 of Chapter 6, Alternatives Considered by Dismissed.”

In short, Susan Rainier’s comments on the EIR were limited to ideological differences on where student housing should be, rather than focused on flaws with the EIR that would necessitate litigation in order to cure.

Moreover, she did not speak out against the project at the March 13 council meeting.

Is that important?  Possibly, as it shows she didn’t even attempt to use the policy rather than legal route to cure her concerns.

We hope to get a copy of the petition shortly.  But, given that a court has already ruled on the traffic impacts and the project was not required to do an EIR in the first place, it is difficult to imagine that the litigation will achieve anything other than delay.

It is fairly clear that Ms. Rainier, like a number of others, believes that UC Davis should be providing more in the way of housing.  She calls for more affordable housing on campus and housing a minimum of 50 percent of their total campus student population.  At this point, UC Davis is pledging to provide for 48 percent of the total campus student population.

Further, to call Lincoln40 a luxury apartment complex, as she does, misunderstands and misstates the market.  Lincoln40 is projected to provide housing at roughly $1000 to $1050 per bed.  That is only slightly higher than the market average according to the BAE report.

Moreover, Lincoln40 is providing a number of affordable beds ranging from $670 to $800, which are clearly below market.

Furthermore, while it is true that Lincoln40’s costs are slightly above market rate – they encompass fully furnished apartments, and they include the cost of water, electricity, gas, internet and cable.  The close proximity to campus means that the students conceivably pay for rent and food and nothing else.  That is, in fact, quite affordable for students in comparison to the rest of the market.

Finally, UC Davis has pledged to build housing over the next four to six years for about 5200 students, and allowing Lincoln40 to go forward would put over 700 additional beds online by 2020, alleviating the student housing crisis.

It is debatable whether on-campus housing is the obvious superior alternative, given factors such as encroachment onto agricultural land (discounted by Ms. Rainier through implication), cost, and the transportation realities of living close to campus.  Whether any of this rises to a viable CEQA (California Environmental Quality Act) suit remains for a court to decide – but, in our view, this is simply a delay tactic, that ironically could make housing more expensive for students and other vulnerable populations.

Does she care?  Do the living conditions of students matter at all to litigants of these lawsuits?