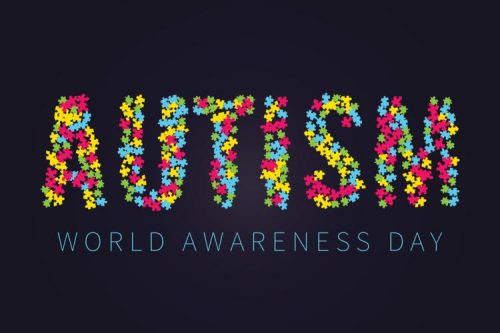 In her blog, titled Thriving in Holland, my wife Kate has written eloquently about the importance of April 2nd as World Autism Awareness Day. She opens, “On this day, we shine a light on autism in the hope that those living with autism will feel less alone and know that people around the world celebrate, support, and welcome their difference, their uniqueness.”

I originally recommended that Kate add the word “blue” to that light we shine on autism, acknowledging the efforts around the globe to raise awareness exemplified by the blue lights that today illuminate some of the world’s most famous landmarks, including the statue of Christ the Redeemer in Rio de Janeiro, the Empire State Building, and the tallest building in the world, the Burj Khalifa in Dubai.

Even though our family shall be wearing blue today as we celebrate our boy Jukie, Kate pointed out to me that many people with autism feel uncomfortable with the organization behind the “Light It Up Blue” campaign, Autism Speaks. Founded a dozen years ago by GE vice chairman Bob Wright, Autism Speaks has been accused of deploying disease metaphors when addressing autism. We might wonder if autism should be “cured,” for example, when people with autism see autism as inherent to their sense of themselves. They express similar concerns about rooting out the causes of autism, in part

because of concerns about choices people might make once we have a better understanding of such causes.

Any parent of a child with autism, such as Kate or myself, becomes an advocate for autism awareness in the act of advocating for a beloved child. That said, people with autism rightly question the extent to which well-meaning advocates may functionally silence those people with autism because of the focus on proxies, such as parents and organizations, rather than those who might more accurately and eloquently speak on behalf of those with a version of this syndrome, the people with autism themselves.

Indeed, an author friend of mine in Japan saw my retweet of Kate’s link to her blog entry and responded with typical insight: “It’s evident that your support comes from a place of love. You might not know, though, that many many #ActuallyAutistic people (including me) feel that Autism Speaks (the #LightItupBlue folks) do[es] harm to autistic people. You can read here, for example: http://metro.co.uk/2018/03/26/this-is-why-i-will-never-light-it-up-blue-for-autism-awareness-we-do-not-need-a-cure-because-autism-is-not-a-disease-7408706/ .”

I agree with the opinion shared in that Autism Speaks critique that we should all show more respect and love with people with neurological variance, and that more people with autism should serve on the board of such organizations. I also know that if he were asked to serve, our wordless and curious boy Jukie would quickly grow bored by the required meetings, and would lead me out the boardroom door into the bustle of E. 33rd Street so that we could gape like hayseed tourists at the actual Empire State Building which towers over New York a block from the Autism Speaks headquarters. And then our nature boy would walk me over to nearby Bryant Park or Madison Square Park to see how Manhattan playgrounds compare to those in Davis, California.

And I would follow Jukie to where he takes me, because that’s what I do, on World Autism Awareness Day, and every day. Happy April 2nd!

Andy Jones is a lecturer with the University Writing Program at UC Davis and has taught classes in writing and poetry.  He is also a two-term Poet Laureate of the City of Davis.

Share:
Tags:Andy Jones
Previous : Monday Morning Thoughts: Does a Prosecutor Have to Be Tough on Crime?
Next : Guest Commentary: Bargaining with the Emperor