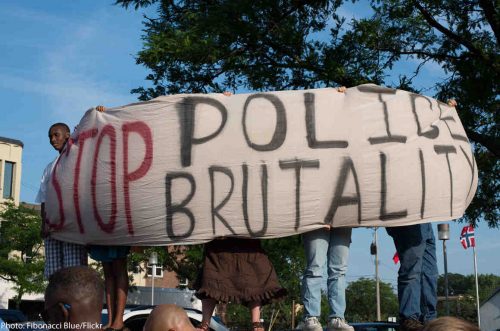 Back in 2006, the California Supreme Court in Copley Press v. Superior Court held that records of sustained misconduct charges according to the ACLU “are confidential and may not be disclosed to the public. The decision prevents the public from learning the extent to which police officers have been disciplined as a result of misconduct.”

Several efforts to legislatively overturn the ruling have failed, but new legislation by Senator Nancy Skinner, SB 1421, has been introduced.

SB 1421 would make law enforcement records related to officer use of serious or deadly force, or on-the-job sexual assault or dishonesty, available to hiring agencies and the public.

“Communities have a right to know what happens when an officer uses deadly force. Currently, unless an incident goes to court, the public may never be informed.” said Senator Skinner. “This is a sunshine ordinance; that will help build trust and accountability.”

This week that legislation passed out of the Senate Committee on Public Safety, following over an hour of emotional testimony, and will now go to the Appropriations Committee.

The ACLU, a co-sponsor of the legislation, responded, “We are thrilled to see SB 1421 (Skinner) move forward and stand united in our belief that California must end the secrecy surrounding police

use of force and job-related misconduct, including the withholding of records of investigations into officers found guilty of sexually assaulting or planting evidence on innocent members of the public.

“For years, peace officers have enjoyed an unparalleled and unnecessary level of secrecy that allows them to keep their abuses hidden from public view. SB 1421 is a much-needed bill that will restore public access to this information to help hold officers accountable and begin to rid our communities of police harassment, abuse, and violence,” they stated in a press release.

“Twenty-seven other states – including Texas, Alabama, and Kentucky – make officer disciplinary records available to the public in some form. It’s high time California catches up and passes SB 1421.”

California’s existing confidentiality rules on law enforcement records, which SB 1421 would modify, are among the most secretive in the country. Under existing law, the public and hiring agencies do not have access to internal reports or investigations into officer use of force.  These restrictions erode public trust, and can allow officers with repeated incidents to bounce from agency to agency, undetected.

Specifically, SB 1421 would require law enforcement agencies to give the public access to records related to:

“The passion we saw in today’s committee hearing shows we need better transparency to build trust between law enforcement and the communities they serve,” said Senator Skinner.

“Building trust between police and communities has to start with transparency,” Senator Skinner said previously. “SB 1421 ensures that when officers use serious or deadly force, engage in sexual assault or are dishonest in carrying out their duties, the public is informed.

“The vast majority of our law enforcement officers have excellent records,” she said.  “SB 1421 will help us hold accountable the few bad actors and build greater community trust in law enforcement.”

The legislation is supported by the First Amendment Coalition, which argues it “would bring long-overdue transparency to records relating to police misconduct.”

The group argues that law enforcement officers are alone among public employees “in being able to keep secret even confirmed allegations of misconduct.”  They write, “California has long been an outlier in the degree to which it allows records created by law enforcement to be kept out of public view. Many if not most states require, for example, the disclosure of police reports; California does not.”

They add, “California unlike a majority of states requires secrecy for records about alleged (and even confirmed) police misconduct.”

The group argues, “There is no principled reason in law or policy for police officer misconduct files to remain under this shroud of secrecy. Given the extraordinary power and discretion law enforcement officers have, when they abuse the public trust, the public is entitled to know about it and to know the details. SB 1421 would begin to shed some light on records that have been in the dark for far to long, and so FAC strongly supports the legislation.”