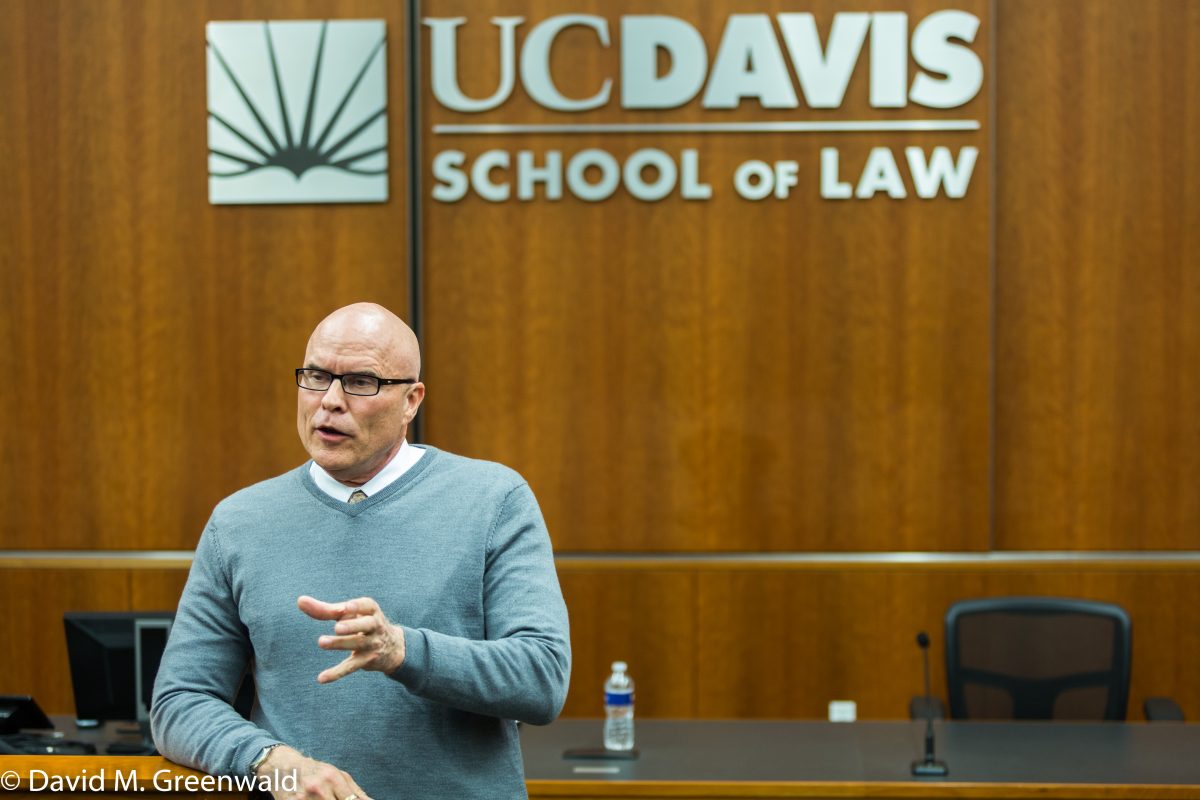 Students at UC Davis’ Law School invited both DA candidates to participate in a candidates forum.  Challenger Dean Johansson showed up, but incumbent Jeff Reisig was once again a no-show, never responding to multiple requests for participation.

Dean Johansson pointed out in his opening remarks that former Justice Jackson said, “There’s no other person with as much power in the criminal justice system as your local prosecutor.  Power over your life, liberty and reputation.”

He cited another prosecutor stating, “The district attorney holds the keys to the front door of the courtroom and the backdoor to the jail.”

“It’s hard to think of another person who has more power,” he said.

In reference to the Stephon Clark shooting, he pointed out that the DA “has never found that a police killing has not been justified.”

Mr. Johansson said he ran into Jeff Reisig on the street and asked him if he would debate him, and he said he was too busy.

He then responded to questions from moderator.

Why are you running for district attorney?

“I didn’t have a choice.  I had not intended ever to be a politician.  I was helping an individual by the name of Larry Eichele, who years ago I told him, if he ever ran, I would walk precincts for

him.  When he suddenly declared, it was very surprising actually, he was attacked internally in the office…   He withdrew in December.  It left a void…  I got a bunch of groups excited about having an alternative finally.  Jeff Reisig has not been contested since 2006, when he first came in.  He ran unopposed.  This happens throughout the country, 85 percent run unopposed…

“Bottom line, I looked for someone else to take his place – I really wanted a female and couldn’t find one.

“I realized I very well couldn’t ask someone else to do what I wouldn’t do.  So that’s why I’m standing here.”

If elected, what would you do as District Attorney?

“If you look at Davis which prides itself on being so progressive, if you actually look at the numbers, the statistics, it tells a completely different story.  Yolo has the highest jury trial rate in the entire state.  In 58 counties, we’re number one.

“We have one of the highest acquittal rates actually…  41 percent acquittals as compared to the state average which is 16 percent.

“Progressive laws and propositions that have been fighting this mass incarceration, this ever-widening prison-industrial complex.  Yet in every one of these instances, the DA’s office here has been in opposition, has been fighting them.

“The DA’s position here is not in line with the county of Yolo – which over and over again has voted to pass these ordinances.” 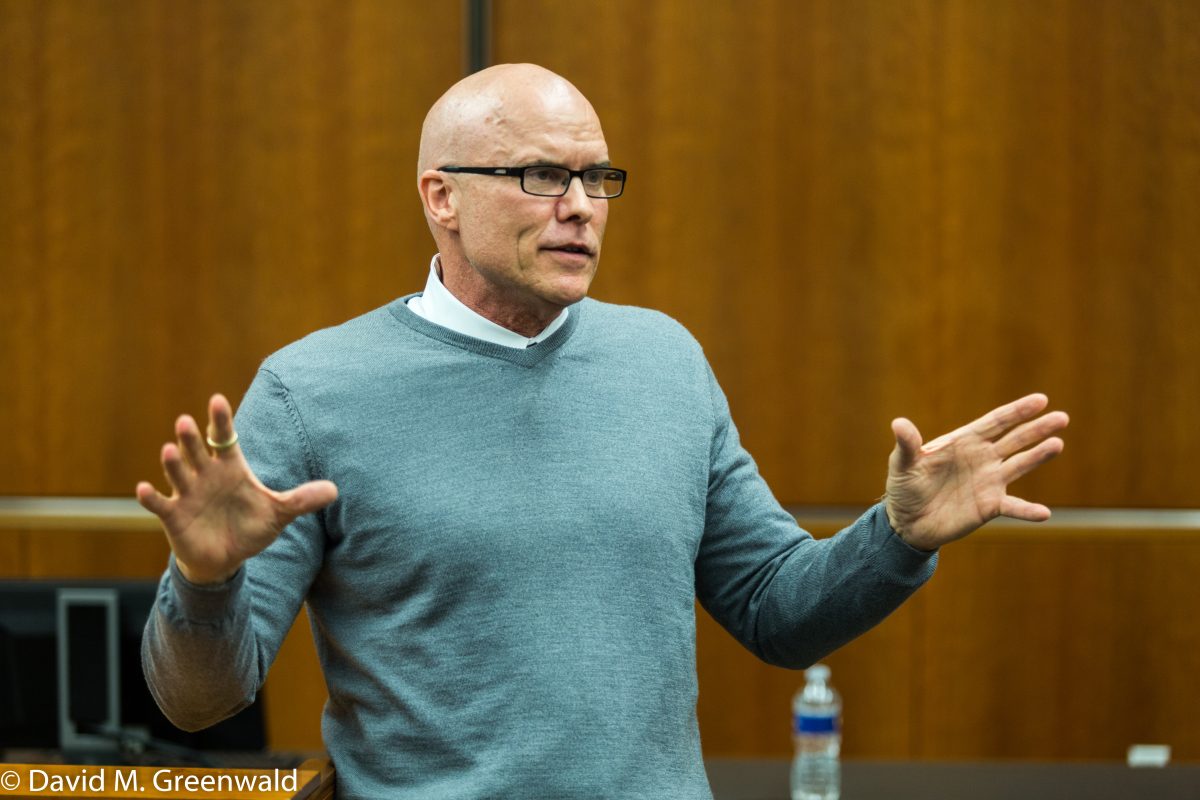 There were also audience questions.

How will you bring the rank and file prosecutors on board…

“Jeff Reisig is one of four people at the top who would be gone.  There another three (who) are at will.  There’s a culture…  There are those in that office that are great attorneys…  Larry Eichele and Alvina Tzang are two personally that I think are great attorneys.  They would be promoted to run the office…

Has Jeff agreed to any forums?

“I did track him down on the street when he was walking to the courthouse…  I went up to him, I honestly didn’t know if he was going to swing on me or what, I was a little intimidated.  The bottom line is we shook hands, agreed not to hit below the belt.  I asked him if he would debate me and he told me that he was busy.

“I thought busy for the next four months, I’m not sure how that works.”

Who Oversees the DAs?

“That’s a very interesting question.  At some level there’s the attorney general that can.”

He mentioned the incident in Tulare County where he was a whistleblower: “I tried to get the attorney general involved.  I tried to get the FBI involved… It was at best given lip service.  There’s very little oversight.  Political, that’s it.  About the one avenue we have to respond is at the ballot box.”

He was asked about police issues.

“The bottom line is there needs to be independence.

“There was a Public Records Act request for the Yolo County DA’s policy manual – it wasn’t turned over.  It was refused.  In that policy manual, I believe there’s material that shows the collusion between law enforcement and the DA’s office.

“The District Attorney determines whether an officer involved shooting is justified or not and almost categorically, unless there’s something else going on, you don’t see District Attorney’s offices ever finding it wasn’t justified.

“What I would do differently is I would hope to bring in citizen oversight.  I tried to do it here in Davis years ago.”

There is a debate scheduled in Woodland on April 18 that Mr. Reisig has committed to attend hosted by the League of Women Voters.  To date that is his only commitment for participation in a candidate’s forum.