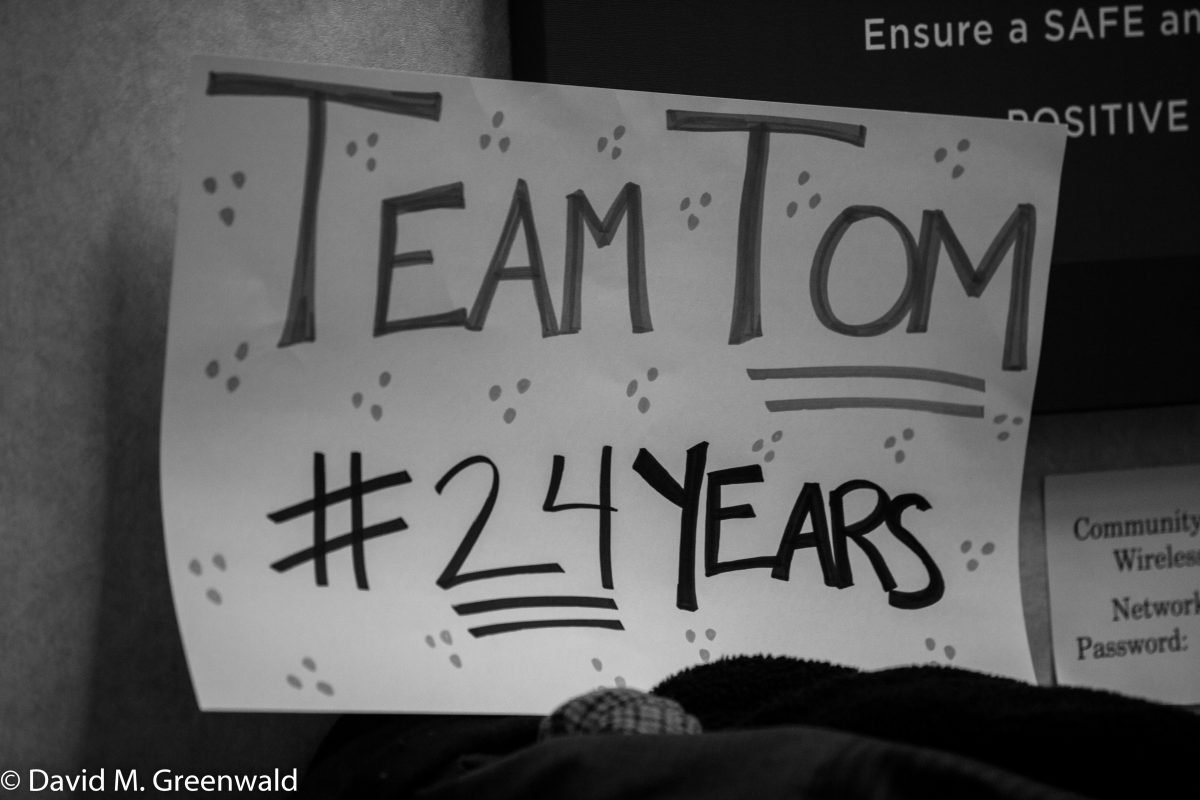 Two weeks ago, the DJUSD School Board delayed approving the decision on the hiring of a new principal at Davis High after 70 teachers showed up at a closed session meeting to protest the selection by the administration.  The school board only directly hires and fires the Superintendent, while every other hire in the district is made by the Superintendent, though ratified by a vote of the board.

The choice made by the district was to go with an outside hire and, because this was a personnel decision, we are not privy to the details of the hire.  However, we do know the concerns raised by the teachers – who overwhelmingly support former Vice Principal and interim Principal Tom McHale.

The teachers are angry.  As one teacher, Sherri Sandberg, speaking during public comment at the meeting ten days ago stated, once the teachers learned of this decision at the staff meeting on Wednesday, “it was dead silent.  People were crying and afterwards people got angry.”

Indeed, they were able to mobilize 70 teachers to come to the closed session portion of the meeting within one day.

Kelly MacInturf, reading a letter, stated that the administration could not give the teachers a straight answer for what their vision for DHS was.  She concluded, “I feel that by not hiring Tom as principal, the district is continuing to demonstrate a lack of respect for educators which makes me wonder if DJUSD is the place for me to teach long term.”

That was a common theme, Holly Istas said that she feels the decision sent a clear message that the teachers’ input “was not valued, that surveys and meetings were just lipservice and the district

office was going to do what it wanted to do regardless of how it impacted the teachers, students and staff.”

She said, “Today the teachers and staff are demoralized, defeated and angry.  They feel betrayed and let down because the district is doing again what it has done before – hiring someone from the outside who will come in with an agenda and who will leave in a couple of years after they get a better job offer at another school.”

Jacob Moore said that Tom McHale as vice principal and interim principal “is somebody who on a very personal level been there to support me.  He has come to my classroom countless times to have one-on-one conversations with me and offer me his support – whenever other administrators were unable to do so.”

He said, “I strongly believe that Tom McHale is the leader that our school needs.”

One of the problems cited by the teachers is that there have been roughly six principals in the last decade at Davis High.  Too many principals have been hired because on paper they appear to be dynamic leaders, but they are coming from outside of the district to use the position as a stepping stone.

They view Tom McHale, who has been at DHS in some capacity for 24 years, as someone who is committed to the school, not someone who would use the position as a stepping stone.

Holly Istas read her own letter stating that, when Will Brown stepped down, “the district had a distinct opportunity to change course and end the practice of hiring principals who were merely using Davis High as a stepping stone in their careers and to hire Tom McHale, a person who has devoted most of his career to the students of Davis High and the people of the Davis Community.”

But, while Tom McHale is clearly what the teachers want, it is less clear what the administration is looking for or thinking.  It is also unclear just what the Superintendent intends to do, but we might find out soon as the next agenda should come out on Monday.

Meantime, students are not necessarily behind the hiring of Tom McHale. 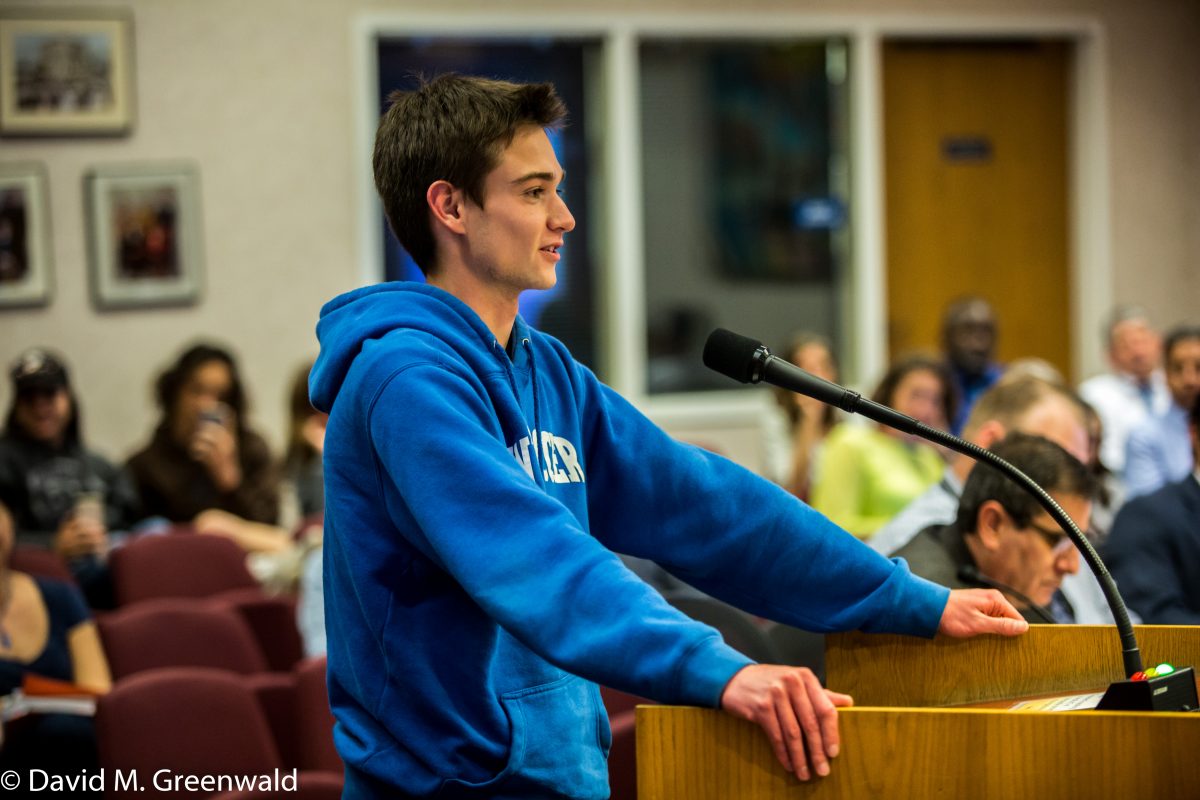 Karin Swenson, a senior at Davis High, offered a contrary opinion. He said that students feel that the school has treated them in a similar way to how the teachers feel treated by the district. “As students, our opinions are not heard in the way they’ve been recently.”

He said that “the administration has made an attempt to just squash (traditions) in a way that has not been beneficial for students. They seem unwilling to hear concerns from us as students for why these changes are not good for us.”

He said, “I would like to offer my support for looking for new candidates for Davis High School Principal.”

An email received by the Vanguard this week indicated that “students are very frustrated and upset with this administration, do not feel heard, listened to, or respected, and Mr. McHale would not make a good principal.”

One of the big concerns is a dance contract where he was said to have “made no effort to listen to student feedback or concerns and actually amend the arbitrary and strange dance contract that was put out in February.”

The contract, (located here), was not well received by the students – some of which seems like common sense (“No inappropriate or suggestive dancing such as, but not limited to, “grinding” will be allowed.” And “no simulated sex acts.”).  On the other hand, other rules seem more arbitrary like (no bending over, no front to back dancing, and “all students must be upright at all times with at least one foot on the floor.”

The contract states, “If dance rules are broken lights may be turned on and remain on until the conclusion of the event. School personnel will make the final decision concerning appropriate dancing. On entering the dance, students may be subject to a search.”

It seems like the complaint is that there was no discussion over these rules and they were seemingly arbitrarily imposed.

The district clearly has a problem on its hands that it will have to figure a way to navigate.  We will see what they choose to do.

One thought on “Sunday Commentary: District in Hot Water over DHS Principal Hire”