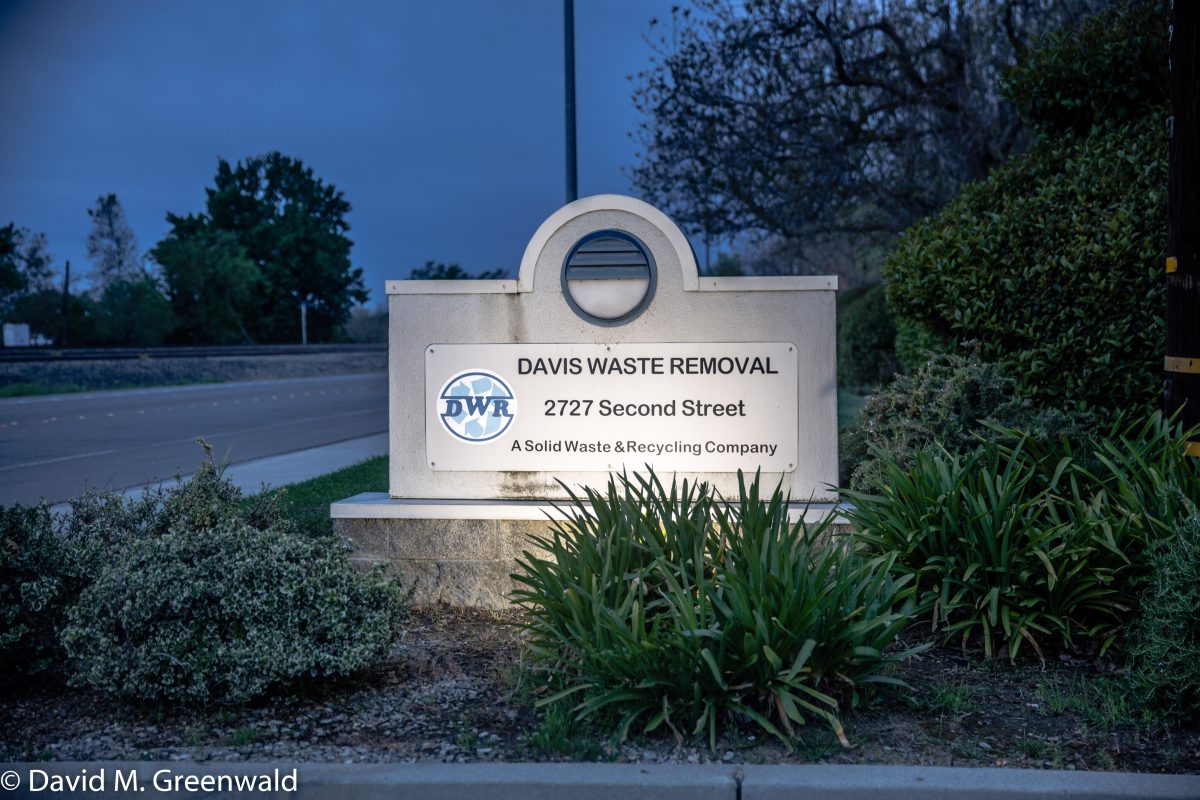 According to a release, Lorenzo Kristov was scheduled to present to the City Council last night prior to its closed session on the Utility Rate Advisory Commission (URAC) recommendation adopted on Monday evening.

“The URAC recommends that the City Council defer action on the DWR transfer and undertake a thorough comparative analysis by an independent third party and public discussion of the benefits and costs of a city acquisition of the DWR property versus the current plan to transfer the property and business to Recology, including the three sources of ratepayer value identified by the URAC task group.”

The chart is a quick analysis that the URAC task group did in cooperation with Matt Williams and others. A version of this was presented to URAC on Monday night. 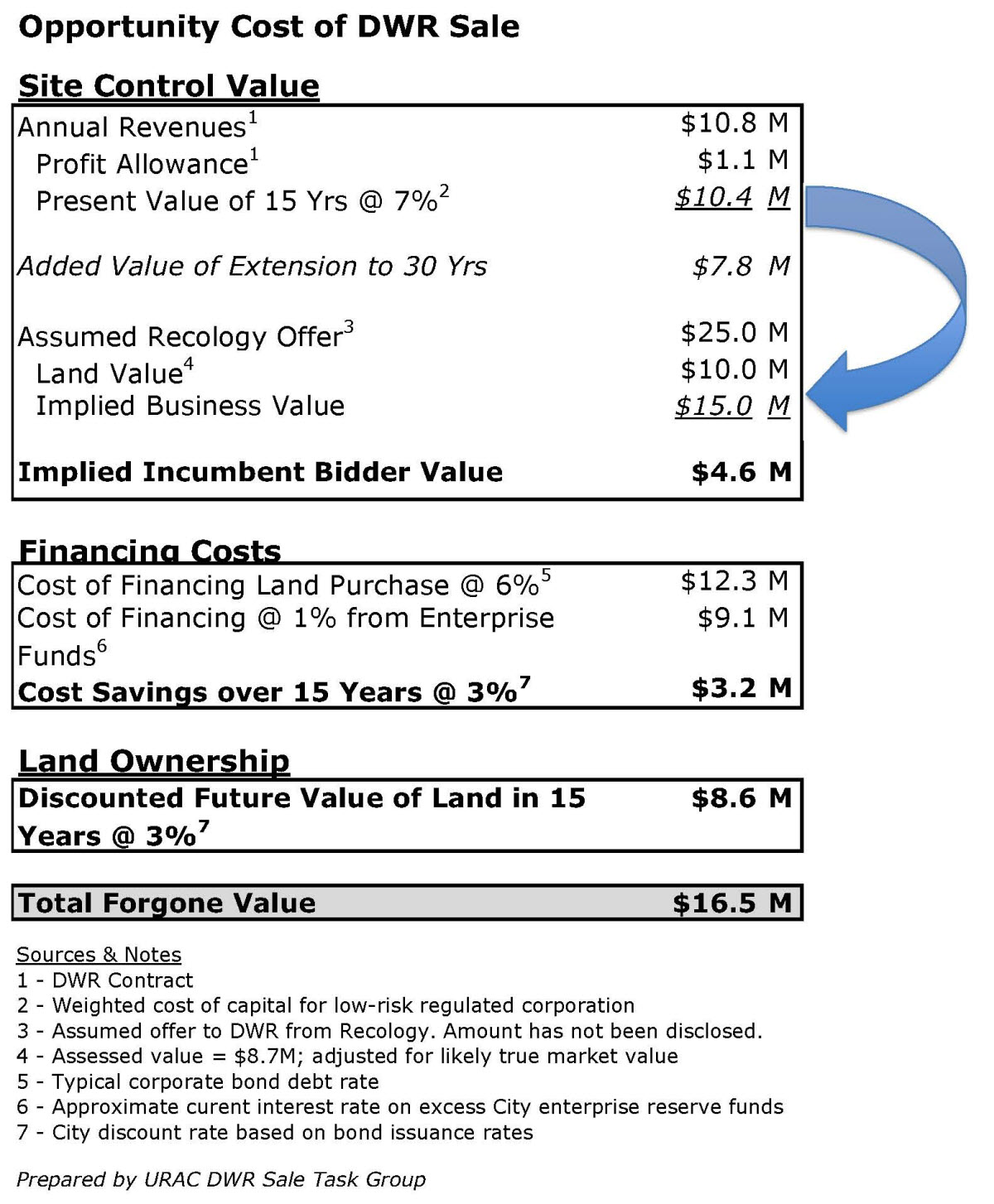 Back in February, the council voted unanimously to move forward with a waiver of the right to first refusal to purchase any or all of DWR’s business facilities, thus paving the way for the Recology transfer.

Council felt like at this time they were not equipped to set up their own MRF (Material Recovery Facility), however this agreement would give them the option to do so in about a decade.

The URAC is comprised of eight members, five of whom including the chair Gerry Braun spoke in February at the meeting, along with about 20 members of the public.

Richard McCann told the council, “To be honest, I feel blindsided.” He explained, “We knew about this… January 22. We had a subcommittee appointed to help the staff assess this, they did not inform

the subcommittee that this was occurring. They gave no opportunity for input.

“This is going to have a big impact on rates,” he said. “Now we’re left with two days in which to make a decision, with no input from our commission. It might be a good deal, I don’t know, we haven’t been able to see it.”

Elaine Roberts Musser told the council, “This has more been one of process. This has been more a blind process where citizens really haven’t been given any chance to give input and you have several commissions eager to give input and we can’t because we really don’t know what’s going on.”

Johannes Troost, speaking as a citizen, asked, “Do we need to have a hazardous waste assessment before any sale is made for the building so that we have a bench mark should something come up in the future?” He pointed out that DWR has had this for 35 years and now Recology would take over. “I don’t know what the legal issues are but I haven’t seen any financial assessment of what the potential liability is for the hazardous waste that exists now and who would pay for it – or anyone would pay for it?”

Chair Gerry Braun added, “I want to point out one thing, that when this issue first came up, several months ago, the URAC took the initiative to discuss and form a recommendation for the city council on the right of first refusal.

Jacques Franco said, “You now have an historical opportunity to give us control over the way that we handle waste.” He noted that DWR has operated for 45 years and has never been subjected to a competitive procurement process. “Should we give up the control of the Second Street property, I think you can say goodbye to that opportunity forever. I’m urging you to reject the proposed resolution.”

In this case, the council believes that, due to the confidentiality involved in the discussions over this arrangement, they had information at their disposal that the public did not and they also believe that they will have the opportunity when the Franchise Agreement expires in 2027 to revisit the practicality of the MRF at that time and be in better position to move forward.

(Editor’s note: All of the figures in the charts are estimates and are not official city numbers)