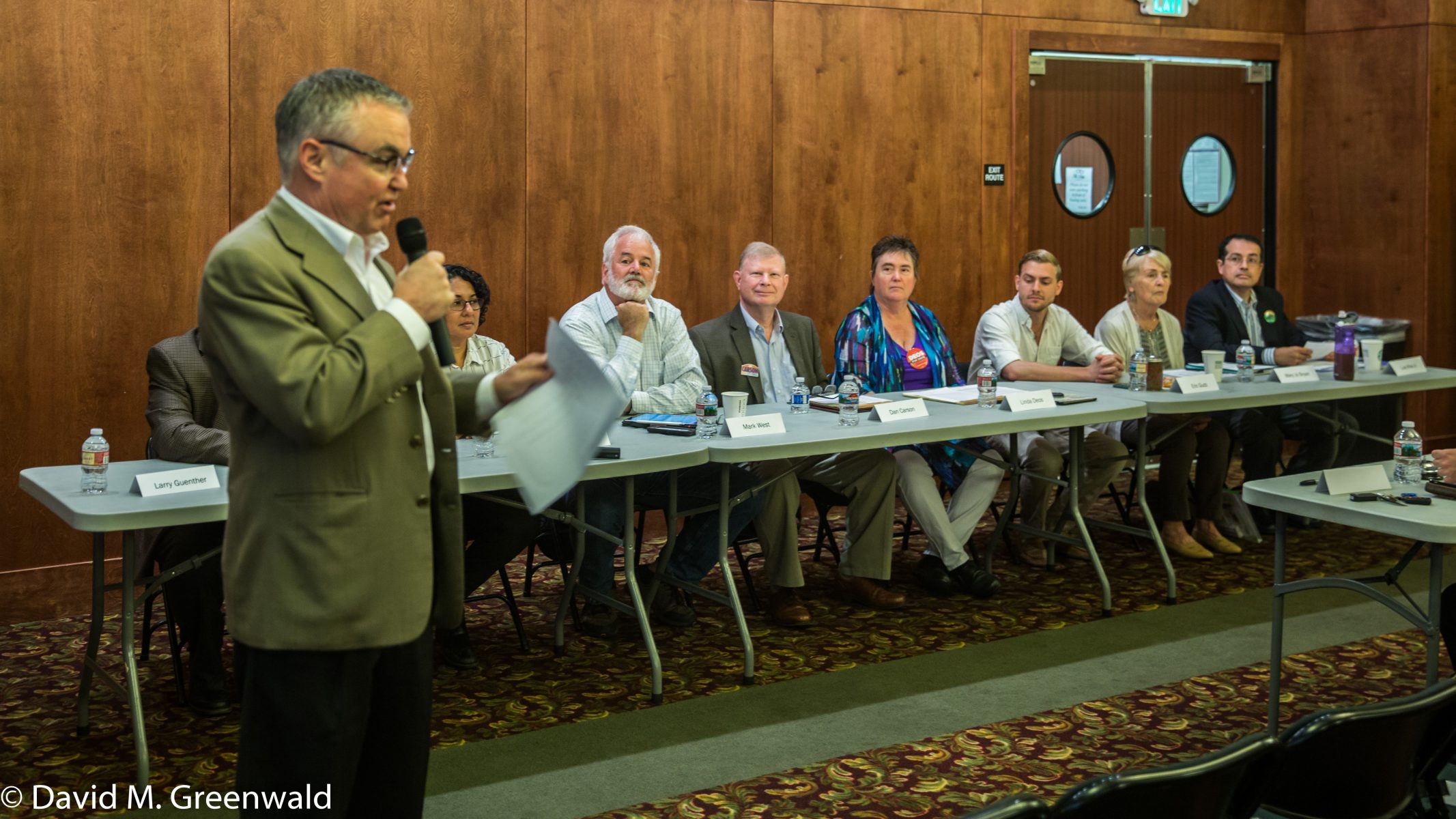 A reader wrote in and asked an interesting question – which candidates are realistically most supportive of new housing?  They are looking for “realistic support of real housing” not “those who might support theoretically perfect housing projects that would never happen.”

In order to break that down we have four key criteria: (1) Nishi; (2) West Davis Active Adult Community; (3) General Housing; and (4) Measure R.

Ezra Beeman: (1) Opposes Nishi; (2) “No, as currently proposed. This project is evolving and it should be part of a comprehensive general plan update to see if the community supports the project”; (3) From what we can tell he has opposed most major projects; and (4) “I support Measure R without reservation.”

Mary Jo Bryan: (1) Supports Nishi; (2) “Yes, the development provides housing to meet an internal need of housing in the city”; (3) Has favored most projects except for Sterling; and (4) Has opposed Measure R in the past and may be willing to change it in the future.  “For me the General Plan Update and the 2020 voter decision about Measure R share similar timelines, and also

should share a similar future.  They both need broad citizen input through public meetings and workshops.”

Dan Carson: (1) Supports Nishi “because it would provide housing for 2,000 residents in a location next to campus and near downtown that would not create traffic or other problems for our existing city residents”; (2) Has not taken a position on WDAAC, but did say: “I am supportive of the concept behind this project because of the shortage of housing for our aging population”; (3) He has supported most if not all major projects; and (4) Supports Measure R.

Linda Deos: (1) Supports Nishi “because of its close proximity to UCD, the type of housing proposed (including the affordable component), the mitigation being done to address the air quality issues, and the traffic flow through campus”; (2) “I support developing the site proposed for the WDAAC if there are more of the smaller homes built or other entry-level type housing with only single car garages”; (3) Told me that she determined her support for housing project by project; and (4)  “I support renewal of Measure J/R in 2020.”  However, she did tell the Vanguard that if Nishi and WDAAC failed, we would have to reevaluate things.

Eric Gudz: (1) Strong supporter of Nishi; (2) Inclined to support; (3) Has generally favored new housing and has made it a centerpiece in his campaign; and (4) He is favor of renewal, but says, “We should consider some adjustments that give project proponents a better idea of what kind of development we want on our periphery – like setting certain standards for projects to qualify for a Measure R/J vote.”

Larry Guenther: (1) Opposes Nishi, arguing it needs to be more dense and provide more housing; (2) Has the same view of WDAAC; (3) Was a strong opponent of Trackside; and (4) Strongly in favor of Measure R in its current form.

Gloria Partida: (1) Supports Nishi; (2) Unsure; (3) Has generally supported housing projects and has expressed concerns that current housing policies have changed the community and made it difficult to afford to live in Davis; and (4) Has consistently stated that she supports Measure R but “I do believe (it) needs to be modified.”

Mark West: (1) Supports Nishi; (2) Does not support WDAAC “as I don’t support age restricted housing or the addition of a new subdivision of detached single family homes on the periphery”; (3) Overall a strong supporter of housing and believes we need more of it; and (4) Only overt opposition to Measure: “I believe Measure R is a major impediment to meeting our housing and fiscal challenges. It has resulted in leapfrog developments south of Woodland and on campus, thereby failing to protect farmland as promised, and has been used to block all housing and commercial development on the periphery, leading to our housing shortage and severely limiting economic development. I cannot support the continuation of a policy that significantly harms the majority of residents in town, and believe that Measure R should be repealed.”

On the other end, only two candidates oppose the current Nishi project – Larry Guenther and Ezra Beeman.  I would probably say that Mr. Guenther is a bit more pro-housing than Mr. Beeman.  Mr. Guenther seems inclined to support a more dense Nishi, while it’s not clear that Mr. Beeman would.  Clearly, the slow growth community is backing those two candidates.

That leaves six in the middle.

Eric Gudz has been a very strong supporter of Nishi and the need for more housing.  He sees students and workers being priced out of Davis.

Mary Jo Bryan was a strong opponent of Sterling, but has been a longtime supporter of more housing in Davis.

Gloria Partida has been a strong supporter of housing overall and is inclined to look at ways to change Measure R.

Dan Carson is a bit more cautious – he has set up criteria for supporting projects including fiscal impacts, has not taken a position on WDAAC, and has unequivocally stated he supports Measure R.

Linda Deos is generally regarded as more moderate – there have been projects she has opposed.  She has kind of waffled a bit on Measure R – currently she supports it but would reevaluate it if the current projects fail.

I would probably rank the next five in that order.  Luis Rios is harder to characterize and we don’t believe he has much of a chance to win, although he does claim to support the projects and Measure R.

10 thoughts on “Analysis: Which Candidates Are Most Realistically Supportive of New Housing?”