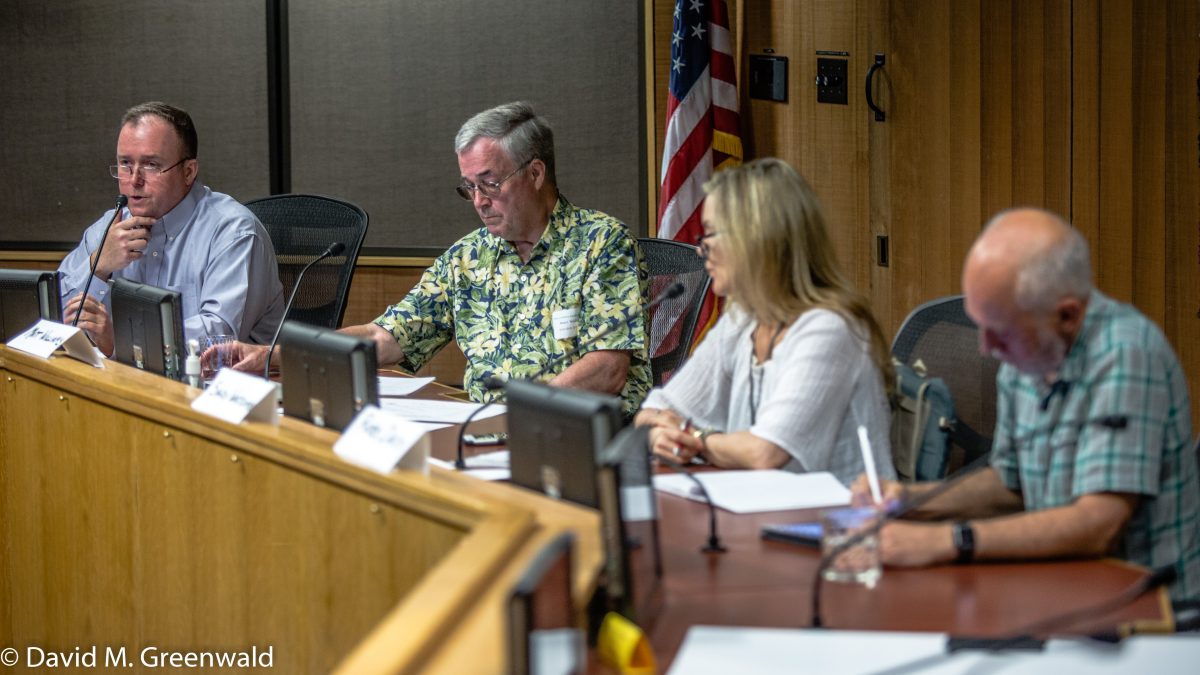 There is an old adage in politics – when you find yourself in a hole, stop digging.  But Colin Walsh and Matt Williams just can’t help themselves.  They start a two-part series attempting to get out of the rabbit hole, only to, by the second part, throw themselves right back in – piled higher and deeper.

Colin Walsh and Matt Williams offer a response to my column from last Wednesday, “Enough with the Weird Red Herrings.”  They argue, “The Davis Vanguard’s article of May 9, 2018  is a disservice to the Davis Community. Instead of addressing the main body of the CivEnergy Measure J Forum, the Vanguard article goes down a rabbit hole of answers given in response to audience questions.”

The problem here is that they fail to acknowledge the role that Mr. Walsh plays in taking us down the rabbit hole and then they both jump right back in during the second part of their response.

That means Mr. Williams doesn’t appear to buy into the air quality problems of the site.

He posted yesterday, “[M]y position on air quality has always been crystal clear … specifically, that if the health risks associated with the Nishi site are appropriately mitigated, then housing on

the site needs to be maximized.”

Mr. Williams acknowledges, “We have a serious housing problem in Davis,” and he doesn’t view this as a problem for UC Davis to solve.  Instead, he argues, “The Nishi developers proposing 2,200 student beds when they could be proposing between 5,200 and 7,000 student beds (leaving 3,000 students without available housing/shelter) is a massive waste of an opportunity.”

He writes: “I have been told by CEQA experts that a technical update of the 2016 Nishi EIR to cover a 5,200 bed project would have taken no more than 6 months.  If that is true, then a Nishi project that removes over 5,000 UCD students from the mini-dorm conversion marketplace could have been on the November 2018 Ballot.”

Where I find disagreement with Mr. Williams is with the practicality of developing a 5200-bed project when previous projects were voted down.  Moreover, while I agree we need more beds, I think Matt Williams is allowing the perfect to endanger the good.

What he fails to acknowledge is the choice is between 2200 and 0.  Which is better?

My additional problem with Mr. Williams’ analysis is on the fiscal side.  He is asking the developers to double pay for infrastructure – not only paying for the cost of development but also asking them to foot the bill for life cycle.  While that may seem a fair approach, the developers have already agreed to be privately responsible for most of the infrastructure; asking them to cover the life cycle costs as well means current residents will have to pay for current buildings as well as future infrastructure replacement costs.  That’s an undue burden on them at a time when

affordability concerns are already on the forefront.

My additional concern is that the Nishi opponents are adding in costs – for example, for police and fire – that frankly are not being caused by Nishi.

Matt Williams responds to my comment, “I’m skeptical that in real dollars this is going to add much cost,” by arguing that “my suggestion is that you would be much better served by reaching out to David Zehnder of EPS [Economic & Planning Systems, Inc.], and to Police Chief Pytel and Assistant Fire Chief Martinez.  They are the primary (first-person) sources of the information you are expressing frustration about.  If you have a valid argument, it is with them.  By calling me into question, all you are doing is shooting the messenger.”

But that’s like calling Bobby Weist of the Davis Fire Department to see if the expected salary hike is necessary.  What is he going to say, no we don’t really need the pay increases?  Likewise, Chief Pytel and Assistant Chief Martinez are unlikely to argue we do not need additional costs built in to Nishi.

While I may disagree with their rationale on air quality and fiscal impact as those are at least legitimate arguments, the problem is that they can’t help themselves – or more likely, Colin Walsh cannot help himself – on part three.

Colin Walsh and Matt Williams continue to double down on the site access issue.  They argue: “There is reason to believe the Nishi developers would want to trigger exactly such a crisis that could result in a connection to Olive Drive.”

They tried make the weird argument that the developers could build first and then take it to the voters, but Sandy Whitcombe pointed out there would be no way a bank would finance a $100 million project that has no way to get folks to and from their houses.

Mr. Williams and Mr. Walsh double down on their absurd argument: “Frankly we have no way of knowing if the developer intends this, but it is clearly sloppy work on the part of the city to leave this door open. This is not a ‘red herring’ as Sandy Whitcombe claimed at the forum; this is just one way the loopholes left in the ordinance could be exploited if the developers were inclined to do so.”  (This was posted on the part two on another website which is apparently different from the part two posted on this site).

In the real world, no.  But in the authors’ world, there is apparently a chance.

Likewise, Mr. Walsh and Mr. Williams double down on their affordable argument, arguing, “Once the City learned of this potential loophole, the City manager issued a statement that cites a city attorney opinion that a change to the affordable housing plan would be considered a change to the baseline features. Clearly the City saw that the language was not clear and need further clarification.”

Actually, the reason the city issued the statement is that Colin Walsh and Matt Williams raised this objection and the Vanguard sought clarification.

As Robb Davis pointed out at the forum, the city has locked itself in by making the statement that they have done this, so this is a non-issue.

Mr. Walsh and Mr. Williams ironically object that the Vanguard has not addressed the main body of the forum, but then double down on their weird red herrings.

45 thoughts on “Commentary: Opponents of Nishi Should Stop Digging into Their Weird Red Herrings”