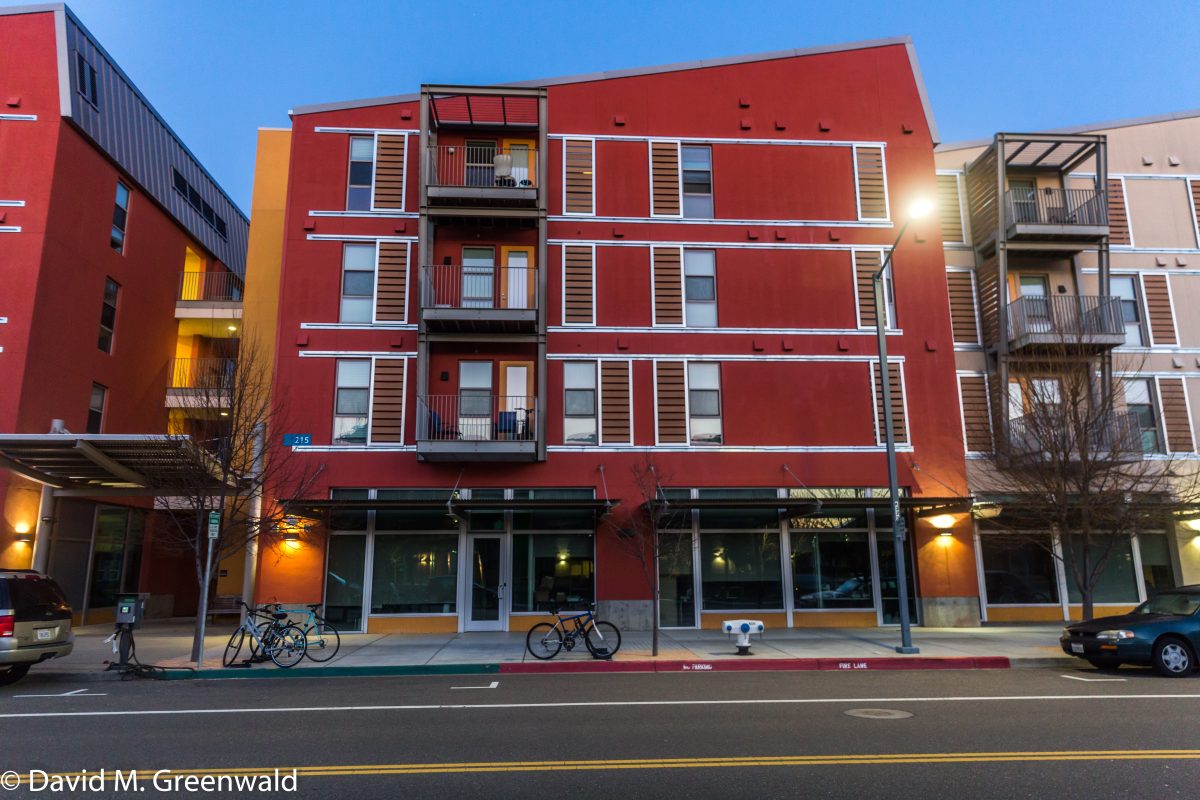 This week, the Davis City Council placed their LRDP Response on the consent calendar.  There were several members of the public who spoke during public comment in response, including two candidates, Dan Carson and Eric Gudz, as well as Greg Rowe and Eileen Samitz.

The Vanguard at this time believes that, while the university remains just shy of the goal of 50 percent of total university campus student population being housed on campus, the primary focus of the city should be in two areas: affordability and ensuring that commitments are met.  This commentary will address a third area as well – compensation for impact.

The city continues to push for 50 percent: “The University will commit to housing a minimum of 100 percent of the projected student enrollment of all new incoming students and at least 50 percent of total University campus student population in the LRDP.”

While this would be a hope – at this point the university has gone from 6200 to 8500 to 9050 beds.  That still leaves them short of the 10,000 new beds needed to provide housing on-campus for half the student population, but it does dramatically move them in the right direction from 28 percent to 48 percent.

A lot of people continue to put blame on the university for not providing the housing that other campuses do on campus.  However, from our analysis, the university over time has largely acted appropriately for the ecosystem in Davis.

Tracking university growth and city growth over the last 50 years shows that the university and city mainly grew in tandem from 1970 to 2000.  What changed was that, in 2000, the city passed

Measure J.  However, because of the recession, as late as 2013 there really was no disconnect between city growth trajectories and that of the campus.

It is only in the last five to six years that the campus has grown and the city did not build new market rate multi-family housing to accommodate that growth, as they had previously.

UC Davis has been a bit slow to alter their stance, but some of that is understandable with leadership turmoil and the fallout from the recession.

Traditionally, unlike with other UCs, there has been for students an advantage to living off campus, and so for the most part students live on campus in year one and afterward move off campus where housing is less expensive than their UC host city counterparts.  That is starting to change and UC Davis is clearly shifting to accommodate those changes.

The city pushes UC Davis on affordability: “The University will commit to housing students of all incomes, and will incorporate innovative affordable housing models, including cooperative housing.”

This is a huge issue.  There are two separate problems.  First, the cost to live on campus is about 60 percent higher than living off campus.  That means that, unless UC Davis addresses affordability in the small “a” variety, many students will continue to live off campus and efforts by UC Davis to bring 50 percent of student population to the campus will fail.

Analysis shows that UC Davis is the second most costly to live on campus of all the UCs.  Moreover, couple that with Davis being second least expensive, and the incentive for students to live on campus does not exist other than in the vacuum of availability.

Caroline McKusick pointed out recently that after UC Davis closed Orchard Park they then announced they would close Solano Park. “Student Housing began dramatically raising rents and parking permit costs. What had once been affordable housing now came to cost almost 50% of a student-worker’s income.”

The university last year, in February 2017, announced that they would sign a contract with University Student Living to develop and operate the new Orchard Park.  The rents were announced to be “as close to $1,000 as possible” – even though $1000 would be two-thirds of a TA’s salary.

Currently, at Solano Park students pay $766 a month for a one bedroom, which doesn’t sound bad until you realize that this is just 449 square feet.  That is considered student affordable housing.  A two bedroom at Solano Park, which rents for about $900, is just 559 square feet.

A second problem beyond affordability is ensuring that UC Davis follows through on their commitments.  There is a realistic concern about UC Davis building their housing beyond the first wave.

The university stated in its LRDP release, “Including the West Village Expansion and Orchard Park projects as project-specific analysis within the LRDP DEIR helps accelerate these two projects for 5,200 beds of student housing for early delivery in the LRDP period. Of the 8,500 beds of new construction in the 2018 LRDP, these first projects are targeting occupancy for 5,200 students as early as Fall of 2020.”

The West Village Expansion “would provide additional student housing for approximately 3,800 students north of Hutchison Drive and west of Celadon Street in the West Village neighborhood on the west campus at UC Davis.”

But there appears to be no concrete plan to build beyond those 5200 beds, and there is a precedent for UC Davis to promise housing and not deliver it.

The city pushes: “The University will develop a construction and financing implementation strategy to ensure the delivery of campus housing units and facilities in a timely manner commensurate with levels committed to by the University in these mitigation measures.”  Moreover, in Mitigation Measure 6: “The University will regularly demonstrate to the City (eg. Reporting to the City Council at least annually) that the housing target has been achieved.”

The city needs to ensure that all 9050 units get built and that, if UC Davis grows faster, they adjust their plan accordingly.

Finally, there is the issue of compensating for infrastructure and services.

Dan Carson has been consistent on the issue of UC Davis reaching an agreement with the city.  In April 2017, in a guest piece, he wrote: “If Berkeley and Santa Cruz can receive revenue streams, traffic projects, and campus help with student housing, so can we, and so should we.  UC Davis was fine with signing a written agreement that, starting in the next few days, will give them a share of the city’s new surface water. There’s no reason the campus shouldn’t agree to putting their LRDP promises in writing as well.”

Last week, he stated, “We can follow the model of Berkeley and Santa Cruz, that I’ve educated my commission and the city council about.  They’ve created great two-way working relationships where folks on both sides work together.”

The city has a few items that address some of these issues as well.

Mitigation Measure 5: “The University will enter into an agreement with the City to compensate for the direct and indirect impacts of students on city infrastructure and services.”

Of these issues, I am least amenable here to a formal agreement.  I believe that the city of Davis has obligations as a host city.  Moreover, with a huge percentage of the community employed by UC Davis, the benefits greatly outweigh the costs overall.

I agree more with Mark West here: “Davis is the host city for a major university.  It is our responsibility to provide housing for the students and staff and faculty at that university. “

He later added, “The population of Davis also grew at about that same rate all the way through to 2000, when we decided to be a no growth city.  The entire thing that we have today has been that the relationship between the city and the university has been poisoned by those who want to block development and growth in Davis and prevent people from living in town.  We ruined the relationship not the university, it’s our job to recreate it.  We need to recreate it by going back to being a good neighbor with the university, providing housing for their students, faculty, and staff.”

The entire notion that we should attempt to extract compensation for providing housing to students seems to run counter to the notion of a responsible host city.  I continue to worry that our focus on housing rather than economic development with respect to UC Davis will leave us at a huge disadvantage in the future as Sacramento gets the benefits of a university-sponsored innovation center and Davis ends up with a grudging agreement for housing compensation.

In short, I believe we should accept 48 percent housing on campus this go-round, we should focus on making sure the 9050 beds get built and that they are affordable, and we should not focus on a compensation agreement with UC Davis.

38 thoughts on “Commentary: UCD Needs to Ensure Housing on Campus is Built and Is Affordable for Students”