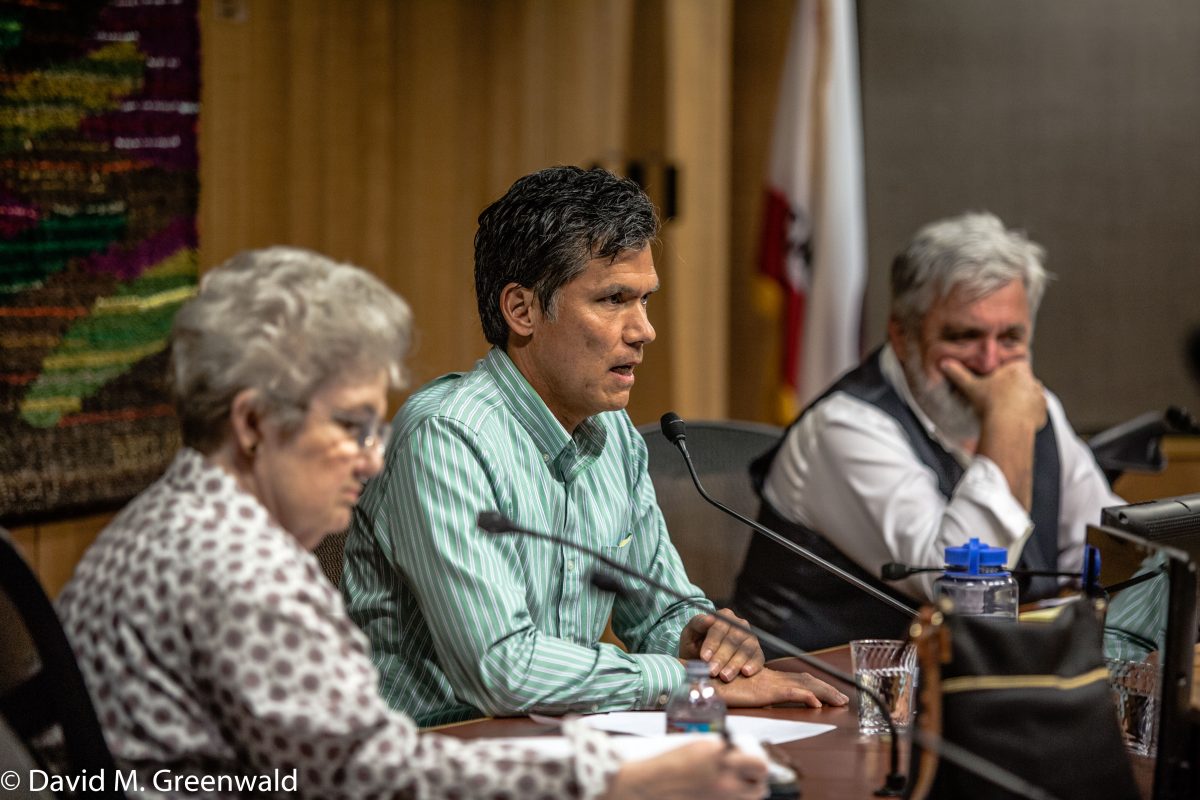 On May 6, CivEnergy held a forum where the issue of Measure I was discussion.

Measure I, if approved by two-thirds of the voters voting on the measure, will adopt the Street and Bike Path Maintenance Special Tax at an increment of $99 per unit that would generate at least $3

million dollars in the General Fund for streets and bike paths.

Brett Lee said that the city has a robust financial model that recognizes that we have an ongoing shortfall.  “The financial experts have told us that we are short on an ongoing basis by about $8 million a year,” he said.  This is projected out over 20 years.  The city has made some expenditures, “but nowhere near what is needed.”

The council discussed options for addressing that, “and what we arrived at is that it would be reasonable for the public to help the city cut that gap in half.”

The council would ask the voters to come up with $4 million in revenue as “the council looks for about $4 million in savings per year or enhanced revenue to equal that four million dollars per year.” 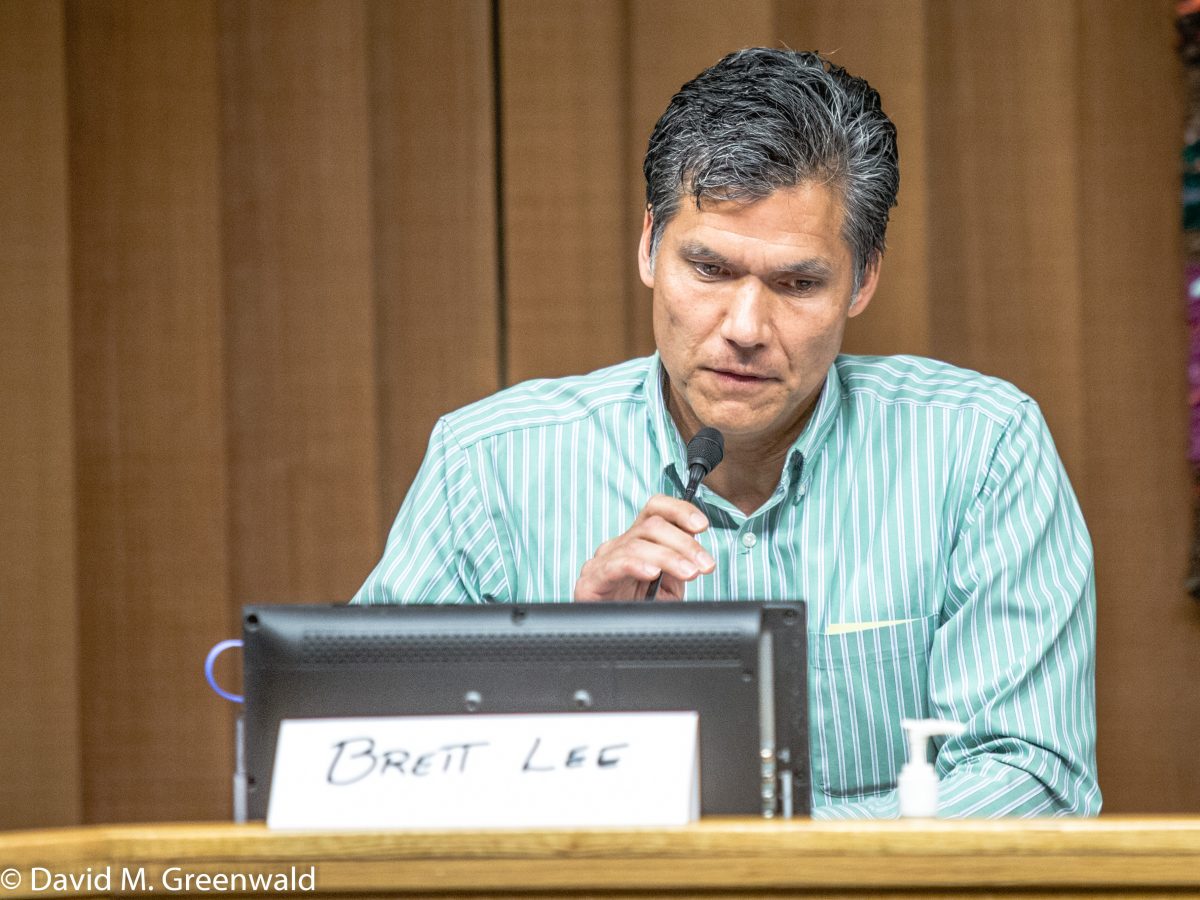 Brett Lee explained that the city’s consultants have projected that the city needs to spend about $8 million per year on roads, which is somewhat different than the $8 million shortfall, but currently spends around $3 million.

“This is to help us bridge the gap,” he said.  He noted that the city will also receive funds through SB 1 on the order of $1.3 million.  The parcel tax, plus the current expenditures plus the SB 1 funds, “should get to where we want to be in terms of for roads, bike paths and sidewalks.”

“We think we’ve got the balance the right,” he said.

Elaine Roberts Musser explained that the current roads are rated at 63 PCI.  “What that means is that rehabilitation is needed immediately to prevent rapid deterioration,” she explained.  “That’s serious.”

She added, “(For Every) dollar that you spend now, you are going to have to spend $10 later to repair roads.  Bottom line, it’s a lot cheaper to fix the roads now, than it is later..”

Michael Nolan, “The problems with Measure I are very similar to Measure H.  It’s a tiered tax.  It’s the exact same people who are paying the bulk of the tax.”

He said that the city tried to determine who was using the bulk of the transportation.  “I (think) that when they drafted that that they really didn’t look at who uses the roads and where the costs come from,” he said. 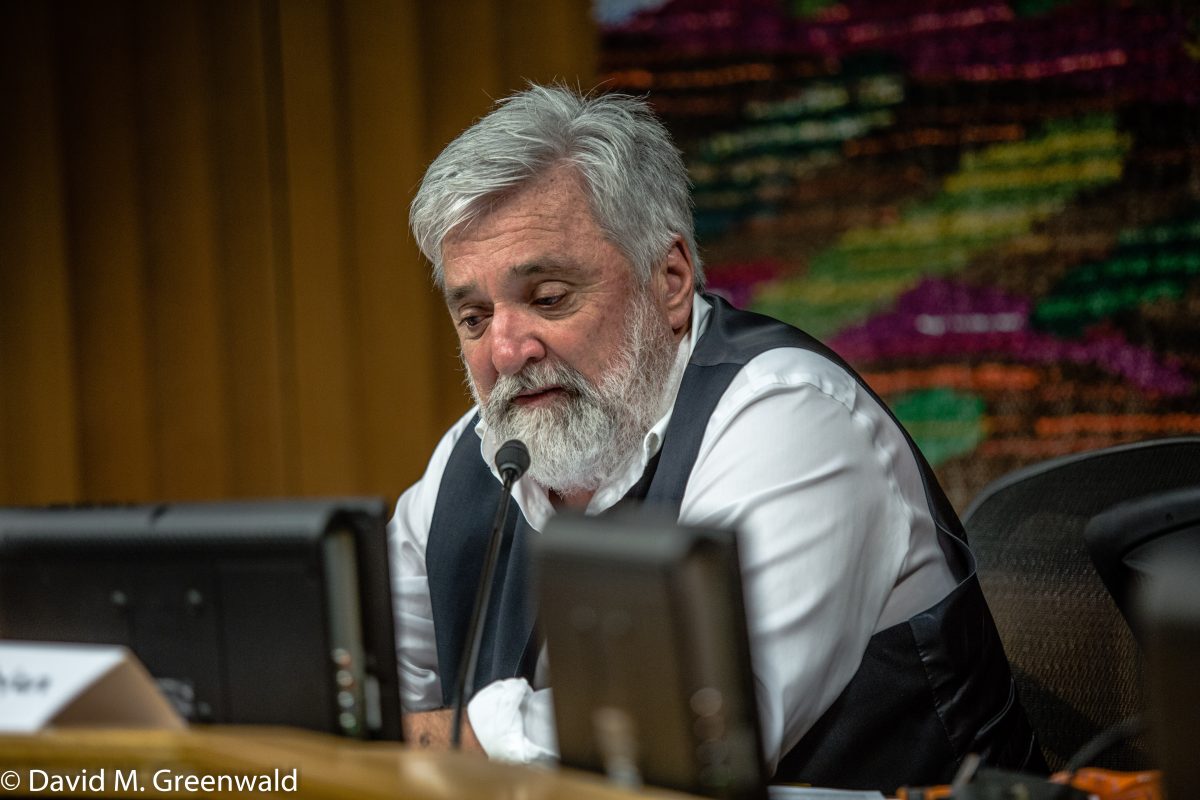 He quoted Dan Walters from March, “Local Tax Hikes Cleverly Packaged,” where he said, “local governments are facing a yawning gap of pension costs.”  “CalPERS is coming with massive pension hikes down the pike, to meet that, local governments have to raise their taxes,” he said.  “But if they raised the taxes to meet the pension costs there would be a revolt by the voters to demand the local governments show the restraint and get a grip on the excessive compensation for public employees, especially upper management.”

He used the example of a small town that had huge pension costs as a case study for what could happen to Davis.

“I see what happened in that little town, and that was just last year,” he said.  “I am afraid – what are we going to do to our employees.  Will we ever be in that situation or will our expenditures to CalPERS grow further and further and further.”

“The basic problem with Measure I is we spend about $3 million on roads now,” he said.  “A couple of years ago it was $5 million.  But the city has been decreasing that amount as time’s gone on.  The problem with that parcel tax is they’re going to use that money to do what they had normally done before and take the other revenue and put it to our pension costs, without creating a stated plan to deal with this problem.”

“This measure should go back to the city council,” he said.  “We should use our vote and vote no.”

He argued, “My fear is this ordinance is not going to stand a court test.”  Instead he said, “It will raise money that will find itself in the pockets of attorneys.”

He said, “When the school district lost the parcel tax measure, they had to pay $50,000 attorney’s fees to the person who brought the action.  This action would be much more expensive.”  He said, “The city is begging for a lawsuit.”

“The money raised is not going to go to paving your roads, it’s going to paying lawsuits for the next couple of years,” he said.  “A tiered parcel tax is not legal.”

He ended with “make it legal, make it fair and let’s take care of the problems that we have.” 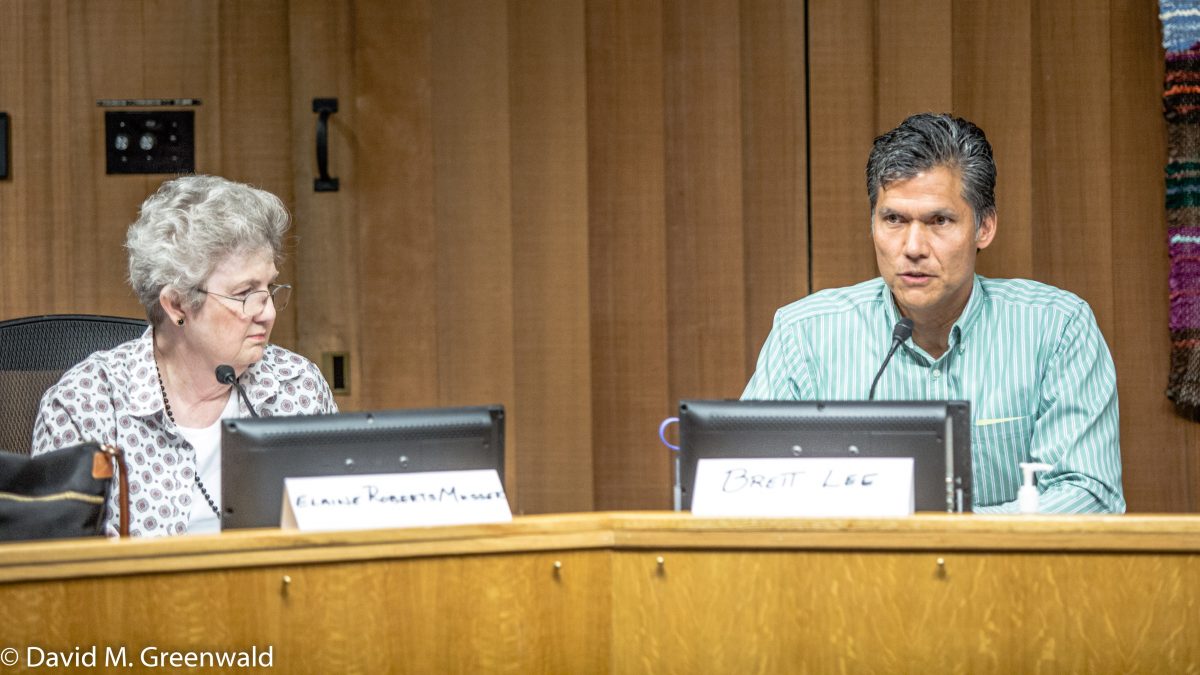 Brett Lee countered that the tax is over and above the existing $3 million.  “So this idea that there is some switching of money going on – it’s written into the ballot proposal.  We wanted to provide surety to the people voting on it that this money would be over and above what we currently spend.”

On the threat of a lawsuit, he said, “If it’s true, then the tax won’t be collected.”  However he said, “I find it nonsensical this idea of tried and true methods of taxation – this cycle, somehow being subject to lawsuit.”

“If the attorneys prevail, you won’t be charged the tax,” he added.  “This is sort of a red herring designed to confuse people.”

He noted that the city has factored projected CalPERS cost increases into the model.  “This is not a simple back of the envelope model – this is a very robust financial model for the city.”

He also countered, “In my six years on council, we have not spent $5 million on road repairs.”

15 years ago, he said, the state did a much better job of funding local roads.  “The state has absolutely retreated from that,” he said.  He expressed disappointment that the SB 1 figures are about $1.3 million for Davis when the need is clearly to $8 million.  “The notion that we were just spending $5 million on road repairs is patently false.”

He said, “the truth is the city does not have enough money to maintain the roads.”

Michael Nolan, “The people of Davis are fully aware of the parcel taxes that the school has put through.”  He said, in every tax measure “there has always been a provision in the schools that taxes, the collection of the money and the expenditure  will be reviewed by an independent oversight committee.   I think that’s a pretty important measure to let an independent body review what the school district is doing.”

He said in Measure H and I, “they don’t have an independent citizen review body, they have advisory commission or commissions.”

“The problem with advisory bodies is they are appointed by and controlled by the city council,” he said.  “I think it’s a mistake to give money to the government, without an independent review process – that we’re otherwise used to.”