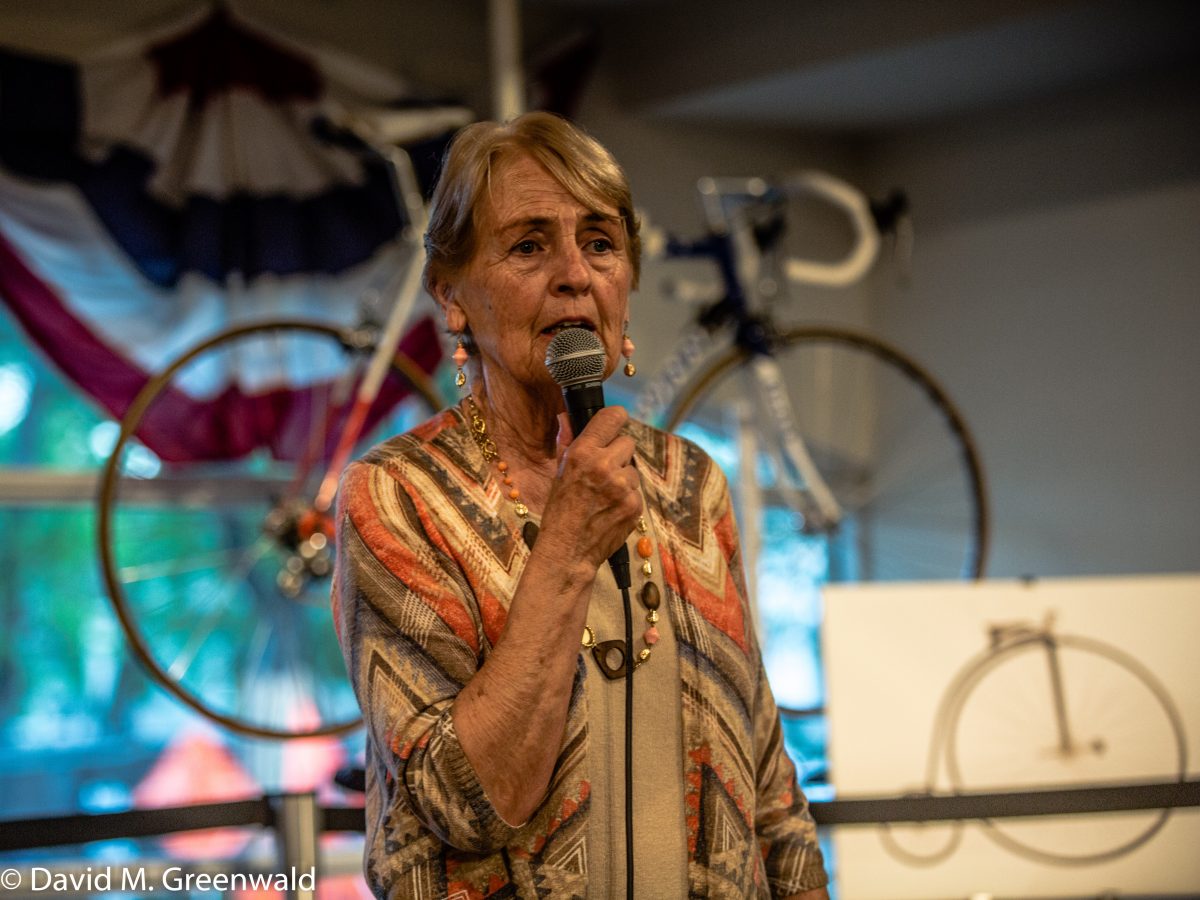 On Wednesday evening, the Davis Downtown held their candidates’ forum, attended by all nine candidates.  The forum was held at the U.S. Bicycling Hall of Fame.

They had four rounds of questions where the candidates answered for two minutes each, and these included one opportunity for rebuttal.  Each candidate was once again asked a different question.

The Vanguard has broken these up by round.

From Mary Jo Bryan to Dan Carson: if you lose your election, how do you plan to promote or accomplish your primary vision

My campaign is focused very much on trying to be a good fiscal steward for the city.  I’ve laid out my thoughts about how we can deal with an $8 million a year funding gap, for how we can maintain the high quality services for what we have in this city and catch up with streets and infrastructure and fix our streets and roads, redevelop some bike paths, all the stuff we really treasure

I’ve laid out how to do that – I would focus on making sure we’d constrain growth in personnel costs, how we would pursue economic development, to provide us additional monies that would take the pressures off of taxpayers.  I talked about how we could leverage our city assets and the land to generate revenues that we’re just not picking up on right now.

I hope you elect me because I think I would do a good job on all of those.  When I worked at the state level for the legislative analysts office – my half of the office, I was responsible for providing hundreds of options for the legislature.  Just talking about cutting waste, fraud and abuse didn’t cut it – you need to give them specific solutions.

If you don’t elect me for this job, I will still be on the city finance and budget commission, I will continue to make sound recommendations to help.  But there’s a difference to being a recommender, there’s a difference with having someone who can be up on the dais, every week, watching out for the opportunities to make this city more efficient, most effective, get our numbers in balance.  Once we do that, we can aspire to some other great things that we want to do, everybody’s got a list and there are a lot of worthy ideas.

But first we have to get our fiscal house in order and I’m the guy who can do that.

What I’m going to be involved in is what I’m involved in right now.  Which is a collaborative process to try and get the city’s vision for what we’re going to do for the next – it’s hard for me to say it – 24 years.  I’m a geologist, I think long term.   I can ratchet it back to 100 years, if I really work at it, I can it down to 24.

Buildings last 100 years or they should.  You can build it as green as you want, if it doesn’t last 100 years, it’s not green.  Our building plans should be longer range than ten years.  I’m going to be really involved in downtown planning, I’ll stay on that committee, and I’m going to work like a dog to get on the general plan committee.  Because I think we need a collaborative process.

I think the biggest issue actually that this city faces, is a rift between what’s happening at governance and what the community wants.  We need to heal that rift before it gets impassable.  What

happens if you are in a bus and you get to a rift – you either stop – which is kind of what’s happened – or you drive off a cliff.  We need to heal that rift.

I will work to do that as I have been working to do that.

Luis Rios to Eric Gudz: How often do you shop in the downtown area?

I have a few of my favorite spots that I’m happy to share.  I’m a big fan of the Kava Bar, Root of Happiness.  It’s actually a really unique activity that we have in Davis, where it’s a venue that has taken upon the responsibility catering to our creative class of musicians, our artists, our poets, it creates a space for those folks to be able to survive and thrive since our Third Space Art Collective has closed down.  That’s a big favorite of mine.

A lot of eateries.  The E Street Plaza is a big favorite of mine.  The Taqueria El Burrito at least two to three times a week – it’s quite a favorite.  The Japanese mini-mart Kobe, where Discoveries used to be, that’s a great spot.

The comic book store, that’s a fun one.  I’m a big fan of strategy games, board games, do a lot of reading in my spare time, which is very little.  When I do find some time, I like to stop in there and take a peak.

If I need something for my baby niece, I stop into Will Arnold and Nicole Arnold’s store over there, the Mother and Baby Source.  Good stuff there.

I can’t forget Newsbeat.  That probably is one of my favorites.

We have some great stuff here.

Gloria Partida to Ezra Beeman: UC just released its LRDP, how can the city adjust to the influx of new students and employees?

One of the biggest drivers of growth in Davis, has historically been the university.  They have a projection of growth into the future.  I think one of the tings that the city needs to do that we haven’t done well in the past is to really achieve a binding agreement with the UC so that UC Davis actually reaches the same level of accommodation for people on campus that all of the other UCs have committed to and are actually on track to deliver.

At 28 percent of students with on-campus housing, UCD I think is the second worst by that measure in the entire UC system.  In terms of their Long Range Development Plan, I believe most of the other  UCs have committed to 50 percent or better and are on their way towards it.

I think one of the key things to make sure we don’t miss this time is figure out how we make it a binding sort of target because UC in the past has promised to accommodate a lot more students and has fallen well short of that.

So what are we going to do different this time – I think that will be part of the keys to success.

Ezra Beeman to Gloria Partida: What size do you see Davis being in twenty years and how will you ensure that our infrastructure spending keeps up with our population growth?

Recently we put some tax measures on the ballot – I would definitely not go that route.  I think that nobody likes to be taxed forever.  I think we need to grow our economic – focus on our economic development.  We need to really, really, make sure that we have a very strong economic development coming into the city.  So that we can spread out our tax base so that the method for paying for our roads and parks is spread out.  I think that that is the smartest way to do that.

We need to really make sure that we’re courting businesses that are going to come and going to stay.  We have a university which they have an innovation center there – they have people who are ready to go and start businesses.  I think we need to be really smart about making sure that we get some of that talent to stay in town and contribute to our tax base.