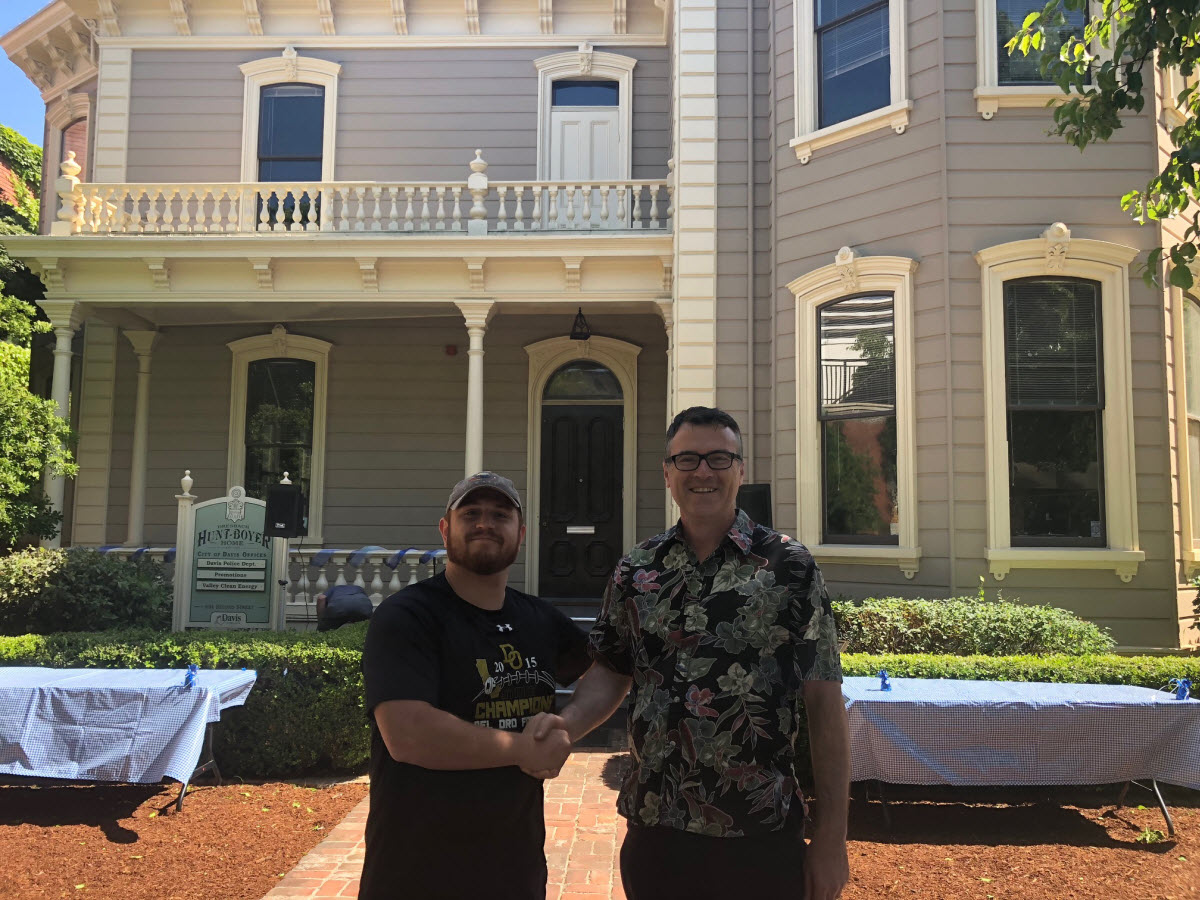 Greetings fellow residents of Davis, I hope this message resonates with all of you. The City Council Race in Davis will be such an important choice for this City going forward. I myself have lived in Davis for only 2 years as a current student. However contrary to popular belief, I do not wish to leave abruptly after my academic tenure here at UC Davis. This is such a great place to live, and that’s why it’s imperative that the City elects a leader that will speak for all Davis residents, young and old, student and non student alike. That’s why I’m backing Beeman.

Shortly after leaving the race several months ago, Ezra was the first candidate to reach out in solidarity, in an effort to hear what my concerns and platform issues were in this highly contested race. After our conversation, and several to follow, I concluded that Ezra Beeman would not only suit the city’s needs, but he would effectively and honestly represent all Davis residents. In a field full of diverse and qualified candidates, I think Ezra has the perfect amount of salt and pepper in his hair to get the job done. Although Ezra was not the only candidate to reach out to me, he was the only one I felt that could truly resonate a tangible connection with my cohort of young students and professionals.

As one of the youngest former candidates in the race it was discouraging to here from students and young professionals alike that they felt their voice didn’t matter, or that they would never be

heard. I’m here to tell you as a student and young professional that I’m confident Ezra Beeman will speak for the younger generation and minority voice in this City. If you want proof that “things won’t be the same”, I encourage all residents to look at what Ezra has said about measure “J” on his website and social media platforms regarding the Nishi Project.

In a City where housing is undoubtedly the number one issue, Ezra wasn’t so quick to go ‘with the grain’ like many other candidates on this measure, but he was among the few that wanted to step back and beg the question “Is this really the best we can do for Davis?” This is just one example that illustrates how Beeman is a candidate that goes ‘against the grain’ in a time when especially young voters in the city, think that our ‘status quo type of leadership’ is inevitable. Ezra brings a refreshing, focused point of view in his vision for Davis going forward, one that will speak volumes to ensuring its health and vitality. I invite all of my former supporters and staff members to reach out to Ezra and take a hard look at Beemans business record along with his leadership style, because I firmly believe they speak to what he can accomplish in this great City. This is why I am endorsing Ezra Beeman for City Council.

I invite everyone to check out his stance on neighborhood-led Housing programs and services revitalizing downtown, and a world class energy system bringing next generation bicycling and transportation innovations. All of which can be found at his website https://www.beemanforcouncil.org/issues.html. Being a published journalist for 5 years now, it’s no surprise that I have spoke with Ezra personally on many of these issues, asking him tough questions in the process. Ultimately I came to only one conclusion after speaking with him; this is a candidate that can get the job done!