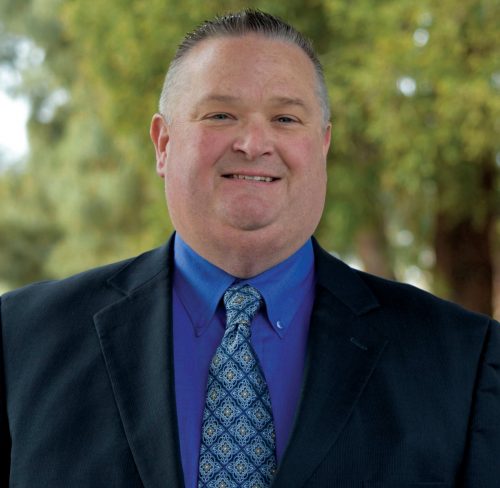 Our elected county sheriff’s office has great power. But its accountability to the people is limited.  While California county sheriffs stand for reelection every four years, history shows that, once elected, incumbents are rarely recalled or removed from office by a challenger.  And there are not term limits.

But this year is special in Yolo County: for the first time in 20 years the office of Yolo County Sheriff is being contested, but it is a funny sort of race.  On the June ballot is current Undersheriff Tom Lopez and current incumbent, Sheriff Ed Prieto. The issue is that one of these candidates is running an active listening campaign. Challenger Lopez is going to house parties, candidate forums, tabling in farmers markets, and meeting groups to answer questions. Incumbent Prieto is staying out of sight, even while continuing to collect campaign contributions, likely hoping that his 20-year incumbency, name recognition, and “low information voters” will get him re-elected.

If so, he would be the oldest serving sheriff in California, at 76 years of age.

Below is a description of the scope of duties of the sheriff’s office to help voters make a more informed decision.

The Yolo County Sheriff’s Office is a large complex organization that includes 277 full or part time employees. Its responsibilities include:

With the sheriff being an elected office, there is no direct supervision over any sheriff’s action except by the voters every four years.  The Yolo County Board of Supervisors’ only power over the

sheriff is via the budget, which hurts only the public if it is cut.

The sheriff’s office under Prieto’s leadership has come under scrutiny. First there was a 2014 grand jury audit of his office that described its operation as like the “Wild, Wild West,” finding a years-long record of intimidation, harassment and nepotism. This came out only weeks before the last election four years ago, so no election challenge could be mounted to get accountability.  And there are indications things have not changed: last year, a former Yolo deputy settled a lawsuit for $98,000 against the county as a longtime deputy claimed Prieto kissed her on the lips and gave her at least 100 unwanted hugs.

In this context, it is worth noting there are now only five female deputy sheriffs in Yolo County and no women supervisors among the department’s 86 sworn officers.  While culture of an organization is greatly influenced by those at the top, it’s worth noting that challenger Lopez, not Prieto, has been endorsed by a long list of sheriff’s department employees and law enforcement unions. This indicates a sense that those working directly for Prieto feel things need to change.

Still, while internal culture is important, the real issue is the external: sheriff deputies’ relationships with citizens.

Society gives our sworn police and sheriff’s officers a lot of individual discretion for one reason: we need them to be able to act, in the moment, to maintain a civil society and make it so we all feel we can safely go about our daily lives.  The alternative is vigilantism based on the illusion that the “good guy with the gun” will somehow appear when thing go awry.

There is a trust and inherent respect for authority which the general public gives to sheriff and police officers. This goes beyond the use of a gun, which is a micro-set of public/deputy interaction.  According to Lopez, “95% of the sheriff’s officers never, in their entire career, ever need to shoot at anyone.“  Moreover, it’s the ability to command authority, both by effective use of words by the officer, and ability to draw on the trust of citizens toward police in those moments, that maintains the peace in civil society.

In recent years, as conduct of law enforcement officers is under greater scrutiny, this trust has faced greater pressure.  How police & sheriff’s deputies operate on a day-to-day basis, at the micro-level, has become highly visible due to cell phone videos shared via the internet: any video showing misconduct anywhere in the U.S. can be shared and thus often is assumed to be an exemplar of what is typical.  We can give a context to these videos once we know there are 760,000 law enforcement officers in the U.S. at any one time. Still, people cannot be anything but shocked by some of the actions of officers these videos seem to have uncovered, which in the past have gone unseen – and consistently unpunished.  And even more troubling, there is evidence this (let’s call it) “bad policing” is disproportionately skewed against more vulnerable members of our society – racism in evidence.

This erosion of trust between community and our own local law enforcement is creating a potentially dangerous situation. Unsafe for the police – who need the community’s trust to do their work safely and effectively, by use of their words and not threat of gun, pepper spray or Tasers.  And also unsafe for the community, whose members may have become fearful to reach out for help when it is needed.

Davis residents, particularly those concerned about how incidents like the police failure at last year’s Picnic Day happened, would be well served to meet Candidate Tom Lopez to discuss their concerns.  He will be at Davis Farmers Market most Saturdays until election day.

Now is the time to act if you want to help create a climate of trust and good policing, not just complain about injustice after the fact.