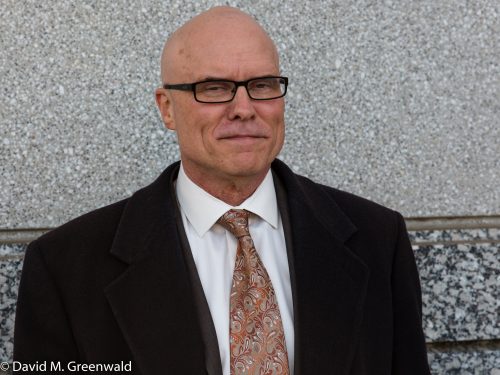 On Thursday, a group called Crime Victims United issued a news release containing police reports alleging that Dean Johansson, who is challenging incumbent District Attorney Jeff Reisig, assaulted his son in the fall of 2007 during an altercation in which he kicked his son out of his home.  Mr. Johansson denies the report and told the Vanguard he never kicked his son.

In a statement from Mr. Reisig released on Facebook, he said, “In the fall of 2007, the Davis Police Department submitted a criminal investigation report to my office in which witnesses alleged that Dean Johansson had committed a violent assault on his child. The allegations in the report were serious and corroborated by more than one witness and a physical injury observed by the reporting officer.”

Mr. Reisig claims that the matter was resolved through other interventions.  He writes, “As the District Attorney, my job is to seek and rely on the facts and the law and to use my discretion in deciding when to formally charge someone with a crime by filing a complaint. At times, I have decided as the DA that offender accountability, victim restitution and societal protection can be accomplished through other official interventions or programs. This was such a case.

“My decision to rely on another process had nothing to do with my belief that a crime had been committed. The facts in the independently investigated and prepared police reports clearly supported probable cause of the crime of felony child abuse.”

The Vanguard spoke late Friday with Dean Johansson, who was out of the area attending a family funeral.  Mr. Johansson denied that he ever kicked his son or engaged in any form of physical abuse and questioned the propriety of the group obtaining this information, which is not readily available via the Public Records Act.

Dean Johansson asked, “Why wasn’t this prosecuted 11 years ago if there was evidence?”

Mr. Johansson told the Vanguard, “I deny any child abuse.”

He is upset that his family has been dragged into this, but he explained that his kids were going through some trouble at the time. “It was a tumultuous time period for (my son),” he said.

He said, “There’s no physical evidence to support the allegation.  That’s why it was impossible for them to have even prosecuted the case.”

said.  “Absolutely there was no agreement.”

He said, “I was never informed that there was ever any case ever filed.”

Dean Johansson questioned where this group obtained this information in the first place.  “Where did they get this information?  It had to be given to them by some internal source in the district attorney’s office to even know what this evidence is.

“I would like to know where this report even came from in the first place,” he said.  “Where did this report come from?  Reisig’s using power to create falsehoods to demean his opponent.”

He said, “This is to divert attention from the real issues of abuse of power, lack of transparency, using power to bully and inappropriate prosecutions.”

Dean Johansson pointed out that the same thing happened to Pat Lenzi in 2006 as well.  “This is his modus operandi.”

In 1999, while working as Deputy DA for Sacramento County, Pat Lenzi was involved in a serious automobile accident (a drunk driver hit her car) that had for a time caused her some memory problems. James Hawes was a sexual predator who was convicted for committing a string of lewd and lascivious acts with a minor, sexual assault, and several other offenses. This was a convicted sex offender who was trying to take advantage of this issue to get a new trial.

The Woodland Daily Democrat on May 31, 2006—just over one week prior to the election—seized on this information, printing an extremely slanted version of the story.

The story led off with: “An admission by Deputy District Attorney and candidate for District Attorney Patricia Lenzi of a brain injury affecting her memory – which led to her failing to give defense lawyers a piece of evidence favorable to their client – is raising questions about her competency for the top office.”

Deputy DA and a Reisig supporter at the time, Tim Wallace told the paper, “That disclosure came as quite a shock to me in the extreme because I’ve never seen any evidence of it… I’m not saying it’s not true, but I’ve never seen any evidence of memory loss… If she has memory losses of the severity that she described under oath, then I don’t think she’s fit to be District Attorney… This office performs an invaluable service to the community and they need to know the person in our top office is competent.”

Dean Johansson told the Vanguard, “I don’t want to drag my family into this.  That’s disgusting actually that someone would do that.”

He also said, “I want to focus on the issues.  This is attacking the messenger, not the message, obviously.”

He added, “Unbelievable.  They didn’t have a case to begin with and they knew it.  Whatever they had was unbelievable at the time, that’s why they never went forward with it.”