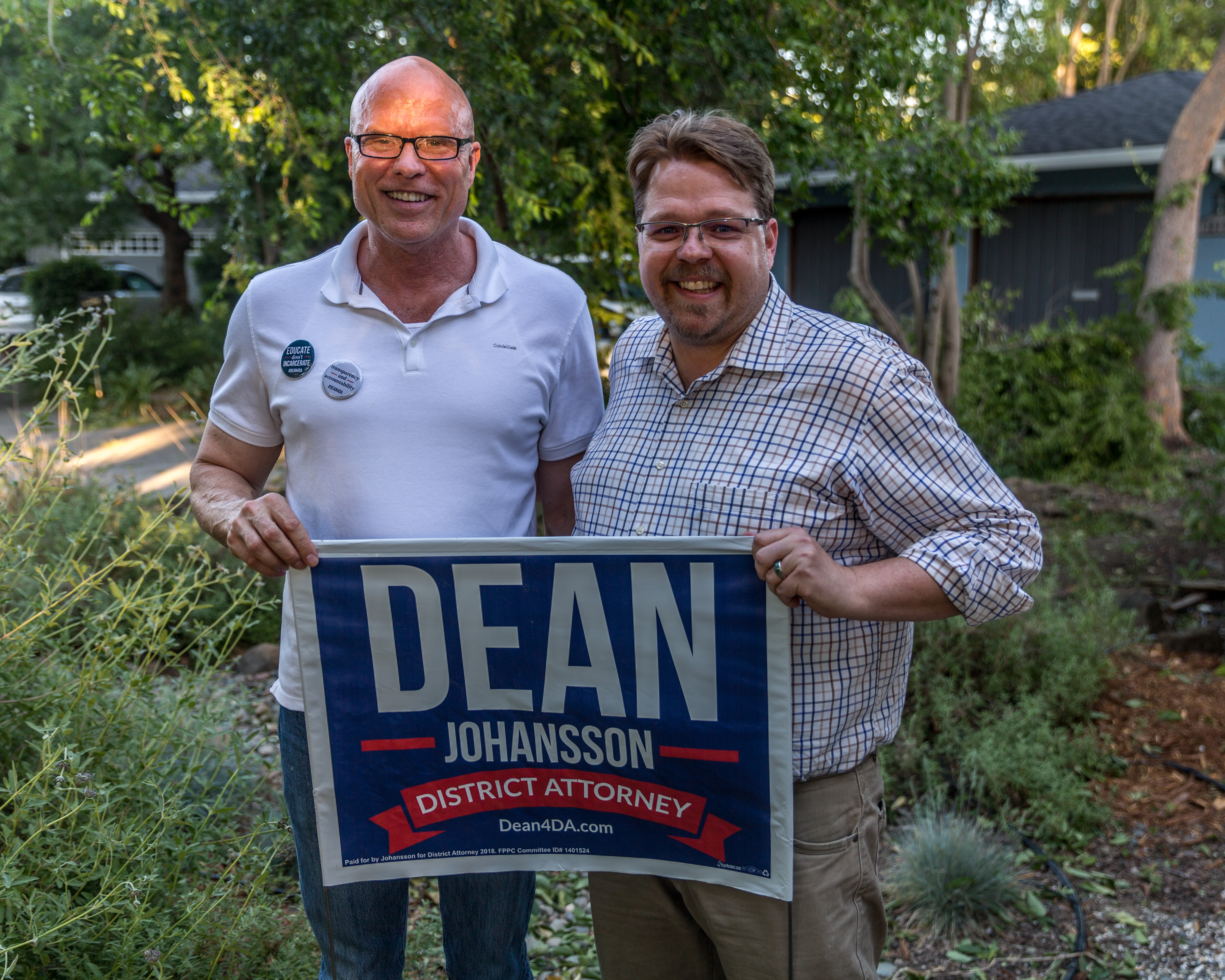 Davis City Councilmember Lucas Frerichs has announced his endorsement of Dean Johansson for Yolo County District Attorney. Frerichs, who has served on Davis’ City Council since 2012, emphasized that Johansson represents the values of community members in Davis and in Yolo County more broadly.

Frerichs said, “Citizens of Davis and Yolo County have consistently and overwhelmingly voted for statewide criminal justice reforms, such as Three Strikes Law Reform (Prop. 36), Sentencing Reform (Prop. 47), Reducing Mass Incarceration (Prop. 57), and most recently, Legalization of Adult Use of Cannabis (Prop. 64). These measures represent progressive change in California, and it is time that we are represented by a District Attorney who shares these types of values of our community.”

Frerichs said he was  also particularly impressed with “Dean’s leadership (as a board member of the local ACLU chapter) and collaboration with the Davis City Council and Davis Police Department on the recently passed surveillance ordinance–which implements civilian oversight over law enforcement’s use of surveillance technology–as evidence of Johansson’s commitment to collaboration and forward-thinking policy.”

Frerichs went on to emphasize the need for change in our national justice system: “We need to think globally, yet act locally. It is unacceptable that Yolo County is in the top quarter of incarceration rates, and that we lead the state in the number of jury trials per capita—these numbers point to the critical need for a shift in how we prioritize our resources. Recently implemented programs are clearly an important start, though they have not gone nearly far enough. I’m impressed with Johansson’s commitment to building upon programs such as Neighborhood Court and Mental Health Court. Under Johansson, these programs will be further utilized to address the disparities in our justice system, and to promote the health and safety of our communities.

Dean Johansson has served for more than 20 years as an attorney in our justice system, both as a Deputy District Attorney and currently as a Yolo County Public Defender. He is challenging the incumbent District Attorney Jeff Reisig, in the June 2018 election.

Share:
Previous : Monday Morning Thoughts: What Went Wrong in the Criminal Prosecution of Eric Pape
Next : Was the Defendant Divorced from Reality or Guilty of a Crime?