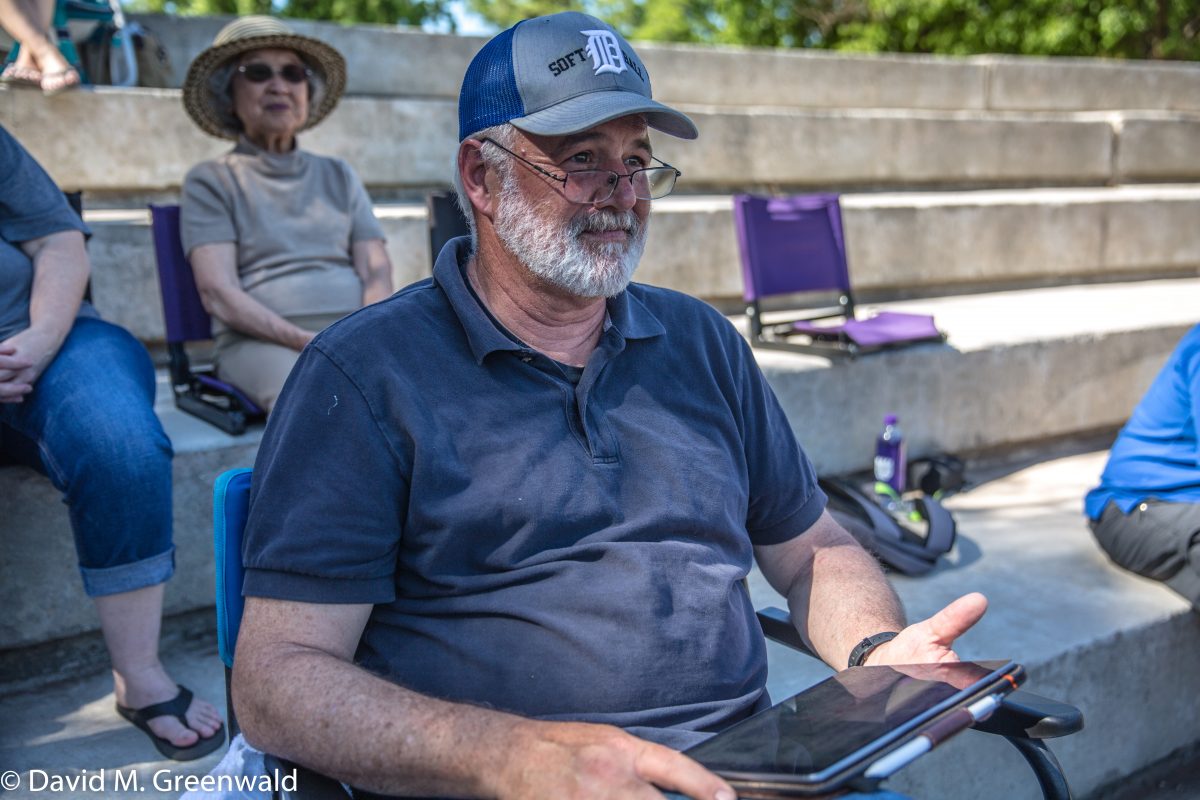 Mark West invited the Vanguard out to watch his daughter play softball out at Community Park and then sat down with the Vanguard in downtown Davis this week.

“One of the challenges that we have when we talk about economic development and the redevelopment of the downtown, is how do we take advantage, or how do we make changes that are beneficial,” he said.  He explained that the ongoing concern is that Amazon is preventing us from doing things that we might have wanted to do 15 or 20 years ago.

His idea is to turn Davis into some type of a tourist destination.  “Bring people into and then they will be buying,” he explained.  That would keep certain kinds of stores in business.  The problem is, “Davis isn’t really Carmel by the Sea.”  It doesn’t have the natural draw for tourism that other communities might have.  “It’s kind of hard to imagine it’s going to be a place where people come just because it’s Davis,” he added.  “How do we take advantage of (Davis) as a tourist destination?  But do it in a way that takes advantage of what Davis is.”

What Mark West came up with came out of the recent hotel discussion.  The city could take advantage of the university having events on campus by having more hotels in town that can capture the

visitors who come to the campus and then capture the tax revenue through the TOT (Transient Occupancy Tax).

“That’s one obvious approach,” he explained.

But he warned, “you don’t want to have all your eggs in one basket.  You want another way to bring people to town.

“The way I see that,” he explained, “is our incredible youth sports programs we have in town.”  Baseball.  Soccer.  Softball.  Gymnastics.  Even water polo.

“IF we could take advantage of those activities to bring people into town, you would have another source of those tourists,” he said.  “The challenge that we have is our facilities are not very good.  We haven’t been keeping them up.”

Mr. West pointed out that for years, “we have been talking about needing a sports park.”  He added, “We need a 50 meter swimming pool.  Those are all things that everyone looks upon as being nice to have.”

However, he suggested that we think about it differently.   Instead of being nice to haves, we should think about it as being a source that brings people into town, to stay at our hotels, and buy

goods and services from our businesses.

“They could become a destination for people to come to,” he said.  “Then they become an investment in our future, not just for our kids, but also for our source of revenue.  That’s why I’m advocating that we should be looking at ways we can increase our infrastructure for youth sports.

“I’m in favor of the sports park,” he said.  “Those allow us to have events, big tournaments, meets, whatever it happens to be which brings people into town.  We know with the legacy soccer, with their events every year, those are stay and play events where teams coming from a greater distance have to stay in one of the local hotels.”

He said, “If we had more hotels in town, we could do more events like that.  Where the whole team comes in and the families come in and stay for two or three days, shop in our downtown district, go out to dinner, and leave.  That’s what I’m advocating for.”

He said, “I’m taking the culture we have in youth sports and using it as a destination tool, or tool to bring people into Davis to enjoy Davis as we know it.”

The big question is how we get the money in order to build these facilities.

He said, “Obviously I’ve been advocating for economic development as a way to get the funding for a lot of things, and I still believe that’s our approach  but a lot is just a mindset, are we keeping what we have or are we going to try to expand our opportunities.”