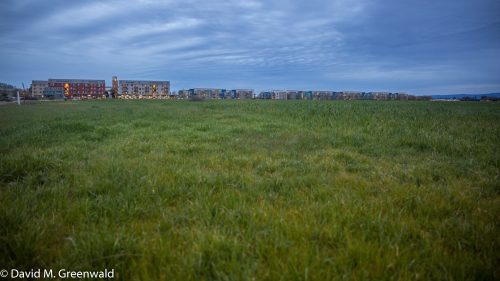 Maybe I’m overthinking this, but I found it very interesting that the Davis Chamber’s Political Action Committee has selected three candidates to endorse in a race where there are only two available seats.

Officially they write, “Through a highly structured evaluation process it was clear that these three people stood out as the most closely aligned with the Political Action Committee’s goals and values.”

Perhaps it is really all there, but it is not clear to me that these three candidates align with the Chamber better than some other candidates like Eric Gudz and Gloria Partida.

Still two of the picks are really not very surprising.  That would be Dan Carson and Mary Jo Bryan.

The view of Dan Carson at this point is that he is a frontrunner – he appeals to a wide swath of establishment voters.  And for the Chamber/Development crowd he is kind of the safe pick who is not going make a lot of waves for them.  He is going to support their projects.  He probably supports their vision for the downtown.  He also has the best comprehensive grasp on the issue of finance.

In fact, that is the point the Chamber made when they endorsed: “Dan is the number one expert on City finance of all the candidates.  He has volunteered on the Finance and Budget Commission for years and demonstrated we need his expertise on the council.  Dan will capture votes across interest groups because our City needs a financial expert on the Council to address our financial

In our projections right now we believe that Dan Carson finishes first and one of the women finishes second.

What throws us a curveball is the selection of Mark West.

Here is what they write: “Pro business growth, pro housing growth and the only candidate against the anti-housing ordinance Measure J/R.  Mark has pulled no punches that he believes the lack of growth since the passage of Measure J/R has been bad for our community.  A vote for Mark West is a vote that supports economic development through smart growth and to send the message that our town needs to change the Measure R/J ordinance.”

What is interesting about this endorsement is that, for all intents and purposes, and with all due respect to Mark West, he is not going to win this election.  In fact, in our projections, he likely finishes seventh or eighth in the field of nine candidates.

So why would the Davis Chamber go above the number of seats and endorse someone who has no realistic chance of winning?

They actually help us out with that by telegraphing their intentions.

First, they describe Measure R as an “anti-housing ordinance.”  Some would argue that Measure R is about democracy and allowing the citizens the right to vote on land use projects.  The Chamber is telling the community that they see Measure R not as a matter of giving the citizens a direct say on land use issues but rather a way to oppose new housing.

Even more, they add: “A vote for Mark West is a vote that supports economic development through smart growth and to send the message that our town needs to change the Measure R/J ordinance.”

Yes, there is a little message there about the need for economic development, but this is a shot across the bow.  This is a message from the Chamber that the town needs to change Measure R.

This is a message not for 2018 but for 2020.  They are signaling that, unlike in 2010 which was still in the middle of the housing downturn, come 2020 they are going to push to at the very least change Measure R – IF NOT oppose it outright.

A lot will be determined, frankly, by the next six months.  In two weeks, the voters will get their chance to vote on Measure J – the Nishi project.  We expect that Nishi will become the first Measure J/Measure R project to pass a vote of the people – but there are no guarantees and frankly I thought the same thing in 2016.

In November, the West Davis Active Adult Community will be on the ballot.  The pressure to change Measure R ramps up if one of those projects fails and it goes to an exponential level if they both fail.

It is interesting to note that Mark West is indeed the only candidate currently against Measure R.  But it is important to note that could change.

Linda Deos in her interview with the Vanguard said, “I voted to renew it in 2010.  At this point, I’m in favor of renewing it in 2020, but we’re going to have to see how these votes go.”

She explained, “I don’t know what we’re going to do if Nishi is voted down and this other project is voted down.  I think we have to look at things and everything has to be on the table then.”

Mary Jo Bryan had similar thoughts and she was more skeptical of Measure R to begin with.

Logic of course suggests that, if they can’t pass either project, how are they going to change or repeal Measure R?  But I think this is probably not a short term strategy.

Nevertheless, the Chamber has subtly but surely thrown down the first gauntlet for what figures to be an increasingly interesting battle in 2020 – the renewal of Measure R.  In 2010, it was a foregone conclusion.  In 2020, that may well depend on what happens in June and November of this year.