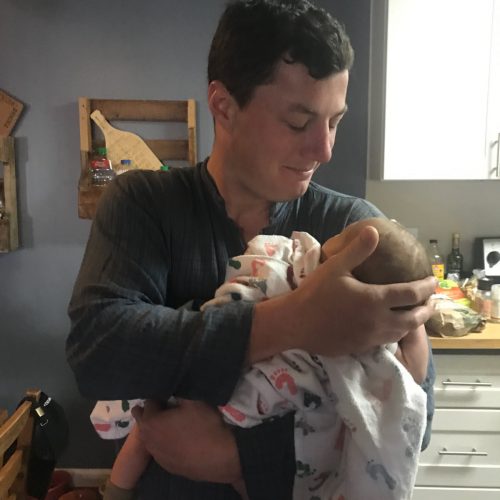 Last week the Vanguard broke the tragic news about the death of Eric Pape.  The most tragic aspect of the death of Mr. Pape is not only was it avoidable, it was foreseeable.  While the DA’s race has become a recent focus of many in the community, there is blame to go around from the handling of it by hospital staff to the handling of the case by the district attorney’s office.

Last week, the Vanguard ran this story and on Sunday it was followed up by the Enterprise.  It gives us insight to the thinking of the DA’s office.

Chief Deputy DA Jonathan Raven told the paper: “He wishes Eric’s case had been referred for a mental health court assessment early on in the proceedings.

“Nothing in my 23 years as a prosecutor has weighed more on me then the tragic loss of Eric Pape,” Mr. Raven said. “I have been going over and over in my head what the DA’s office and the whole criminal justice system could have done differently with this very challenging case.”

That’s a good start to acknowledge errors were made.  Still, as Public Defender Tracie Olson points out, “the purpose of mental health court is to rehabilitate mentally ill individuals who have committed crimes — which her office believes didn’t apply in this situation.

“We were litigating Eric’s case because we did not believe a crime had been committed, much less a felony,” Ms. Olson said.

Our view is this – the case was mishandled from the start.

First, the hospital deserves a huge amount of blame here.  They brought in a guy who had just attempted to commit suicide, suffered serious injuries, and was clearly having some sort of anxiety attack.  What do they do?  They have a nurse, untrained in how to respond to mental illness, attempt to restrain him and, instead of calming things down, he initiates physical contact.

The patient goes from lying on the bed to being pushed up against the wall; in the meantime, the nurse suffers an injury that appears to have been the result of a previous injury.

The question is whether this was criminal conduct let alone felony conduct.

Mr. Raven argued that the serious injuries stemming from the assault is “felony conduct” but the public defender believes that the conduct, stemming from a mental illness, should not be prosecuted

in the first place.

She told the paper, “If an individual strikes someone in the midst of a seizure, that individual would never be prosecuted.  We’ve got to start viewing mental illness for what it is — a health condition that no one voluntarily signs up for.”

We also have to look at the totality of the circumstances: suicide attempt, 5150, no prior criminal history, college student – this is not someone who simply lost their temper and assaulted someone, this was someone in the throes of a mental health episode whose situation was mishandled and perhaps escalated by hospital staff.

The system also failed Mr. Pape.  His deputy public defender had sought to have Judge Dan Maguire reduce the charges to a misdemeanor, but the prosecution had apparently not completed their investigation of Mr. Pape – they didn’t even know why he was in the hospital to begin with.

Judge Maguire stated: “The real question for the Court with regard to 17(b) is what’s going on with Mr. Pape and why is (he) here?  Is there a 5150?  If so, what’s it all about? …  I don’t have any of that information, so I can’t reduce to a misdemeanor without knowing the story respecting Mr. Pape.”

The timeline is important here.  The incident happened in mid-January.  He was arrested in mid-April.  The preliminary hearing took place June 14 – so less than two months from the arrest.  The defense was still attempting to get medical records at the time that the preliminary hearing took place and, clearly, the prosecution did not even know that Mr. Pape was in custody on a Welfare and Institutions Code section 5150.

Neither did the officers know.  The responding officer, Mariano Lopez of the Davis Police Department, testified that the victim did not indicate what the defendant had been doing there at the emergency room that day.  He said, “Not in detail.”

So no one apparently knew why Mr. Pape was at Sutter Davis – especially not the police and not the prosecution.

What people need to understand is that the Eric Pape case – we have been covering the courts for over eight years now and we see these kinds of cases all the time.  Usually they don’t end in suicide, obviously, but they are cases that are overcharged or perhaps criminalized unnecessarily and could be better handled in other ways.

We have heard time and time again the touting of the Neighborhood Court program, but part of my criticism of that program is it takes cases that no one else would ever prosecute and ends up putting them in the system.  But these are primarily victimless crimes.  The district attorney’s office has never expanded to a whole host of other cases that don’t need to be in the court system.

To me, these kinds of cases are endemic to the Yolo County District Attorney’s Office.  They make up the heart of the overcharged and over-prosecuted cases.

The only reason we know about this case is first the work of the Vanguard, and second, the fact that Mr. Pape ended up taking his own life.  Most people caught in this system suffer in silence and lack the resources to truly be heard.

110 thoughts on “Monday Morning Thoughts: What Went Wrong in the Criminal Prosecution of Eric Pape”