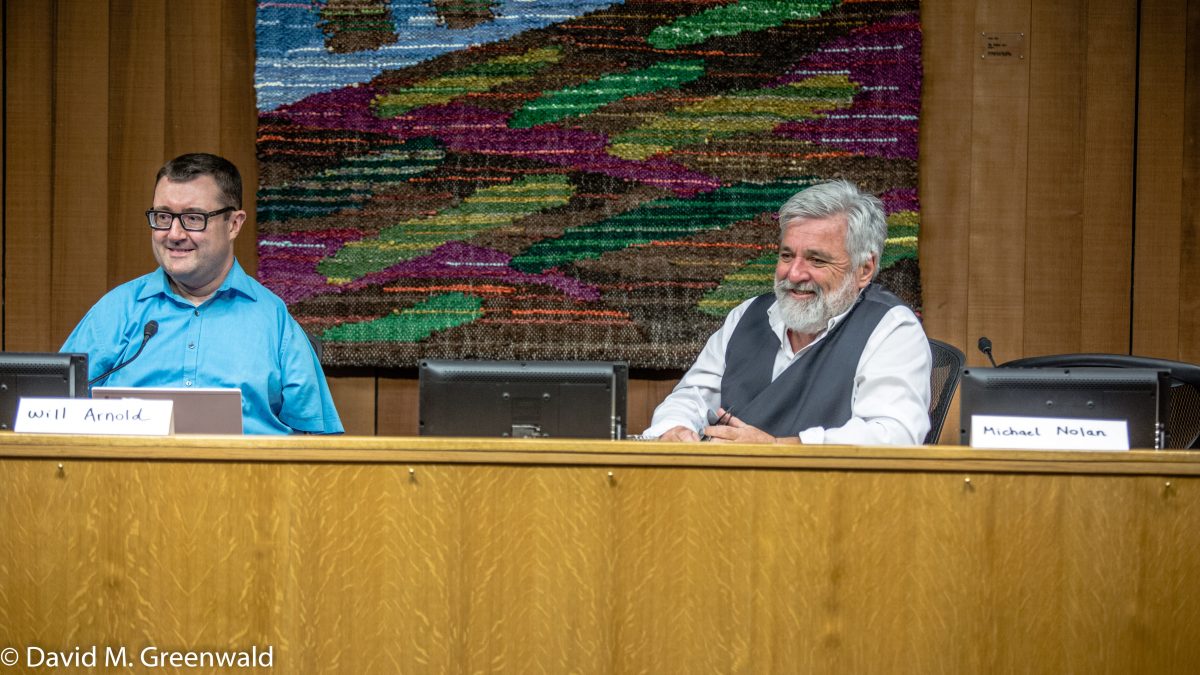 On May 6, CivEnergy held a forum for the various measures including Measure H, the parks tax renewal.  Councilmember Will Arnold represented the Yes side, with Michael Nolan, the President of the Yolo County Taxpayers Association and a former school board candidate, representing the No side.

Will Arnold noted that Measure H “is a known quantity, as it’s been around for 20 years.  The voters of Davis first passed the $49 parks tax in 1998.

“The city is now asking for a simple renewal of this tax at the same rate, with two important differences.,” he explained.

“For the first time, this tax will maintain its spending power by including an inflator not to exceed 2% a year,” Councilmember Arnold said.  “Second, in the interest of giving some level of long term predictability to both our citizens and our City budget, we are asking that this revenue measure, which has been on the books for 20 years, be extended for that same amount of time.”

He explained that the tax generates $1.4 million in annual revenue and will be used to offset parks maintenance costs.

“In 1998, this funding source generated 75% of our park maintenance costs,” he said.  However, he explained, “Today it covers just 18% of this cost, which is why the small inflator is included.”

Many have argued the parks tax should be increased, but Will Arnold explained that “the city is taking the conservative approach and asking for a renewal at the same $49 per year.  We believe 13 cents per day is a very small price to pay to help maintain our neighborhood parks and playgrounds, our greenbelts and walking paths, and our recreational facilities and programs.”

Mr. Arnold explained, “These essential city services, and the positive impact they have on our community, and our home values, cannot be overstated.   In fact, one of the arguments the opponents of this measure have made over the years is that the cost of living in Davis is already very high compared to our neighboring communities.

“That’s true,” he said. “Homes in Davis sell for nearly twice per square foot as those in, say, Woodland or Dixon.  The reason for that is not because the houses are somehow nicer here, or that we have oceanfront property, but because of our remarkable civic amenities, most notably our public school system, but also our network of parks, pools, greenbelts and recreational opportunities.” 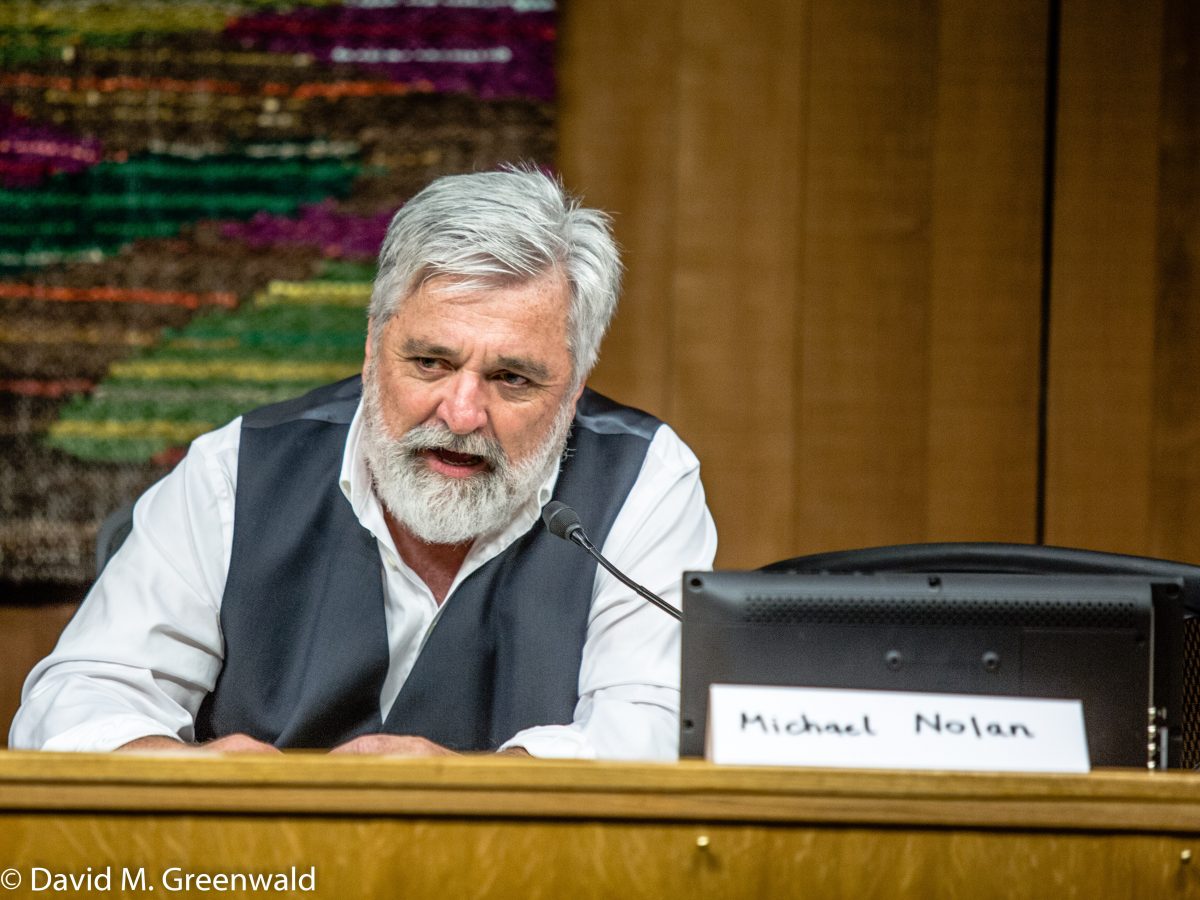 Michael Nolan responded: “The taxpayer association is not again taxes.  We fully believe that taxes are the price you pay to live in a civilized society.”

However, they have two caveats.  First, they argue that the tax must be legal.  He said, “If it’s not legal you’re reduced to the Sheriff of Nottingham stealing the goods of people in Sherwood Forest.  That’s not right.”

Second he said, “The tax has to be focused on what it is supposed to pay for and two those measures.”

The problem with Measure H, he explained, “is there are several major deficiencies in the ordinance.”  He said, “The ordinance should be sent back to the council.”

He said there are only three times when local government will listen to the citizens.  First, “if you agree with them.”  Second, “if you threaten to sue them.”  Third, “a ballot voted by the voter is a statement from the voter to the government expressing their choice to approve or disapprove a measure.

“Your ballot here is an important statement,” he said.  “The only statement that the city council must listen to.”

He said it is not sufficient to just vote no on Measure H, but rather, “send it back to the council and clean this ordinance up.”

First, “make it legal.”  He said, “Council unfortunately has tied Measure H, with Measure I.  At the hip.  Both of those measures are funded the exact same way.  If you’re going to attack one, you have to attack the other.  The council has to address the fact that this is an invitation for litigation and massive attorney’s fees.

“Keep it fair,” he said.  “The problem with this measure is it distinguishes between parcel and people and property.”  He continued, “Send it back to the council and eliminate the special tax on daycare centers.   That’s just bizarre to me.”

He added, “Eliminate the special tax on people in group homes.  That’s not right at all.” 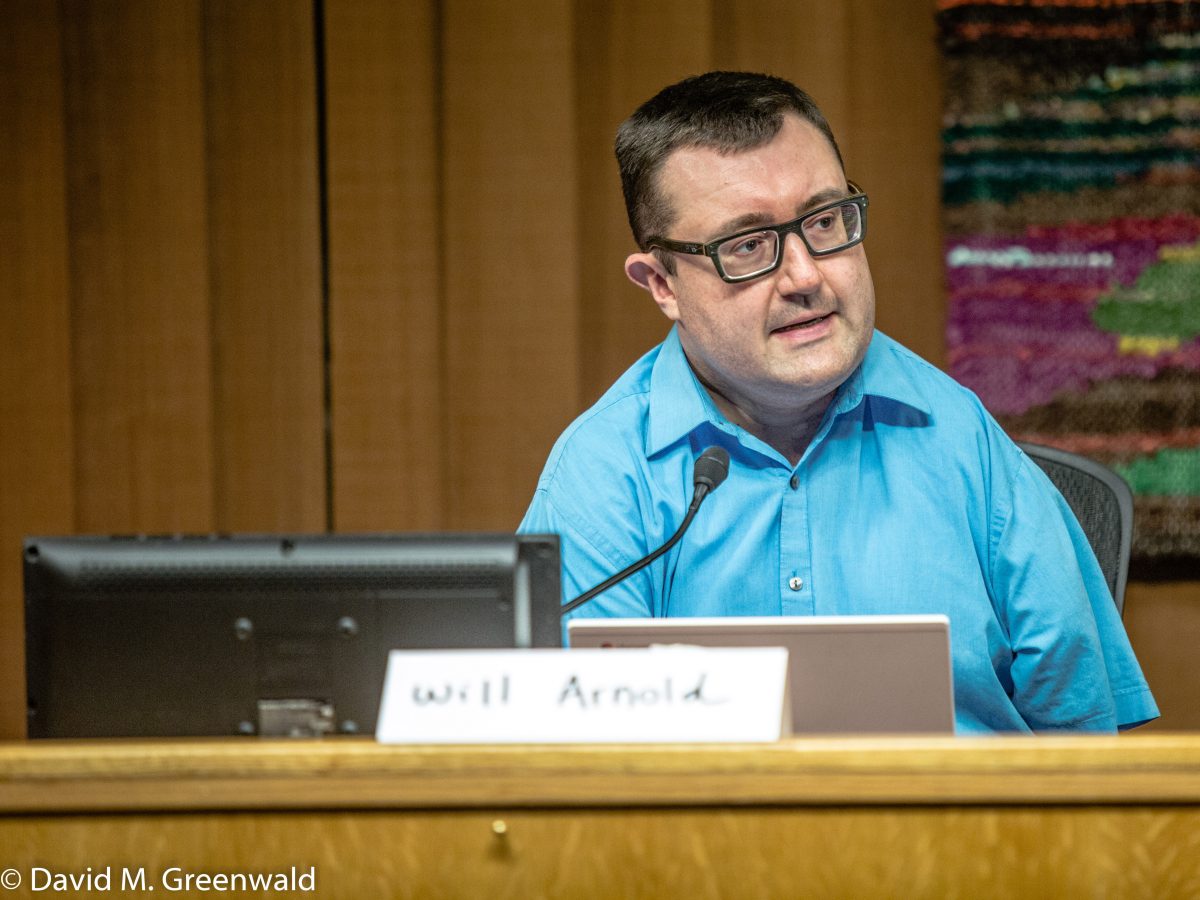 In his rebuttal, Will Arnold notes that for 20 years this has been on the ballot, “and every time the Yolo County Taxpayers Association has been opposed to it.  The reasoning changes from year to year.”

In their ballot arguments, “The opponents of Measure H are predicating their argument, this time around, on the idea that we don’t have a revenue problem per se but we have ‘an employee spending problem.’

“In their ballot statement, for example, they throw out some numbers to try and make the case of fiscal irresponsibility on the part of the City from 2012 to 2016,” he said.  “What the opponents argue is that the average salary of a full-time city employee increased in that time period, which it did.   But what they fail to mention is that the total number of full-time employees decreased in that time period from more than 400 in 2012 to just over 300 (303 to be exact) in 2016.

“So of course the average went up. We have fewer employees doing far more now, and serving a larger population,” he said.

“A more pertinent number is TOTAL city employee compensation, which went down significantly in that time period, from more than $51 million in 2012 to $43 million in 2016,” he explained.  “That translates to a decrease in City employee compensation cost per resident from $787 in 2012 to $643 in 2016, a savings of nearly 20% or $144, which is roughly the total of Measures H and I combined.  That total compensation number, by the way, is now less than $38 million.”

“So much for doing ‘virtually nothing’ to control employee compensation, as the opponents of Measure H claim,” he retorted.

He pointed out that their arguments change year to year.  He said that “in 2006, they argued, if you can believe it, that “the City cannot possibly justify the threat [of cuts] when its own budget figures show huge revenue increases and budget reserves. 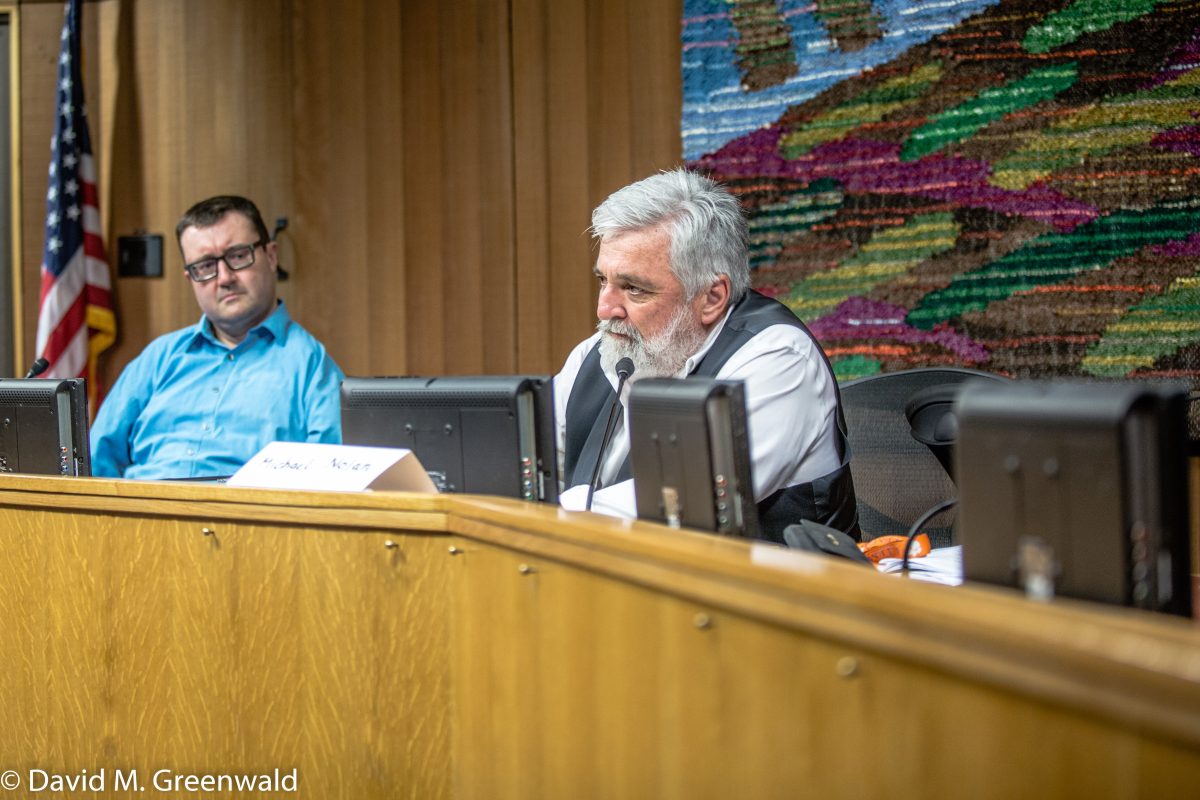 Mike Nolan responded that the language in the current measure is that the “city is allowed to use money to help the school district.”  That language has been taken out.  “The city is no longer allowed to do that,” he explained.

He was unsure about past Yolo County Taxpayer Association positions.

“But one thing that has happened, the rationale for having a tiered parcel tax, that taxes apartments the same amount that it taxes houses that are on the greenbelt, is that well the school district did it,” he said.  However in 2013, “the Supreme Court said you can’t do that, you have to run a straight parcel tax.”

However, even though the school district can’t do it, the city is arguing they can, Mr. Nolan argued.

“That’s where the problems come and that’s why you should vote no,” he said.