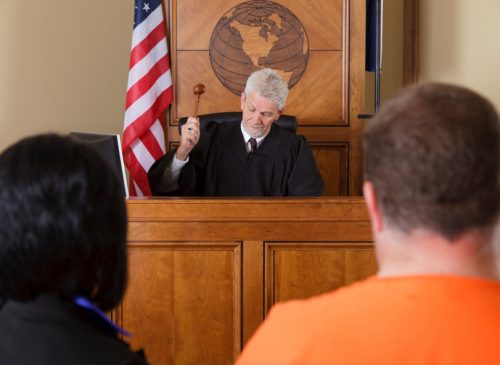 (From Press Release) – An innovative pilot program through the San Francisco Public Defender’s office has saved nearly a million dollars of taxpayer money and thousands of jail beds during its first five months of operation, according to a study released Thursday by the California Policy Lab at University of California Berkeley.

The Pretrial Release Unit (PRU), staffed by two public defenders and a single investigator, broke new ground in October by allowing people who cannot afford private counsel to access legal representation shortly after being booked into jail. Ordinarily, these 80-90 percent of arrestees must wait two to five days until a lawyer is appointed by the court. During those critical days, prosecutors decide whether to pursue criminal charges. Bail amounts are also set.

In the study, The Impact of Early Representation: An Analysis of the Public Defender’s Pretrial Release Unit, researcher Alena Yarmosky found people represented by the PRU spend less time in jail and are twice as likely to have their cases dismissed at arraignment. Those with parole holds who receive PRU advocacy spend 9.5 fewer days in county jail, the study found.

“By comparing recipients of Pretrial Release Unit services to similarly situated arrestees, we found that the PRU doubled the likelihood of release at arraignment, and that the PRU-provided parole

The San Francisco Public Defender’s Office launched its “Pre-Trial Release Unit” (PRU) on October 2, 2017. The PRU, which is staffed by two full-time attorneys and one full-time investigator, provides legal advice and advocacy to indigent arrestees during the critical period between booking and arraignment.

San Francisco Public Defender Jeff Adachi noted that the PRU also has a direct and positive impact on people’s lives.

“Because representation starts right away, our investigator and attorneys talk to witnesses and discover exonerating evidence earlier. That means innocent people don’t have to languish in jail,” Adachi said. “More people are able to keep their jobs, maintain stable housing and protect their families from separation.”

The full report can be found here.

Among the findings from the researcher is the conclusion that the Public Defender’s Pre-Trial Release Unit has demonstrated promising initial success in meeting its goals of 1) reducing wealth disparities in access to pre-arraignment representation, and 2) reducing the jail population  through increased access to pre-trial release.

Specifically, their analysis reveals that PRU intervention reduces the length of pre-trial incarceration:

– Among all eligible parolees, parole advocacy provided by the PRU reduced the length of incarceration by 230 hours (approx. 9.5 days). This is consistent with qualitative evidence that suggests parole advocacy increases the speed at which parole holds are lifted and reduces the number of parole petitions filed.

– PRU intervention may uncover evidence that may positively impact later case outcomes. This evidence, including surveillance footage and/or witness testimony, may be impossible to access post-arraignment.