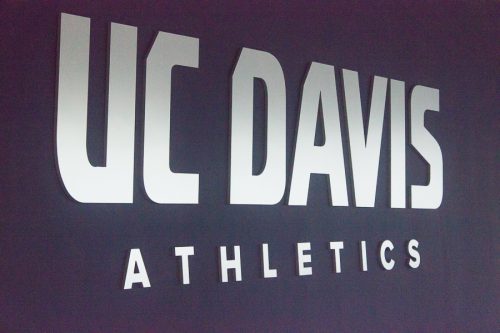 The California Aggie’s recent article entitled “Administrators overrule student advisory council’s 2017 vote to reject increase in student fees” raised a number of important questions. When students pass a fee initiative and begin paying to support something or solve a problem, what exactly are they entitled to expect in return? Once the Regents approve it, what does the phrase “Advisory to the Chancellor” even mean? Is the designated oversight committee for real or just for show? What sorts of liberties can the Chancellor take with those initiative fees or, just as importantly, the terms and conditions embodied in that initiative? Is anyone tracking and reporting on the university’s compliance? Where are the checks and balances in this system? Where is the accountability?

Sadly, all these roll up into a single, very troubling question: Is this a case of “Shut up and Pay”?

It wasn’t always this way. In fact, until relatively recently such questions were not even imaginable. That’s why the Student Activities and Services Initiative (SASI), Facilities and Campus Enhancement initiative (FACE) and Campus Expansion Initiative (CEI), which were based in trust, simply reflect the students’ intent. But then came Linda Katehi and all that changed.

You may remember Linda Katehi. While serving as Chancellor from 2009-16, Katehi managed to rack up a stunning string of successes. Examples include the internationally-famous pepper spray episode; sidelining, crushing or running off any employee who did not readily subscribe to her definition of “excellence”; hiring an army of new deputies at top tier salaries to replace them; engaging consultants to enhance her own image on the internet; moonlighting on outside for-profit boards both with and without UCOP permission; and convincing almost nobody she was telling the truth about any of it – including, ultimately, UC President Janet Napolitano and the Regents. In essence, she was our very own Betsy DeVos.

But before any of that, in her very first year she managed to breach the CEI (the passage of which in ’02-’03 was a pre-condition to the university’s reclassification to NCAA Division I – and not

the other way around as some would have you believe) when she cut four intercollegiate sports. Her decision, which would later be exposed to have been made on false grounds, no less, directly harmed nearly 150 amazing Aggie student-athletes.

Blaming it on irrelevant state budget cuts (there was no state funding in the ICA program to begin with), the maneuver was apparently part of an opaque but deliberate strategy to concentrate more resources on the high profile sports of football and men’s basketball (a further violation of the CEI) and at the same time shift more of the funding burden to the students (a violation of the SASI).

Moreover, it involved the confirmed misuse of $3 million in student fees – which would still be going on today if not for complaints raised by outside parties. But I digress.

She listened to their speeches at rallies and town halls and even in the testimony they gave at a state senate select committee hearing in Sacramento. And then she did just exactly what she set out to do. Apart from the shambles she made of the trust and respect students deserve to enjoy in their university, from that moment on they would be paying 100% of the fees for only 85% (23/27ths) of the intercollegiate athletics program they had a right to expect.

So it should have come as no surprise that Ralph Hexter, hired as he was by Katehi herself, would see fit to overrule the COSAF and impose a CPI increase on the students. He was also cool, btw, with quietly saddling students with most of the men’s basketball coach’s $320K annual salary a few months later. It remains a big disappointment, however, that even Chancellor May seems to be willing to protect the unworthy and defend the indefensible. He even passed up a great opportunity last month to reinstate women’s rowing as part of trying to get the university back into Title IX compliance (yet another violation of the CEI). Presumably he and others just couldn’t bring themselves to take even that small step toward acknowledging the misdeeds and debts from the past.

The doctrine of “Chancellor Infallibility” lives on.

There’s more, lots more. But what to do about it? If students, alums and others who care want the university to play fair with student initiatives once again, then it’s time for some hard ball. Contact your state legislator, share your concerns and ask her/him to ask the State Auditor to investigate how student fees and fee initiatives have been administered on campus over the past ten years. Only when the abuses of the past have been exposed and lessons have been learned can trust and respect be restored to the entire picture of student fee initiatives at UC Davis.

4 thoughts on “Time To Play Hardball with Student Fees”