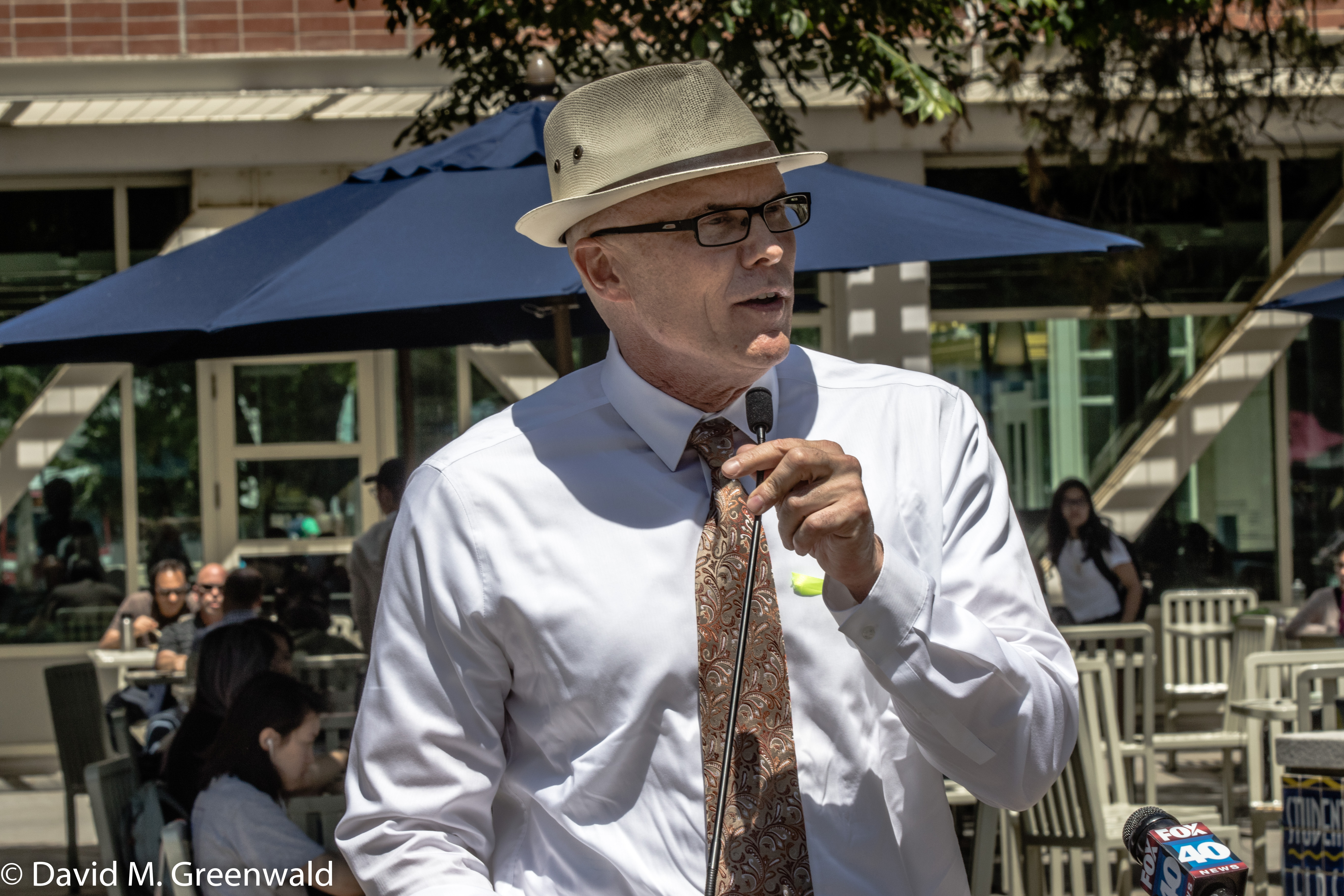 The latest attack piece comes in.  “Character matters” it reads, with a long litany of complaints against Dean Johansson.  It is a classic, old school attack piece.  Most of the attacks have already been aired, but my favorite is: “Now defends child molesters, rapists, and other violent criminals as a long-time defense attorney.”

Apparently these people do not believe that the accused deserve due process of law represented by a competent attorney.

When Dean Johansson threw his hat into the race it was in large part out of desperation.  He has explained in numerous public venues that he was looking for a woman from outside the area after Deputy DA Larry Eichele bowed out.  When he couldn’t find anyone else, he decided he couldn’t ask someone else to do what he was unwilling to do – and so he threw himself into the race.

On paper, he could argue that he was running with the spirit of Larry Krasner, the Philadelphia civil rights attorney turned reformist district attorney.  The question was always – could he capture the spirit of the people?  Was there a spirit in Yolo County ready to come out?

But the game has changed since 2006, the last time we had a contested district attorney’s race.  Facebook was in its infancy and largely relegated to college students.  Social media was largely unknown and untapped.  The iPhone revolution had not hit.

What has transpired is nothing short of remarkable.  Talk to Reisig supporters privately and they are concerned.  The campaign is acting like it has at the very least a fight on its hands.  They have raised tens of thousands in the last few weeks – mostly from law enforcement and deputy DAs.  There was $16,000 last week from DPOA (Davis Police Officers Association), backed by another $3000 this week from the CSLEA (California Statewide Law Enforcement Association) and $2000

They have attacked Dean Johansson for being fired with cause, for allegedly refusing to say the Pledge of Allegiance and for an incident from 11 years ago where he was investigated but never charged with domestic violence against one of his kids.

It is not clear that any of this has stuck.

It is also not clear that Jeff Reisig, the 12-year incumbent, has expanded his base of support from his core support.  Money is clearly coming in, mostly from law enforcement and the deputy DAs in his office.

The Johansson campaign on Friday put out a newsletter to volunteers stating: “There are now over 500 of you now; when this campaign began, there were 25 supporters.”  They are walking precincts.  The campaign claims they have more than 50 regular precinct walkers canvassing the district.

The response has been remarkable.  A few week ago, I was told by a Reisig supporter that reports from the field were that they were encountering many people who told the Reisig campaign not to bother – they were voting for Dean.  I spoke to once canvasser yesterday who walked Northern Woodland and ran out of signs to hand out before she got off the first block.

There is anger out there.  Twelve years is a long time and anger has never had the opportunity to find a vehicle.  The campaign is tapping into that.

Dean Johansson has been able to tap into a lot of things that have converged into one moment in time.  When Trump got elected people became angry and active – many for the first time.  We have seen that locally with groups like Indivisible Yolo.  At the same time, the Picnic Day incident got formal groups like People Power active and brought less organized and formal groups into the fore.

The anger over the treatment of those individuals received a vehicle when Dean Johansson announced he would run.

That energy is bolstered by stats that show Yolo County is out of step with the rest of California.  Yolo County leads the state in per capita trial rate, it is near the top in per capita incarceration, it was once the leader in direct filing of juvenile offenders in adult court.

The fight, however, is probably still an uphill fight.  The newspapers have bought into the mantra that Jeff Reisig is a reformer.

The Sacramento Bee, in endorsing Reisig, called the race a battle between “progressive v. progressive enough.” They wrote that “voters would be remiss in writing off Reisig as a tough on crime DA, instead of the viable middle-of-the-road candidate that he is.”

The Davis Enterprise went further, writing, “Despite efforts by those opposed to him to portray him as something that he is not, Reisig is, in fact, one of the most progressive district attorneys in the state. … The truth is that under Reisig’s leadership, Yolo County is a leader in reforming the justice system.

“The attacks on Reisig have been driven entirely by ideology. We can’t fathom replacing a competent, effective prosecutor purely on those grounds. Yolo County will do itself a great service by re-electing Jeff Reisig as district attorney.”

But those papers are making the same mistake they did in 2016 when they dismissed the revolutionary energy of the Bernie Sanders campaign in favor of the status quo of Hillary Clinton.  The Sacramento Bee declared that Jeff Reisig was progressive enough and lauds programs like the Neighborhood Court.

However, if you look at his seminal program, the Neighborhood Court, you realize that he is taking defendants into that program who would not be charged with a crime at all in Sacramento.  How is that more progressive than other locations?

His office now admits they missed the ball with the Eric Pape prosecution, but the reality is that they merely got their hands caught in the cookie jar on that one.  This is their modus operandi for the last 12 years – prosecutions, heavy-handed, at all costs.  Usually the cost has been excessive prison time for relatively minor offenses – what is eight years for stealing cheese, 10 years for stealing Chinese food, 20 years for bounced checks?

This office wanted to charge a man with felony burglary for stealing a Godiva chocolate bar before a judge stopped them saying that “it’s a candy bar!”

What Jeff Reisig and his campaign are encountering on the campaign trail are those chickens coming home to roost.

This isn’t a scare tactic that some are buying into.  Dean Johansson’s campaign is tapping into legitimate anger and frustration with a system that many in this county feel over-prosecutes minor crimes and criminalizes people of color.

Can Dean Johansson pull this off?  There is a lot of money flowing into this campaign for his opponent.  Jeff Reisig and his supports have already shown they are not afraid to hit below the belt.  And they are willing to double-down on these tactics to do a full court press in the final two and a half weeks.

But the amazing thing that we saw in the 2016 campaign is that, for a sizable portion of the population, they wanted change and they did not care what vehicle delivered that change – whether it was a 74-year-old socialist or a 70-year-old self-proclaimed billionaire.

Dean Johansson in that sense is the easier sell – he can sell the public that there is something wrong with the criminal justice system and it is time for a change.  Jeff Reisig has the task of showing the voters he is “progressive enough.”

72 thoughts on “My View: The Revolution Will Not Be Televised”