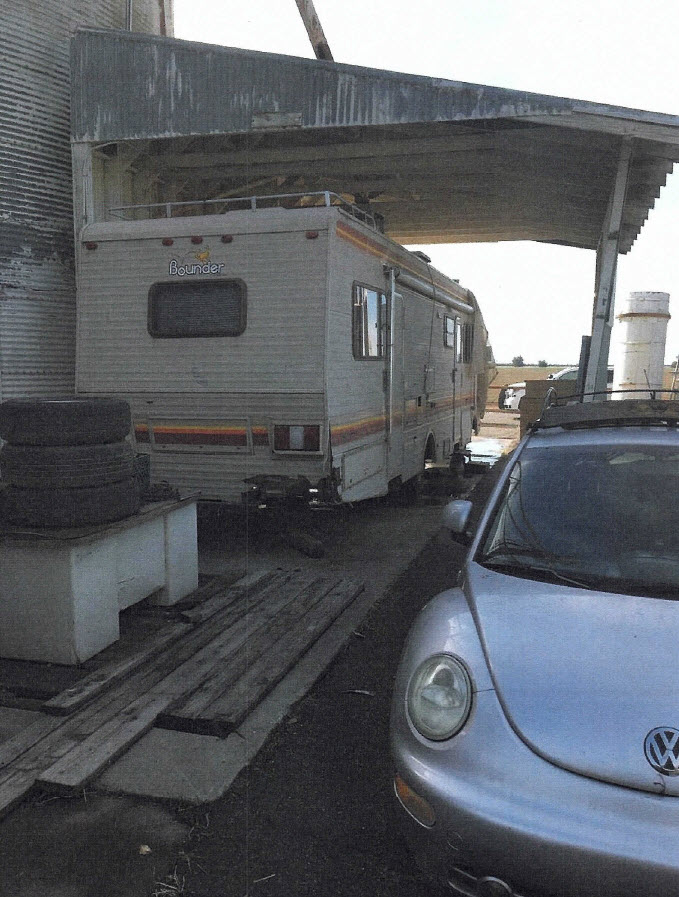 On Veteran’s Day, November 11, 2017, Vincent Craft, a Vietnam vet suffering from PTSD and going through a bitter divorce, attempted to take his own life.  However, when sheriff’s deputies arrived, they saw a man armed with a classic rifle and arrested him.

At around noon on November 11, Deputies Derek Schmidt and Dean Nyland of the Yolo County Sheriff’s Office were called to a rural area in Yolo County for a welfare check on Vincent Craft, who was described as telling the reporting party he had held a gun to his head and was threatening to kill himself.  There were also reports that he had threatened to kill his landlord and that he may have multiple weapons.

The deputies tried to contact Mr. Craft, and found him “distraught” and “complaining that no one cared.”  They said, “The female was attempting to calm Craft.”

Mr. Craft came to the front door of his mobile home and appeared intoxicated: “Craft’s voice appeared slurred and he appeared to sway a few times.”

When one deputy said he wanted to confirm his welfare, “Craft ordered me off his property.  Craft stated that he would protect himself with any means necessary.  That I knew who he was and what he

Mr. Craft returned to the interior of his motor home and shut the door behind him.

It was at this point when the deputies observed Mr. Craft standing at the front door, pointing a rifle out the door.  “The rifle barrel was extended approximately 24 inches past the exterior wall of the motor home.”

The deputies testified that they yelled several times for him to drop the gun.  Mr. Craft went back inside and closed the door, then two minutes later he opened the door itself.  At this point, Mr. Craft fell out of the motor home, landing on his back.

They took him into custody.  Mr. Craft told the deputies he had not committed a crime, he believed that they had accosted him, and he was never intending on shooting the deputies.  He also denied pointing the firearm out of his motor home.

There is a different account to this story.  A friend of his told the police, “He was making suicidal comments.  He was ready to meet Jesus.  He suffered from PTSD.  It was Veterans Day.  He was going through a divorce.”  Concerned, she called the sheriffs for a welfare check.

She said the sheriffs pulled up to his little trailer in the middle of nowhere – with the defendant drunk and suffering from PTSD – and they banged on his metal door.  According to Mr. Craft, they did not announce themselves and he had no idea that they were cops.  He took the rifle that he was going to shoot himself with and opened the door and saw people outside, but couldn’t make out anything but vague outlines.

He pointed the gun out his door.

He never left the trailer or fired a shot.  The deputies were hiding at this point.

He then went outside and fell over backwards, half in and half out of the trailer, with no weapon in his hands at this point in time.

As one of the deputies testified during the preliminary hearing, at only one time in three, when he came to the door, was he armed with the rifle.  The rifle itself was described as an antique from the 1940s or 1950s.  At no point was he directly aiming it at the deputies.

Mr. Craft has no criminal record.  He was trying to or contemplating ending his life rather than harming others.  Once arrested, he was placed in custody for several months without receiving any sort of treatment.  He eventually was bailed out of jail by another inmate.

However, once he was out, he was in an even worse state.  His phone was cut off.  He still was getting no treatment from the county and he currently faces five felonies and 23 years in prison.

In the case of Eric Pape, Deputy DA Jay Linden fought to keep evidence from the judge that stated that Mr. Pape was at the hospital on a 5150 (involuntary detainment for psychiatric evaluation per Welfare and Institutions Code section 5150).  This prevented Judge Dan Maguire from knowing why Mr. Pape was there in the first place.

The deputy DAs fight tooth and nail to exclude this kind of evidence, even though during a preliminary hearing the judge and not a jury has to weigh the evidence.  Given that, a judge should be able to distinguish between what should and what should not be taken into account.

The same thing happened in the case of Vincent Craft – like Mr. Pape, he had no meaningful record.  His only previous record of arrest was for a DUI more than ten years ago.

Mr. Craft, like Mr. Pape, was intent on killing himself.  Mr. Craft had real problems and was crying out for help.  However, the judge during his preliminary hearing was not able to weigh all the evidence, much of which was not only ignored but vigorously excluded by the DA to prevent the judge from being able to see it in court.

Mr. Craft will appear this morning before Judge David Rosenberg, as they continue to figure out what to do next in this matter.