During the district attorney’s campaign, the Yolo County Neighborhood Court Program was held up as being a progressive innovation of incumbent Jeff Reisig.  For Mr. Reisig, the neighborhood court was a way to lower incarceration and emphasize treatment and restorative justice principles.

In his campaign, Mr. Reisig claimed his office “was the second in California to establish a neighborhood court program that has diverted 1,400 cases from the court system and will soon expand to include certain felony crimes.”

Meanwhile, his opponent, Dean Johansson, questioned whether these cases should have been criminalized in the first place.  He and others noted that most of the cases handled under Neighborhood Court would not have been prosecuted in most counties.

In the heat of the campaign, the DA’s office released a report on Neighborhood Court, looking at 640 program participants with misdemeanor level offenses.  They claim only 4.8 percent were

rearrested within the first year after completing the program.

The report does note that the program has shifted to misdemeanor charges such as battery, public intoxication, petty theft, vandalism, trespassing, minor in possession, resisting arrest, and other various offenses.  And that 80 percent of the cases diverted were misdemeanors.

In a recent op-ed, Mr. Reisig writes: “Recently, there has been some misinformation that Neighborhood Court only handles noise complaints and other minor infractions. Since we started, Neighborhood Court has expanded from a first-time offender program that mostly dealt with low-level offenses, to include a much broader range of participants and crime types. As our experience and success have grown, we have started handling many different types of misdemeanors and even some felony level property offenses.”

He argued, “In 2017, 90 percent of Neighborhood Court’s cases were misdemeanor level charges.”

The DA also noted that, starting in 2015, they received federal funding to expand staffing for the Neighborhood Court program.

Mr. Reisig writes: “What began as a pilot project in Davis expanded into a countywide program thanks to this financial support. However, that federal funding is no longer available.

“Going forward, we are committed to collaborating with the Yolo County Board of Supervisors and the cities to keep Neighborhood Court going and growing. The positive results and possibilities for our communities are too great to do anything less.”

To test this, the Vanguard requested from the county the charging information on the Neighborhood Court program.  In a letter from Deputy County Counsel Eric May, “NHC is a pre-charging restorative justice diversion program. Since the goal of the program is to resolve cases before charges are brought, only a small fraction (approximately 25%) of the cases in the program are ever charged based on law enforcement agency requests.”

They did provide a summary of the types of crimes, but we have no way with the current information to evaluate the actual crimes. 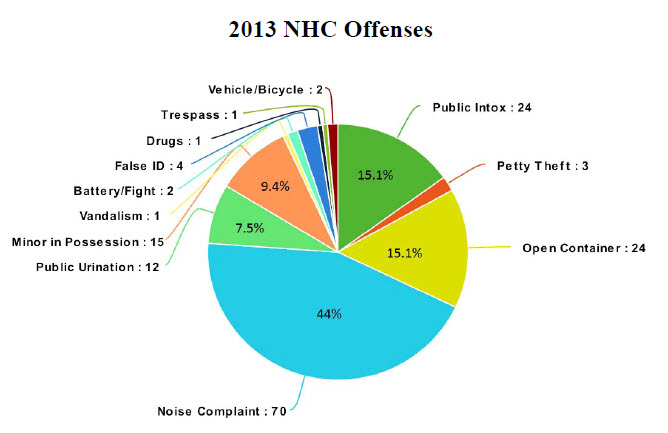 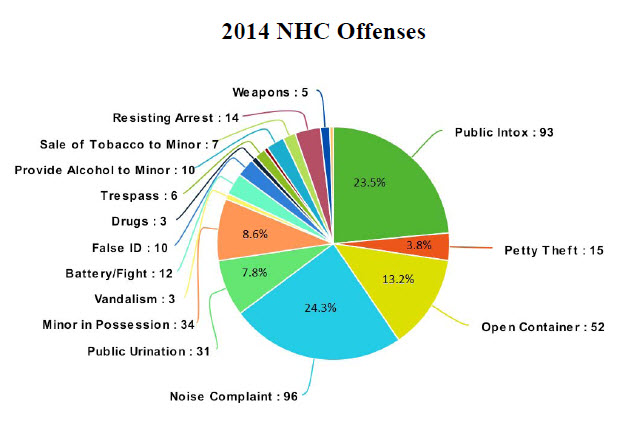 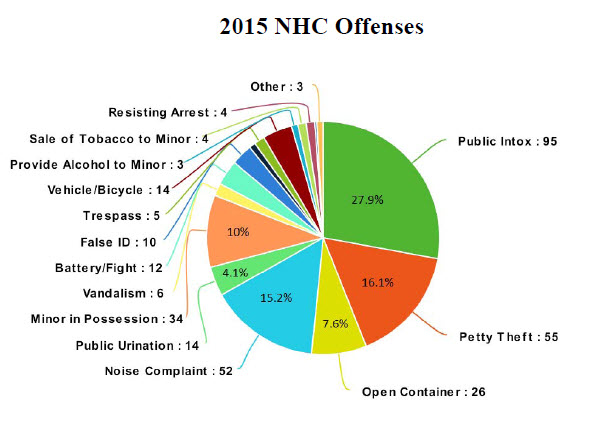 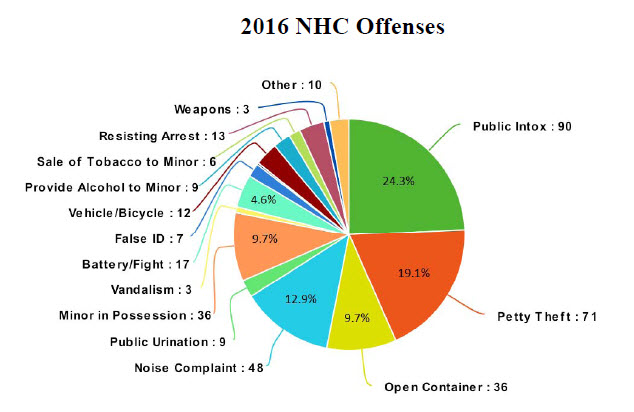 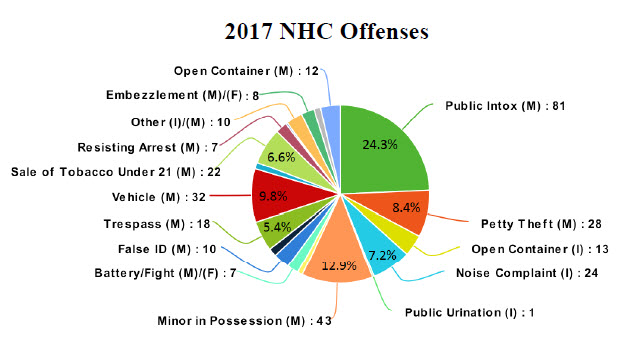 What we see is, while the DA is correct that many of these “crimes” are in fact “misdemeanors,” we are still largely talking the same category of crimes that we always have – public intoxication, minor in possession, vehicle, noise complaint, sale of tobacco under 21, trespass, open container (both misdemeanor and infraction), false ID and public urination.  Those “crimes” still comprise 84 percent of the Neighborhood Court Cases, and most of those would not be charged in other jurisdictions.

There is evidence, however, that the program is expanding with 28 (8.4 percent of cases) being petty theft, 8 cases of embezzlement, 7 cases of battery or fighting (which could include felonies), and 7 for resisting arrest.  In 2017, those cases represented 50 of 306 cases.

But for Neighborhood Court to be the broadly innovative program that reduces not only recidivism but also incarceration, it has to take on crimes that other jurisdictions would have to prosecute, and divert people out of the criminal justice system.

Back in 2013, Judge David Gottlieb came to speak at a Vanguard event on Restorative Justice.  It was an illustration of just how much further other locales are from Davis.

DA Reisig recently wrote, “Neighborhood Court is one of the most innovative community-based diversion programs, run out of a local DA’s office, that you will find anywhere in the nation. It is a smart, measured application of transformational criminal justice reform. And, it is working!”

But the amazing is that Fresno has for 30 years been far ahead, bringing victims and offenders together.

Perhaps this DA’s election – if Mr. Reisig indeed holds on and wins – will push him to go much further with the Neighborhood Court program.  Time will tell.

13 thoughts on “Analysis: Is the Neighborhood Court Program Really That Innovative?”