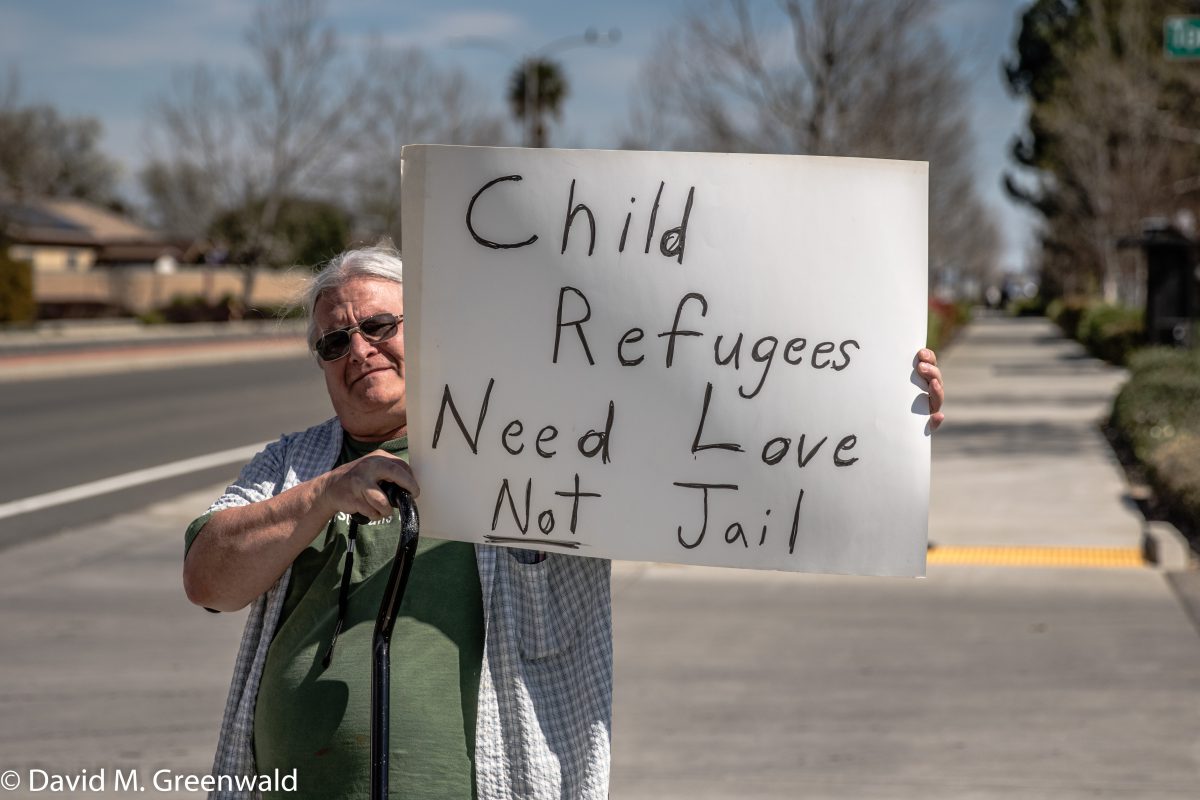 Back in April, the Probation Department staff presented an update to the Yolo County Board of Supervisors on the Office of Refugee and Resettlement (ORR) program for Unaccompanied Children (UC), currently operating out of the Yolo County Juvenile Detention Facility (YCJDF) on behalf of the federal government.

At the time, “Chief Probation Officer Brent Cardall recommended termination of the contract due to, among other things, the increased rate of staff injuries resulting from assaults by the youth on staff, and the insufficient amount of funding available to effectively staff the facility to respond to incidents.”

The Board is meeting early Tuesday afternoon to determine whether to receive an additional ORR funding of approximately $2,254,691 for the period of June 2018 through January 2019 and approve the addition of nine permanent, full time positions for the program.

The Board of Supervisors meeting comes days after an exposé by CNN put the ORR unit in poor light.

CNN reports: “Teenagers in the Flores documents described other forms of mistreatment across the country in California at Yolo County Juvenile Detention Facility, another secure facility paid by the government to house migrant children. Multiple youth discuss the use of pepper spray, with one teen saying he had been sprayed seven times in his eyes.”

CNN reports that one teenager, “who fled Guatemala to escape an abusive father and forced child labor, had been in federal custody for almost two years when he gave a sworn declaration in November

from Yolo,” which he described as “a juvenile jail where we are kept in cells, forced to wear uniforms and treated like criminals.

The government, in a letter filed as evidence, claimed the teenager had psychiatric and behavioral issues.

CNN continues: “The facility’s own chief probation officer, Brent Cardall, told the Yolo County Board of Supervisors that the detention center could not meet the mental health needs of many of the migrant teens and previously stated in court filings that the government had often failed to provide any corroboration of gang affiliation of some of the supposed gang members sent there.

“In April, Cardall proposed ending the program for unaccompanied children altogether, saying ‘it would be in the best interest of the county to terminate this federal contract and end the program.’ The county supervisors instead voted to discuss reducing the number of migrant children accepted into the facility and requiring youth to have documented reasons for being there.”

Yolo received more than $6 million in government funding between fiscal years 2014 and 2017.  According to online government data, it is on track to bring in more than $5 million for the 2018 fiscal year.

CNN reports that the county said in a statement to CNN, in the 10 years it has worked with ORR, it has provided all youth with “the care and services they need,” although staff are negotiating an increase in funding to meet the teens’ needs. County officials also said they are “gravely disturbed” by the forcible separation of families, that no newly separated children have been placed there, and that the county has the ability to reject the placement of youth in its facility if officials don’t believe they belong there — which they have done in the past.

“The county does not, and has no interest in, operating a de facto federal prison for forcibly separated youth,” the statement said.

ABC10 quoted Rev. Beth Banks of Unitarian Universalist Church of Davis, saying they still have concerns. Banks says her congregation is pushing for the county to end its contract with HHS (Health and Human Services).

“Our understanding [is] this is really incarceration,” she told ABC10.

Ms. Banks pointed “to an incident, last year, where 20 undocumented teenagers had to be released from the Yolo County facility after the federal government failed to provide evidence they were affiliated with gangs.

“We still feel someone needs to make a moral statement that basically detention centers are destructive,” she explained. “We know that youth and children are damaged psychologically by being in detention centers and so this is definitely not assisting them long term.”

While Chief Cardall recommended termination of the program, the Board looked at other options and “directed staff to negotiate with federal ORR staff to explore solutions to the issues identified by the Probation Department and Board.”

Since the April meeting, staff requested changes to ORR, and ORR agreed to increase funding but stated that “the agency could not accommodate any of the policy requests. Under such an agreement, Yolo County would continue to provide up to 24 beds for UC who meet ORR Secure Placement criteria. The additional funding will support operational adjustments, specifically the addition of staff, which is anticipated to improve safety and increase the availability of supportive counseling for youth.”

The increased funding provides for program and budgetary modifications, including the following changes:

1. Increase supervision ratios to one Detention Officer for every four youth.
2. Increase clinical services to one Clinician for every eight youth.
3. Increase case management staffing to one Case Manager for every six youth.
4. Cover costs for on-site medical, psychiatry/mental health, and educational services that were previously subsidized by Yolo County.

Probation staff believes “the proposed fiscal augmentation to the agreement is sufficient to address the County’s other outstanding concerns. Should the Board elect to continue the ORR program, Probation staff is requesting the Board permit the department to convert eligible, qualified Detention Officer – Extra Help staff to full-time Detention Officer I staff to expedite the hiring process required to meet the new staffing ratios.”

Additionally, staff reports to the BOS that they “continue to work with ORR to include a 50-day termination clause in the agreement to address concerns raised by the Public Works Board of the State of California in relation to the use of the Multi-Purpose Center at the JDF by ORR youth potentially implicating IRS regulations barring the ‘private use’ of facilities funded with tax-exempt government bonds. A 50-day termination clause would preclude the implication of such regulations and allow for ORR youth to continue to use the Multi-Purpose Center.”