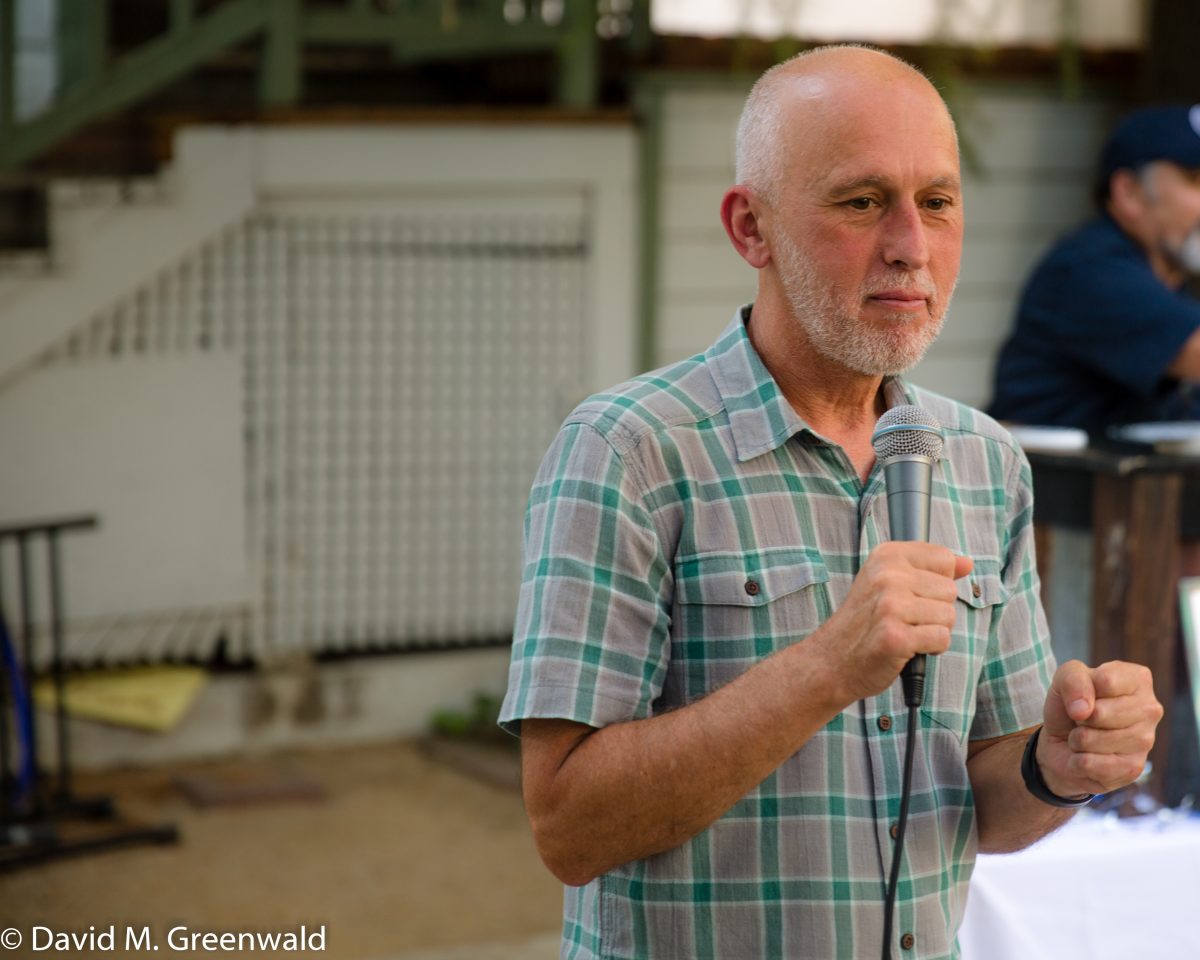 The event was also attended by incoming Mayor Brett Lee and Councilmember Lucas Frerichs as well as Supervisors Jim Provenza and Don Saylor, and also several of the council candidates who were unsuccessful: Linda Deos, Larry Guenther, and Mark West.

Rochelle Swanson is the longest current serving member of the council and about to exit after eight years.  “It’s kind of hard to believe that eight years ago, Joe (Krovoza) and I were running.  That time has gone by really fast,” she said.

“The unwavering support has been really appreciated,” she said.  “While it’s true that we can make policy at the dais – we can’t make it really happen if we don’t do it in the community.”

She expressed appreciation for the Davis Downtown, saying, “I appreciate the texts and phone calls on nights where we’ve been beat up from the podium.”

She said, “I’m looking forward to the next council to see what’s going to happen with all of the downtown core planning.  I’m optimistic.” 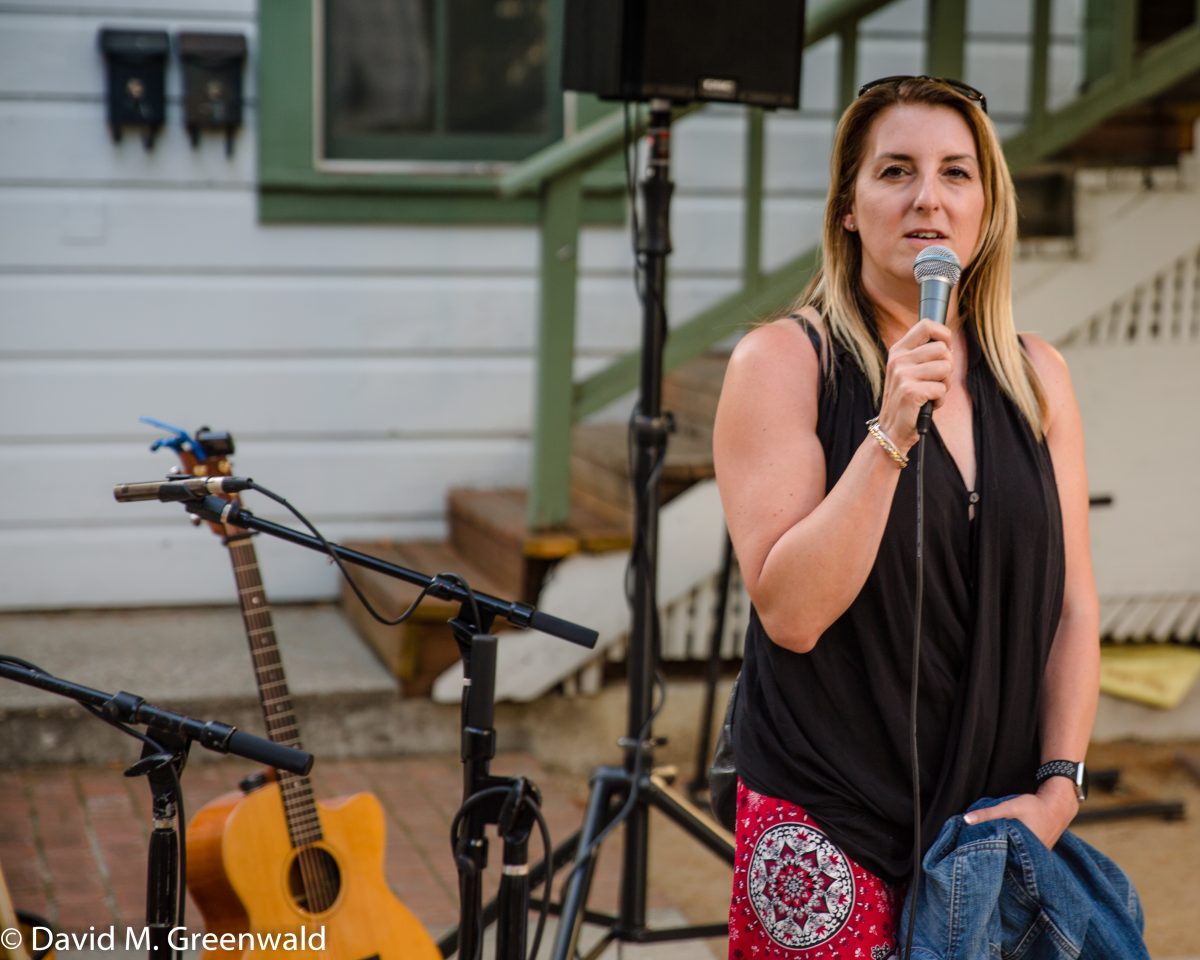 “We may not agree on everything, but we’ve got each other’s back,” she added.

Mayor Robb Davis said that the nice thing about local democracy is that we have faith in our transitions.  “We know that you’ll continue the work with integrity and you’re going to work hard, we know that,” he said.  “With a lot of confidence, we know that what the council’s been doing will continue.”

Robb Davis agreed with Rochelle Swanson, saying, “It is family.  I have a deep affection.  I love you guys.  I love you in a way that a family loves its members – we rub up against each other and sometimes we need to get away from each other.  But it’s abiding in the sense that there’s a deep respect and sense that we’ve been through things together that has made us a better community.”

He said of his colleagues, “What I found in each one of them is that their passions and their interests, and their ability to work on things are really dictated by their own gifts and backgrounds.

“I’m so thankful that I had a chance to work with you,” he said.  “Brett (Lee) is going to do an amazing job as mayor.”  He quipped, “The people have spoken, they want a mayor with a full head of hair.  That’s just the way it is now.”

Mayor Davis described what Mayor Lee would be like, noting that his gifts are different from his own and he will bring a different perspective.

“His gifts are really about looking ahead and developing a plan for arriving,” he said.  “I was more about reacting to the things around me.”

He noted the changes in commerce and the “Amazonization” of it, but he said that despite this, “people are coming to our downtown from all other the places.”

It was also a time to welcome the new. 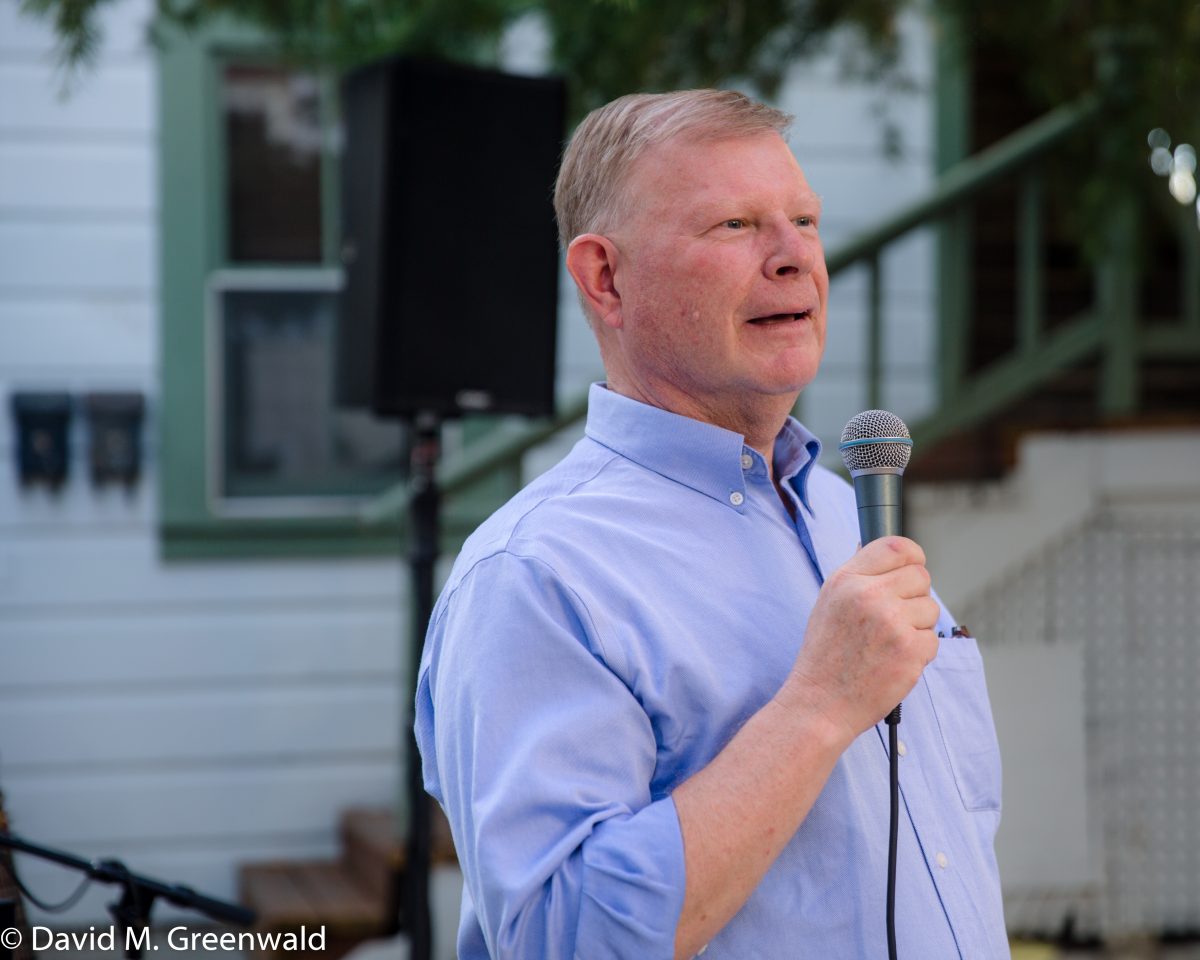 Dan Carson joked that he would “start with a little brevity to start us off on the right foot.”

He thanked both Robb Davis and Rochelle Swanson, calling their contributions to the city “enormous.”

He said, “I’m really excited about the chance to roll up my sleeves and get to work.  Everything I see tells me we’re going to be a great team.  It doesn’t mean we’ll agree on everything at every moment.  But I think that collaborative spirit that we have seen is going to continue.  I know that I want to make sure that it continues in every way I can.

“We’ve got really significant issues ahead of us dealing with the city finances, some interesting issues that are about to break involving the university, we’ve got housing challenges, and one that I talk about time and again, in our community, we’re so passionate, we’re so engaged that sometimes we talk past each other instead of to each other.  It’s something we need to continue to work at,” he said. 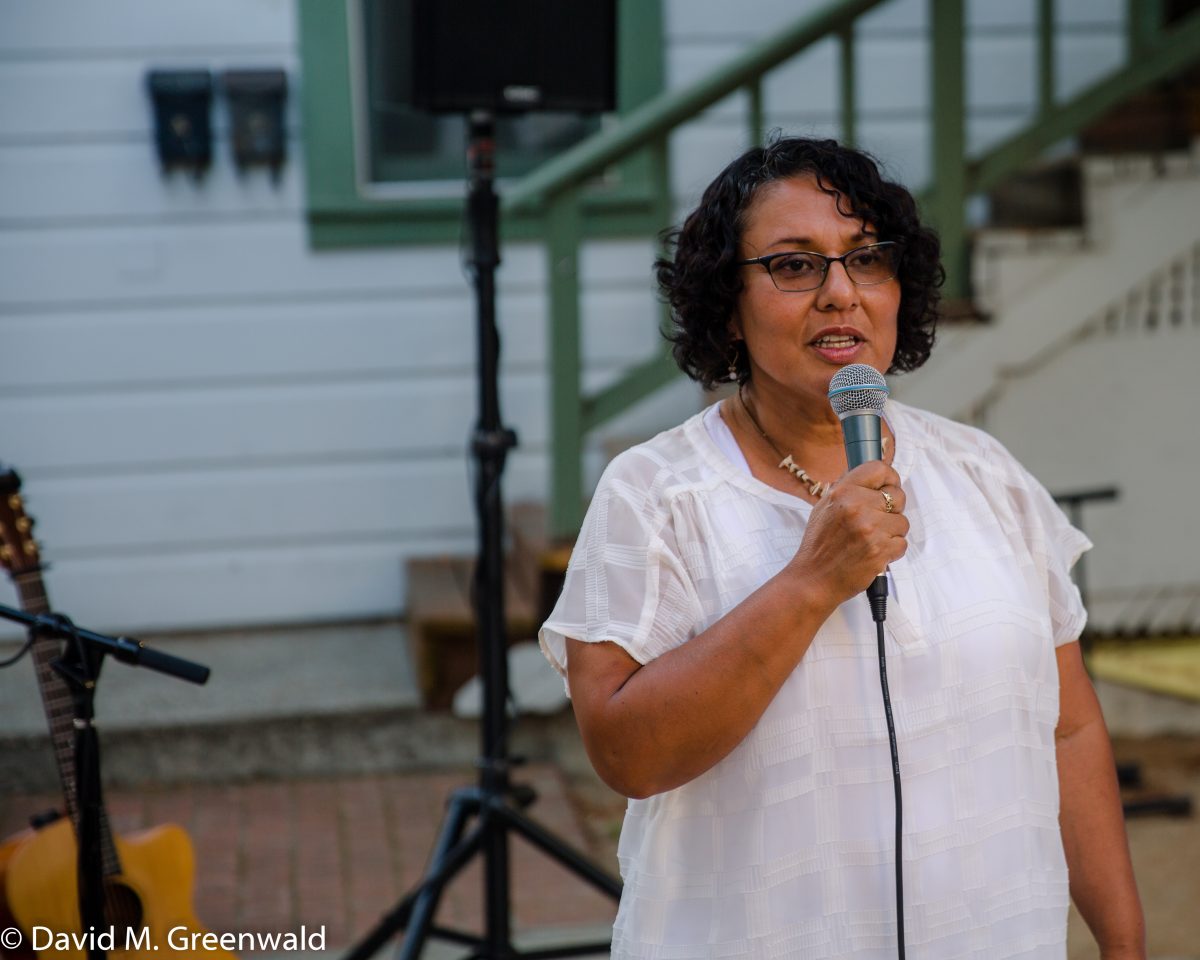 Gloria Partida, who will be the next mayor pro tem, noted that she had a conversation the other day where she said that Robb Davis’ shoes would be hard to fill, and she said she got really good advice: “fill your own shoes.”  She quipped, “I thought, my shoes are a little small.”

She said while she’s not sure if she’ll be excited in a month, “right now I’m really excited.”

Share:
Tags:City CouncilDan CarsonDavis DowntownGloria PartidaRobb DavisRochelle Swanson
Previous : With Little Other Choice, Legislature and Governor Capitulate to the Beverage Industry
Next : Commentary: Why is the Board Giving the Upper Administration Another Pay Increase?