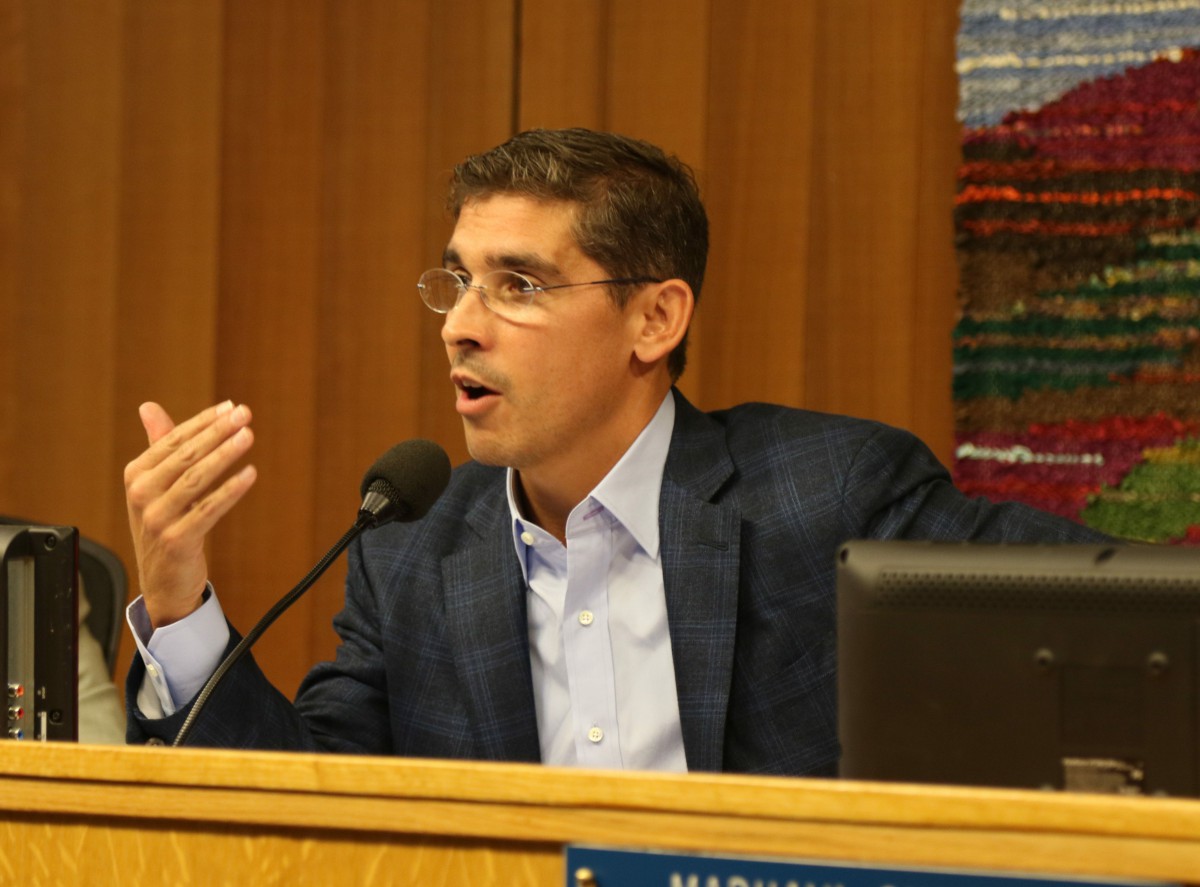 Alan Fernandes, looking to fund teacher compensation increases, is attempting to place a citizens’ initiative on the ballot that would enable the district to pass a majority parcel tax of $365 on the ballot for November.

The measure has an uphill battle.  He will have about a month to gather around 6000 signatures in order to get the measure qualified.  He explained to the Vanguard that the Upland court decision opened the door.  So far San Francisco has taken advantage of it – but it will likely be a short-term door as the Howard Jarvis Taxpayers Association has qualified an initiative for November that is expected to pass that would close the door.

In order to get it on the ballot, it is not the school district’s ballot measure, but rather a citizens’ initiative circulated throughout the city.  If he gets enough signatures, the council would have to hold a special meeting at the end of July to put it on the ballot.

In comments to the school board and public last night, Alan Fernandes pointed out that the board has prioritized closing the decades-long compensation gap and stated “we are taking the first step in that

He noted that, last year, the California Supreme Court issued an opinion involving the city of Upland.  “If the citizens put a measure on the ballot, they can pass a special tax, ie a parcel tax,” he said.  “People have no idea generally how school districts are funded.  We get 80 percent of our funding from the state.  The only two lawful ways that we can raise revenue are (1) a school bond where it’s a 55 percent threshold or (2) a parcel tax.

“We are what we get from the state,” he said.  He noted that the LCFF (Local Control Funding Formula) “does a district like ours absolutely no favors.”

Mr. Fernandes explained, while he supports the concept of LCFF, the result is that a community like Davis, as a result, is forced to invest local money in its schools to keep pace.

Alan Fernandes said that he and his colleague Bob Poppenga, who also sits on the parcel tax subcommittee along with a small group of citizens, “have filed a city initiative that needs to qualify for the November ballot.”

This would fund the schools for the specific purpose of closing the teacher compensation gap.

He said that unless and until the community agrees to use local tax money to close the compensation gap, “we will never ever reach that goal.

“Unless we make cuts to make this district completely unrecognizable, to the people that are here for FFA, for music, for everything else,” he said, noting that they did give a 3.5 percent raise in an effort to close that compensation gap.  “In doing so, according to our LCFF, it takes our district $1 million into deficit spending in out years.

“I’m asking you to take this energy and help us qualify an initiative that I believe once and for all will put this district not only at level, but actually over time, put this district into a position where we can long term live up to the ‘attract and retain’ that we all aspire to,” he said.  “But we can’t do it by divisively splitting the community apart.”

He noted that the Supreme Court case allows this opportunity for a very short window.  “There is a measure on the statewide ballot in November that will close – i.e. re-write – the Supreme Court decision once for all and it’s likely to qualify next week,” he said.

They have filed the initiative with the city.  They will have a rally and BBQ from 2 to 5 Saturday at Central Park for people who would like to learn more about what the initiative is.

Mr. Fernandes stated, “We have a unique opportunity this year only.  It is likely that the statewide initiative will pass once and for all, in which case this narrow window of opportunity could close.”

The ballot language states: “This Initiative, if approved, would impose a parcel tax on all taxable property within the City of Davis to provide additional funding to the Davis Joint Unified School District (‘DJUSD’) for school funding and to the City for school safety. The initial tax would be $365 per assessor’s parcel per year. The annual tax per parcel would be adjusted annually commencing in 2019-20 by the increase in the Consumer Price Index.”

It would have the typical permissible exemptions.

Further, the initiative states that “75% of the annualized tax proceeds must be allocated to raising pay and increasing compensation for DJUSD teachers and certain school employees. Annually, 10% of this 75% must be deposited in a DJUSD Budget Stabilization Account.”

It adds that “25% of the annualized proceeds must be used by the City for hiring an additional school resource peace officer and increasing emergency first responders consistent with Chapter 13 of the City’s Municipal Code. The Initiative prohibits use of these funds to pay top level contracted administrators and prohibits redirection of these tax funds by the State of California.”

Following his presentation, Board President Tom Adams stated, “I do want to commend you on your work and your willingness to be inventive and understanding the needs of our community.”  He said, “This is an effort that needs all of us.

“We’re all going to work on this together,” Mr. Adams stated.