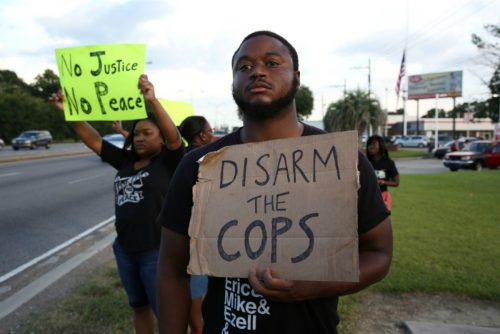 Labor has a long and checkered history with regards to racial justice, from the division of the AFL into the AFL and CIO (largely a division based on commitment to racial justice), to the racial backlash in labor through the 60s, to the racial language used to describe the movement of jobs overseas. In many cases the issue of race is talked about in union circles as a tool by bosses to divide workers – eliding the fact that workers of color endure forms of class marginalization that their white peers simply do not experience. In many racial justice movements, there is a clear analysis of job precarity and exploitation, but often this stops short of discussing unions. Because of labors perception as a white space, there is often a gap between these two movements, although the workers who sit at their intersections are often the most affected by the continued institutional silence on racial and economic justice.

How can we push these institutions to lift up those at these intersections? UAW 2865 has, as usual, led the way in pushing the labor movement to think critically about its role in advocating for racial justice in a time of rampant white supremacy. Exactly what can labor do? What is its responsibility to workers, many of whom are Black and Brown? And how can we think systematically and deeply, resisting neoliberal shock doctrines, to forge a labor movement that is deeply committed to social and economic equality? One of the central ways labor can make this possible is expanding what we consider contract language, reimagining what withholding our labor in solidarity looks like, and acting to build a membership that is both expansive and politically educated.

In a recently unveiled contract proposal (Full Proposed Language), UAW 2865 has acted to do exactly the actions discussed above. This language calls for the disarming of campus police across the UC system, seeing their continued armament as a threat to the safety and health of Academic Student Employees (ASEs).  In language both broad and specific, the union lays out the connection between the health and safety of workers and the problems facing these workers; a threat posed both by the roots of policing in white supremacy and strike breaking and in the increased militarization of police forces broadly and the UC police in particular.

One of the biggest hesitancies in confronting police violence in our communities and workplaces, from a labor perspective, is the fact that police are often unionized. In a time when union density is low, some have argued that standing up to police terror would divide labor in a time when unity is urgent. But UAW 2865 established, in 2015, that from a labor perspective police unions cannot be unions because their function is at odds with the goals of the labor movement as a whole – their function is to protect the private property of capitalists and protect white supremacy. The labor movement is trying to dismantle both.

By forging connections between labor and anti-racism we can attack the deep roots of white supremacy and labor exploitation – confronting the full matrix of domination at once. Keep an eye on UAW 2865, and their negotiations, to see how labor is pushing itself to think in new ways, bargain in new ways, and build a labor movement that sees racial justice as a key tenant to a just workplace.

BB Buchanan is a PhD student in the Sociology Department and an organizer of SWERV (Students and Workers Ending Racial Violence).

28 thoughts on “Guest Commentary: By Our Powers Combined”