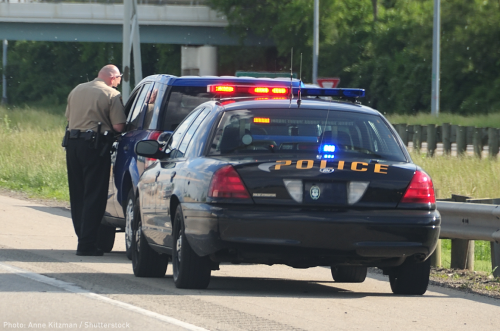 While the House was busy passing the divisive “empty gesture” known as the Protect and Serve Act during Police Week, the Senate took up a bill that Attorney General Jeff Sessions describes as “the centerpiece of our crime reduction strategy.” This bill, which the Senate unanimously passed and the House could take up in the next two weeks, authorizes the Project Safe Neighborhoods grant program. This program gives more federal dollars and resources for “a nationwide law enforcement program focused on the reduction of violent crime.”

Project Safe Neighborhoods has been around since 2001, and in that time, about $2 billion has been spent encouraging federal-local partnerships around “reducing gun violence in the United States.” Some of those partnerships, like Boston’s Operation Ceasefire, have been characterized as holistic, using a law enforcement and social services approach to reduce violence. Others, like Richmond’s Project Exile, have been described as punitive and exclusively enforcement focused.

In the almost two decades that PSN has been around, it has received little fanfare or question. PSN has been overwhelmingly supported by past administrations and congresses, but this continued rubber-stamping must end, especially with this attorney general, who is focused on making mass incarceration worse.

“The war on crime and drugs did not fail. It was roaring success,” Sessions has said. So why is a Congress focused on bipartisan criminal justice reform fueling Session’s drug

Without a hearing or opportunity to amend the PSN authorization in the Senate Judiciary Committee, which has jurisdiction over the bill, the Senate quietly advanced the legislation. But this bill is no “empty gesture” for law enforcement. It gives $50 million over two years for what is being coined as “violence reduction,” with funding prioritized for enforcement against “identified subsets of individuals or organizations responsible for increasing violence in a particular geographic area.”

And the big winner in all of this is Sessions, who has very specific plans for what the “centerpiece” of his “law and order” agenda will do. He also has a very broad definition of violent crime and its causes, which range from marijuana use to immigration status. According to Sessions, “U.S. Attorneys [will] establish a crime plan from the bottom up.” They will “prioritize prosecutions of the most violent people in the most violent areas.” And U.S. attorneys exercising their “prosecutorial responsibilities to enforce our immigration law” will build on the PSN “centerpiece.” Sessions told law enforcement, “My goal is to … unleash you.”

But what exactly is Sessions unleashing law enforcement for? Is it for misrepresented crime statistics? Sessions claimed a spike in violent crime in recent years even though statisticians at the Department of Justice have found “no change” in violent crime rates. Or is it because of the myth of the “ACLU effect?” Sessions’ belief that “crime [goes] up” when you tell officers to follow the Constitution (he calls it “let[ting] the ACLU run the police department’) is based on a study with faulty findings.

Whatever the reason, some jurisdictions, like Memphis and Richmond, are rightfully concerned about what a Sessions’ Project Safe Neighborhood program will mean for their cities. Ed Chung at the Center for American Progress faults PSN because the program allows “the federal government [to direct] communities as to how they should spend millions of dollars over which they previously had local control.” Local advocates would rather see the federal government invest in “jobs and economic viability of our neighborhoods.” And there is the reality that “arresting your way to lower crime has negative collateral effects.”

Before the authorization of Project Safe Neighborhood lands on the president’s desk, the Congress must seriously consider this $50 million dollar check it’s giving Jeff Session that he will make out to the war on drugs. And jurisdictions across the country must be vigilant about PSN coming to their town. If cities don’t want to be complicit in Session’s boom for mass incarceration, they must push back.