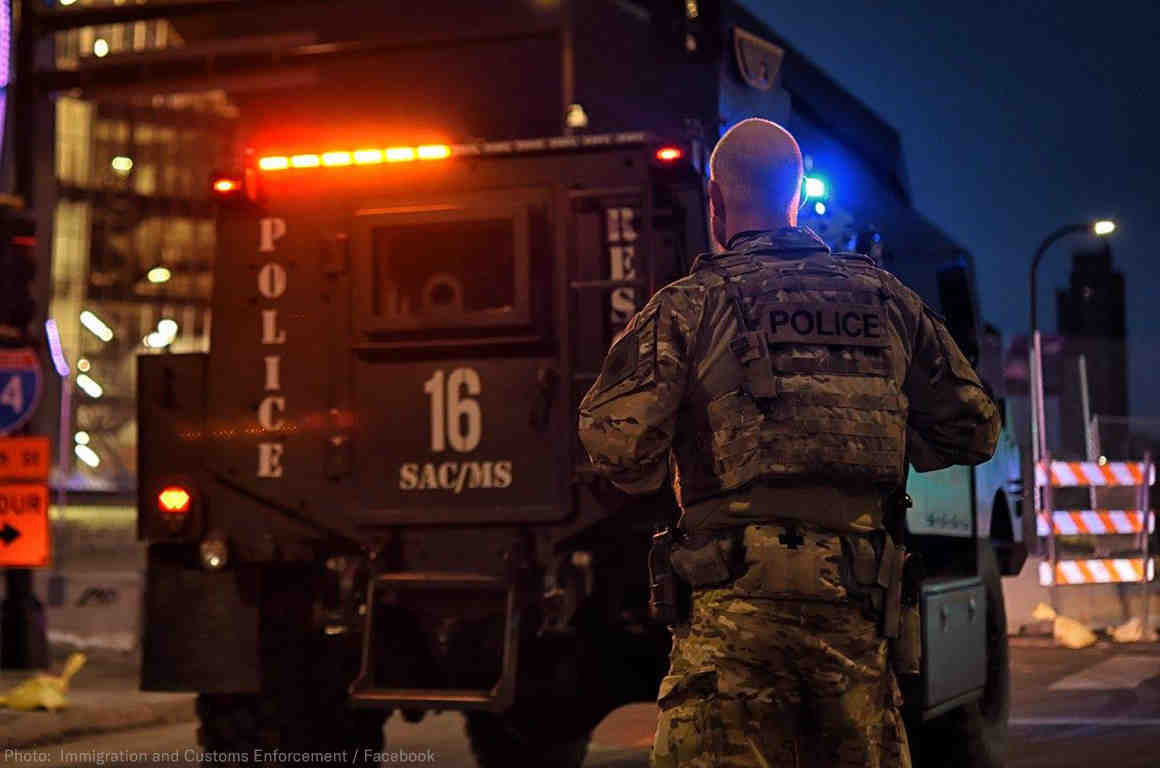 At 7 a.m. on June 5, a man walked into Corso’s Garden Center in Sandusky, Ohio. He carried with him a stack of donut boxes and announced a spur of the moment company meeting. Employees of the garden center were gathering when, suddenly, the man began shouting orders. Heavily armed agents in military fatigues stormed in with canine units. Outside, 100 armed agents formed a perimeter, and overhead, helicopters circled to ensure that no one could escape.

The horrible truth had become apparent. This man, who had just offered them free donuts, was not a company representative. He was an ICE agent, and the workers were trapped. People were crying and panicking. One woman fainted.

ICE agents moved through the crowd, zip-tying the farm workers’ hands behind their backs without bothering to distinguish between U.S. citizens and those without documentation. Ultimately, 114 employees were loaded onto buses and taken to a Border Patrol station in Port Clinton. From there, the men and women were separated, with most sent to detention centers in Youngstown, Ohio, and Battle Creek, Michigan, respectively.

I was told the details of this horrible day by people who had witnessed it themselves. I am the executive director of HOLA Ohio, a grassroots Latino organization that has been advocating for immigrants’ rights for over two decades. As soon as news broke of the raid, my colleagues and I got in the car and drove several hours to the trailer park in Norwalk, Ohio, where many of Corso’s employees live. By the time we arrived, it was essentially a ghost town. Rumors had spread that the trailer park was ICE’s next stop and most residents had fled, many

leaving behind their cars and all of their possessions.

It was there that we encountered a traumatized 17-year-old girl who had just been released by ICE. She was a U.S. citizen and worked at Corso’s as a summer job. She, too, had had her hands zip-tied behind her back. Other minors who had been swept up in the raid, including other U.S. citizens, were detained for 12 hours before being released.

Perhaps the most troubling aspect of the raid is the number of children who have had their lives thrown into turmoil as a result. The day of the raid, at a nearby church where many community members sought shelter, adults scrambled to make sure that the frightened children whose parents had been arrested would have someone to take care of them. Today, over 200 children are still without one or both of their parents.

The day after the raid, ICE announced that it was releasing a number of detainees for “humanitarian reasons,” including those with health issues and those who are the primary caregivers of minor children. Yet, many people who match these criteria remain in ICE custody. One individual still in ICE custody lost his eye while working at Corso’s and needs to take medicated eye drops. Another man in custody is on medication to prevent seizures. There are people still in custody who have diabetes and arthritis. Family members are telling us that these individuals currently do not have access to their medications. It is not clear whether the parents of young children will be released.

The chaos and fear that ensued last week has not abated. Lawyers were finally able to initiate contact with the 56 men in detention, but they have still not been able to contact the women, who are being detained in Michigan. The majority of families have still not been able to speak on the phone or have any contact with their loved ones who are in custody. Deportations could begin as soon as today, though no one knows for sure. This lack of information is only creating more terror in the community.

Though large-scale immigration raids have happened before, the size and brutality of this particular raid, along with the use of military tactics, have shocked even the most seasoned immigrants’ rights activists. Regardless of citizenship status, for workers — including teenagers, mothers, fathers, and those with medical issues — to be treated like enemy insurgents is beyond disturbing. It is terrible, barbaric, and inhumane.