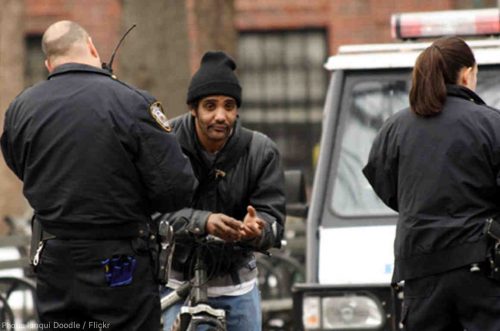 Committee advances AB 931, a bill that will change California’s deadly use of force standard and prevent unnecessary police killings

(From Press Release) — Today, the California Senate Committee on Public Safety advanced legislation to update California’s deadly use of force standard to reduce the number of people killed by law enforcement in the state. AB 931, introduced by Assemblymembers Shirley Weber (D-San Diego) and Kevin McCarty (D-Sacramento), is heralded as an important step toward saving lives and repairing police-community relations.

The legislation will change California’s legal standard to ensure peace officers do not use deadly force when alternatives exist—a standard that matches best practices already in place at other police departments—setting the tone for states across the country to do the same. The bill also specifies that an officers’ conduct leading up to a shooting should be considered in determining whether deadly force is justified.

“Today is a significant step forward for California. AB 931 clarifies that police should prioritize the de-escalation of situations before they turn deadly,” said Mar Velez of Communities United for Restorative Youth Justice (CURYJ). “While this seems like a common-sense standard, it isn’t the current practice in California. Now we call on the rest of the legislature and the governor to

Current state law allows police officers to use deadly force when it isn’t necessary and even when alternative tactics exist and are available to them. Under this law, California police departments shoot and kill Californians with alarming frequency and are rarely held accountable. In fact, a 2015 report by the Guardian found that police in Kern County killed more people per capita than in any other county in the United States.

Nationwide, there are enormous racial disparities in police use of force. Studies show police kill unarmed young Black men at more than twenty times the rate they kill young white men. In addition, Black women are more likely to be have been unarmed when killed by police than non-Black people.

“As we commemorate Juneteenth, a celebration of survival in the face of racial terror and injustice from generation to generation, we also reckon with the fact that today, our challenge to freedom and justice continues,” said Pastor Les Simmons with PICO California federation Sacramento ACT. “State violence in the form of unjustified police killings continues to plague our communities, particularly communities of color. With AB 931, California will usher meaningful change to overcome this legacy of violence and prevent unnecessary deaths at the hands of law enforcement.”

Several police agencies and law enforcement organizations have recommended or already adopted stricter use of force standards similar to those proposed under AB 931. Officers at agencies with stricter use of force policies kill fewer people and are less likely to be killed or seriously injured themselves. For example, Seattle saw a reduction in the number of people killed by police without any impact on overall safety.

“My cousin was only 14—14 years young when he was killed by law enforcement in Santa Ana, California,” said Ellie Virrueta of the Youth Justice Coalition. “AB 931 can’t bring back those lost lives, but it will ensure that police prioritize de-escalation tactics to cool down situations and prevent interactions from reaching the point where anyone’s life is in danger.”