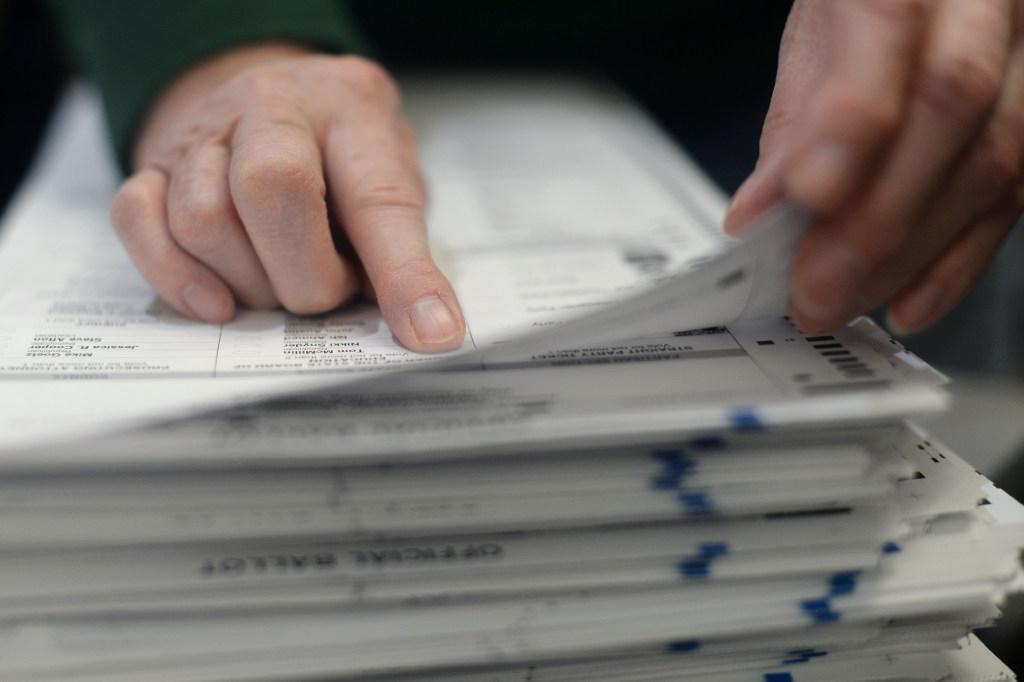 They are not done, but the county has released the results of just under 10,000 new ballots countywide, with just over 4000 of them being from Davis.  Unofficially that leaves them with just under 9000 ballots to go, and, while some are likely to hold out until the last vote, the latest release has cemented rather than changed the results of the races.

At this point, we would estimate that of the nearly 9000 ballots remaining, there are probably 3000 to 4000 from Davis, which pushes the turnout into the solid range. 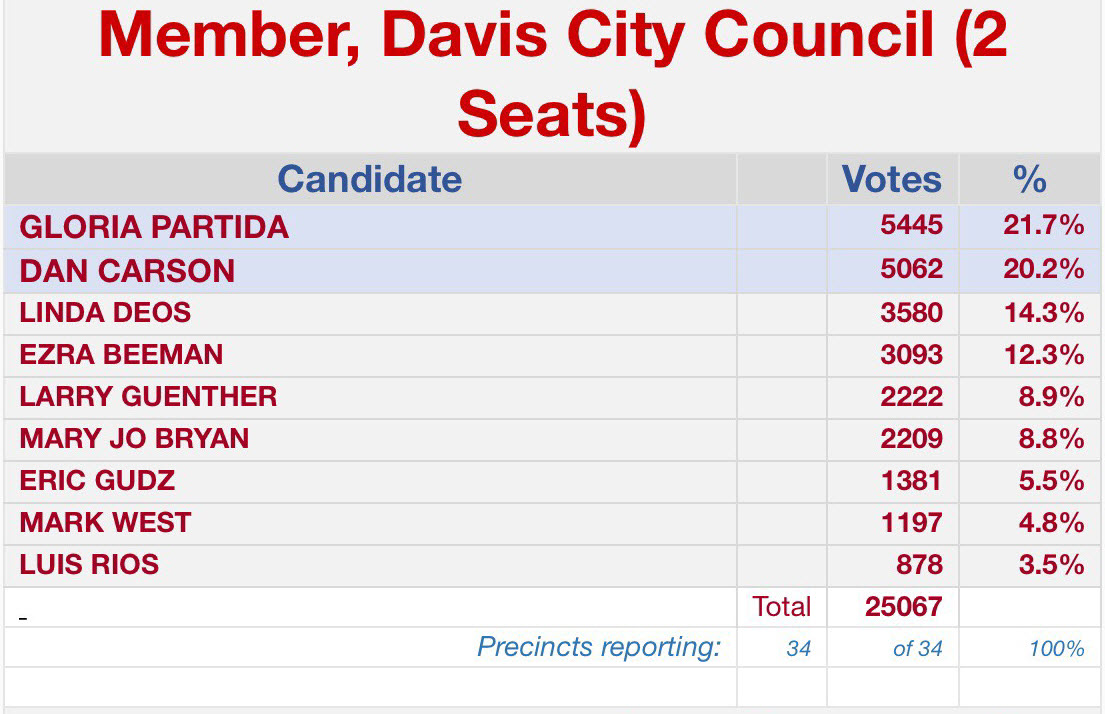 The top four results barely changed in terms of percentage.  Gloria Partida went from 21.5 to 21.7 percent.  Dan Carson and Linda Deos were unchanged.  Ezra Beeman slipped slightly, from 12.4 to 12.3 percent.

More importantly, in terms of raw vote counts, Gloria Partida’s lead over Dan Carson has grown from 241 to 383.  That is a continuation of her Election Day trend where she went from second to first.  The gap between 2nd and 3rd has expanded, with Dan Carson’s lead over 3rd place Linda Deos going from 1087 to 1482.

The only change in order occurred with Larry Guenther going from 8 votes behind Mary Jo Bryan to 13 votes ahead.

In the most watched late race, there is a mixed result.  Jeff Reisig has increased his lead to 2500 votes over the 2000 vote lead after Election Day.  His vote share however has continued to drop.  It is now a 53.6 to 46.4 percent margin for the three-term incumbent.

Given that there are still 9000 votes out, and it is unknown where the votes are located, it is too soon to officially call the district attorney’s race.

Across the county, here is what we have.  Garth Lewis ran unopposed for County Superintendent of Schools and won.  Don Saylor was unopposed in his reelection bid.  If he retires at the end of this term, he might be the only supervisor in history to have never faced a contested election.

In the 3rd District Gary Sandy handily defeated Meg Stallard, most likely.  He leads 62 to 38 percent with a 1700 vote margin.

Jesse Salinas has overwhelmed his challenger David Schwenger 70 to 30 percent.  Tom Lopez has an even wider 72-28 margin and 15,000 vote lead that would appear mathematically insurmountable.

Measure K, which is a County Marijuana Tax, has a 79 to 20 lead.  In Davis, the parks tax (H) appears to have passed with 73 percent of the vote.  In the meantime, the vote share continues to climb, but even at 57.2 the streets tax is well short of the two-thirds it needs to pass.

The count will go on, but the new release solidifies previous results.  There are a few results that could change at this point, but more and more the picture is clear.