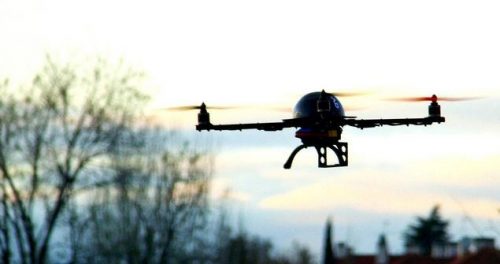 On Tuesday, the Assembly Committee on Privacy and Consumer Protection passed SB 1186 (Hill), advancing the legislation to the Assembly Appropriations Committee for consideration before going to the full Assembly. The bill would require public debate and that law enforcement obtain the permission of local elected leaders prior to acquiring new surveillance technology.

“SB 1186 ensures that the same privacy protocols and standards that currently apply to license plate readers and cell phone intercept devices apply to all other surveillance technology, including those developed in the future,” Senator Jerry Hill, the bill’s author stated in an earlier release.

Under SB 1186, surveillance technologies will be subject to public disclosure and each technology must be governed by a privacy policy.

In addition, no less than every two years, law enforcement agencies would be required to file a Surveillance Use Report to provide an overview of how the surveillance technology has been used.

Also, SB 1186 provides an exigent circumstances provision to law enforcement, which would allow them to borrow or obtain surveillance devices they do not have in the case of a true emergency.

SB 1186 defines surveillance technology as any device that is intended to monitor and collect audio, visual, locational, or other information on any individual or group. This covers a broad array of current devices as well as future technologies.

Police must seek approval of their Surveillance Use Policy and subsequent amendments from their city council. Sheriffs’ departments and district attorneys would not be required to do so, but the bill does not preclude county boards of supervisors from exercising their existing budgetary, or other applicable, authority.

Local jurisdictions could adopt provisions that go further than the standards established by the bill. Non-compliance would be enforced through court-ordered injunctive relief and every law enforcement agency would be required to have a process to discipline employees who misuse surveillance devices.

Matt Cagle, a Technology and Civil Liberties Attorney with the ACLU of Northern California, called the vote a huge step forward.

“With today’s vote, California legislators have again made clear that they get the message: public safety in the digital age must include local community oversight of decisions about surveillance technology,” Mr. Cage stated.

He added, “SB 1186 arrives as Californians of all backgrounds express concern about the federal government’s exploitation of powerful technology. Earlier this year, California communities like Oakland and Davis adopted ordinances requiring community oversight of how surveillance technology is deployed and used.

“At the same time, Culver City and San Pablo rejected license plate surveillance systems that ICE has sought to exploit. And just this week, over 600 employees from Salesforce, one of the largest employers in the Bay Area, expressed public concerns about federal immigration authorities’ abuse of their technology, joining their counterparts at Amazon and Google in ringing the alarm.”

Mr. Cage: “SB 1186 ensures all California communities have a voice and a seat at the table when local law enforcement seeks to procure surveillance technologies including drones, license plate readers, and social media monitoring software.

“As the Trump Administration tries to power its abusive deportation machine with every available resource – including local law enforcement surveillance databases – SB 1186 gives Californians an important tool to fight back.”

“SB 1186 ensures that jurisdictions using surveillance technology have rules in place about their use and that those rules are made in public and posted publicly,” said Senator Hill. “It’s important to strike a balance between the needs of law enforcement in crime-fighting and the public’s right-to-know and rights to privacy. That’s what this bill strives to achieve.”

Share:
Tags:ACLULaw EnforcementPoliceSurveillanceSurveillance technology
Previous : Analysis: How a Deal between the Soda Industry and the Legislature Could Impact Our Schools Parcel Tax
Next : SCOTUS Upholds the Travel Ban on a 5-4 Vote, but Not Without a Fight