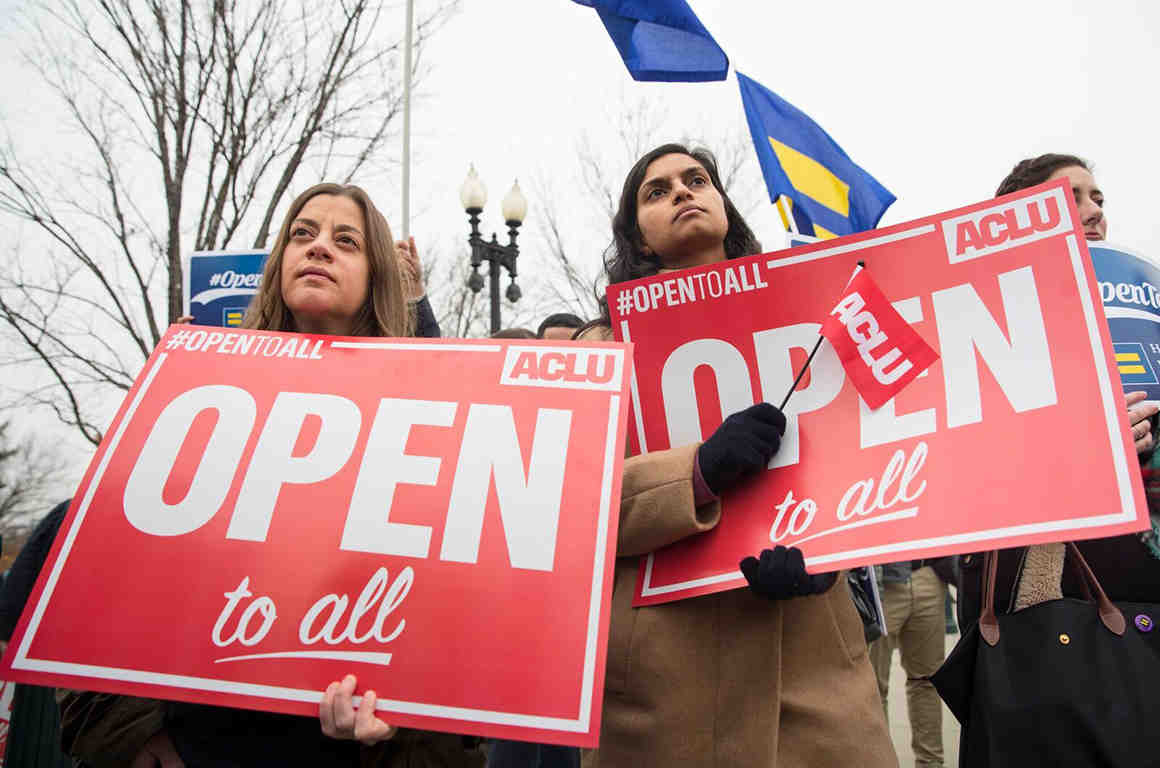 In the Masterpiece Cakeshop case, the Supreme Court on Monday ruled for a bakery that had refused to sell a wedding cake to a same-sex couple. It did so on grounds that are specific to this particular case and will have little to no applicability to future cases. The opinion is full of reaffirmations of our country’s longstanding rule that states can bar businesses that are open to the public from turning customers away because of who they are.

The case involves Dave Mullins and Charlie Craig, a same-sex couple who went to the Masterpiece Cakeshop in Denver in search of a cake for their wedding reception. When the bakery refused to sell Dave and Charlie a wedding cake because they’re gay, the couple sued under Colorado’s longstanding nondiscrimination law. The bakery claimed that the Constitution’s protections of free speech and freedom of religion gave it the right to discriminate and to override the state’s civil rights law. The Colorado Civil Rights Commission ruled against the bakery, and a state appeals court upheld its decision.

In reversing the lower court’s ruling, the Supreme Court focused on how this particular case was handled by the commission, which decides cases under Colorado’s nondiscrimination law. The court raised concerns about comments from some of the Colorado commissioners that they believed revealed anti-religion bias. Because of that bias, the court held that the bakery wasn’t treated fairly when the commission decided the discrimination claim.

they are. Instead, the court’s decision affirms again and again that our nation’s laws against discrimination are essential to maintaining America’s open society and that states can pass and enforce those laws, including in the context of LGBT people.

First, the court reaffirmed that lesbian, gay, and bisexual people are entitled to equal dignity. The ruling makes clear that it “is unexceptional that Colorado law can protect gay persons, just as it can protect other classes of individuals, in acquiring whatever products and services they choose on the same terms and conditions as are offered to other members of the public.” The decision continues:

“Our society has come to the recognition that gay persons and gay couples cannot be treated as social outcasts or as inferior in dignity and worth. For that reason the laws and the Constitution can, and in some instances must, protect them in the exercise of their civil rights. The exercise of their freedom on terms equal to others must be given great weight and respect by the courts.”

The court also reaffirmed its longstanding rule that states can prevent the harms of discrimination. It noted that while the “religious and philosophical objections” of business owners:

“are protected, it is a general rule that such objections do not allow business owners and other actors in the economy and in society to deny protected persons equal access to goods and services under a neutral and generally applicable public accommodations law.”

The court further recognized the danger of free speech and freedom of religion claims that the bakery advanced in this case, stating that:

“any decision in favor of the baker would have to be sufficiently constrained, lest all purveyors of goods and services who object to gay marriages for moral and religious reasons in effect be allowed to put up signs say­ing ‘no goods or services will be sold if they will be used for gay marriages,’ something that would impose a serious stigma on gay persons.”

The decision also recognizes that adopting a rule — as advocated by the bakery — that would allow businesses to turn gay people away carries a significant risk of harm. It outlines its own fear that “a long list of persons who provide goods and services for marriages and weddings might refuse to do so for gay persons.” This would result, the decision continues, “in a community-wide stigma in­consistent with the history and dynamics of civil rights laws that ensure equal access to goods, services, and public accommodations.”

Significantly, the court cited an earlier case, Newman v. Piggie Park Enterprises, Inc., where it rejected precisely the kind of claims that the bakery made here. Piggie Park was a chain of barbeque restaurants in Columbia, South Carolina, that claimed its religion required it to refuse to serve Black customers alongside white ones and that applying the 1964 Civil Rights Act would violate its religious freedom. The courts rejected that argument, with the Supreme Court calling it “frivolous.”

The court on Monday ruled for the bakery because it “was entitled to the neutral and respectful consideration of [its] claims in all the circumstances of the case,” and the justices in the majority believed the bakery didn’t receive that basic fairness. The court said that “these disputes must be resolved with tolerance, without undue disrespect to sincere religious beliefs, and without subjecting gay persons to indignities when they seek goods and services in an open market.”

All of us deserve a dispassionate evaluation of our claims, either when we face discrimination or are accused of it. Those are principles we can all agree on.

Monday’s decision gives a very narrow victory to the bakery. But the court has clearly signaled that the broader rule the bakery was seeking here — a constitutional right to discriminate and turn customers away because of who they are — is not in keeping with American constitutional tradition.

There are many other cases in the pipeline that may soon give the court the opportunities to sort through the legal issues at the center of the Masterpiece Cakeshop case. One is Ingersoll v. Arlene’s Flowers, in which a florist shop refused to sell flowers to a gay couple for their wedding. The Washington state Supreme Court ruled unanimously that the shop had no constitutional right to turn the couple away, and a petition for review by the U.S. Supreme Court remains pending.

In the meantime, Congress should pass the Equality Act, which would update our civil rights laws to provide all people with full protection from discrimination. At the ACLU, we will continue working to ensure that the Supreme Court strikes the right balance between equality and the freedoms of speech and religion. In the Masterpiece Cakeshop decision, the court reaffirmed that the latter should not be used to undermine the former.

Share:
Tags:ACLUCivil RightsLGBT RightsMasterpiece CakeshopSupreme Court
Previous : An Examination of the Affordability of the Nishi Project/Measure J: Expensive and Overcrowded
Next : Letter: Johansson, A Better Choice for DA

58 thoughts on “Masterpiece Supreme Court Decision: The Bakery Wins the Battle but Loses the War”