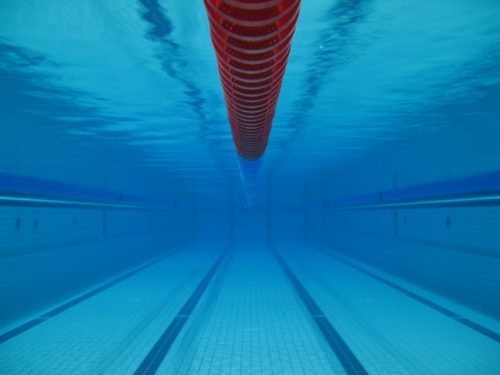 This spring I unwittingly took a tour of other communities as my daughter seemed to alternate between gymnastics competitions and soccer tournaments.  What I learned isn’t that reassuring – Davis is a community that prides itself on a high quality of life, and yet when it comes to athletics facilities, it lags behind many other communities in this region.

For instance, while Davis Diamonds a few years ago was able to find a reasonable practice facility, it is not suited at all for hosting competitions.  We have soccer tournaments occasionally, but watching the girls play on rough grass and uneven ground pales in comparison to the communities with state-of-the-art fields, well-groomed grass and even artificial surface that plays far faster.

A few weeks ago during the council campaign, I was speaking to candidate Mark West and he made a point which I think was spot on, but unfortunately did not get a lot of attention at the time – athletics competitions are a way for a community to attract people.  For each soccer tournament, we ended up purchasing at least one night at a hotel, eating out at multiple restaurants – multiply that out for the athletes, their parents and family and then dozens if not hundreds of teams and you start to see real possibilities for bringing in sales tax revenues at restaurants and TOT (transient occupancy tax) taxes at hotels.

The city brought in an additional nearly half million last year in TOT, and that’s just from a slight bump in the TOT and no new hotels.  Once those hotels get built, finding a way to fill them will be a revenue-generating exercise.

And yet, as a community we refuse to start thinking along those lines.  Mark West argued that we need to start looking at athletics facilities not as costs but investments.

However, when these proposals get made, people start turning up their noses.  I got an email two days ago complaining that DJUSD was looking to spend over $7.5 million on a new pool for just 75

students.  It turns out that number to start with is over 200 students when you count the swim team (120 students alone), plus water polo and diving.

I listened last month to the horror stories from coaches and parents and student athletes about trying to get practice facilities, lacking proper space to even warm up adequately and the hours for which students have to practice because of lack of facilities.

The students felt like second rate competitors because they could not compete on campus and, despite a highly successful aquatics program, the athletes had no real way to compete and host tournaments at home.

You start with 200 student athletes, but really freeing up other pools and having additional community pool space is a benefit across the district and the community.

Having a nice facility could be a revenue generator, not only for the district but for the community as a whole.  A large competition could attract swimmers and their families from across the region who sleep in our hotels – presuming we have some – and eat in our restaurants.

It seems like a win-win, and all at the cost of a small portion of the facilities master plan which figures to generate $450 million overall including $150 million from a facilities bond this fall – if passed by the voters.

But, between emails received this week, a letter received and published last week, and some letters to the editor, the idea of funding pools is getting pushback.

As one writer put it: “Is it responsible to build a swimming pool in your backyard if you can’t afford to fix your home’s leaky roof? Most homeowners would probably say, no.  Yet, with $443 million dollars in facility improvement needs, Davis School Board Trustees made the decision to spend $8 million on a swimming pool, leaving other critical repair projects undone.  Students at the Valley Oak campus were sent home during the school day last week because of a break in an old water line.”

But, while the letter writer makes a good point, the broader point isn’t about pools versus other needs.  To me the bigger problem is that overall we have aging school infrastructure across the district.  The facilities master plan would update 50-year-old single-story buildings built in the 1960s or earlier.

We want a great school district, but right now we don’t have the resources to have modern buildings.  A lot has changed in the last 50 to 60 years and we should have school facilities that reflect it.

I see this issue as a microcosm for our community.  We love our Davis.  We want to preserve our Davis.  And yet we have a community that is quite literally falling apart and we are not willing to fund it.

The latest example is the roads.  As I have been warning for years, the roads in Davis are in bad shape – drive down the street and look down, you will see cracks and seams and pothole formation.  The more that we fail to put money into roads now, the more they will cost down the line.  It is pennywise and pound foolish to argue that we need to get our fiscal house in order before we can approve taxes to fund basic infrastructure.

Our great community is no longer so great.  Oh sure, we have bike paths, parks and greenbelts.  But, increasingly, we cannot afford to maintain them.  We lack the tax revenue to keep up with other communities.

Something has to change here.  We cannot maintain this community with the resources that we currently have.  Yesterday one of our readers wrote: “The question that each Davis citizen would need to answer in such a community dialogue would be, ‘Will Davis still be Davis if we cut the budget by 15%?’”

But to me the more critical question is whether we can continue to be Davis unless we change our outlook here, stop nickel-and-diming our infrastructure and facilities and start investing in our future.  Already, there are a lot of communities that have far better facilities than we do.

Davis built its greatness on the 1972 General Plan which looked forward to create a network of parks, bike paths, and greenbelts.  But our lack of continued vision and a general failure to invest could lead to our downfall.

As we head into a new council the question before us is whether we will allow this decline in quality of life to continue or whether we will start investing in our future.

Share:
Tags:Athletics FieldEconomic DevelopmentInfrastructureRoadsSports ComplexSwimming Pools
Previous : Monday Morning Thoughts: The Biggest Challenges for the Next Council
Next : How Police Can Stop Being Weaponized by Bias-Motivated 911 Calls