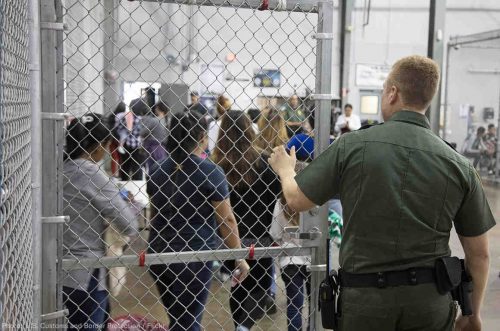 Let’s say you came to this country as a 3-year-old with your parents and overstayed your visa. You felt American. You graduated from high school and college, and you fell in love with a U.S. citizen and got married. But upon applying for legal status, through your spouse, you got stopped by immigration authorities, arrested, and told you’d be deported.

In the past, a mechanism called “administrative closure” could have helped. Until about a month ago, it would have allowed an immigration judge in one arm of this country’s sprawling immigration apparatus to pause the deportation process in order to allow another arm of the government to process the petition for legal permanent residency. This crucial tool has for decades helped judges to ensure fairness and efficiency in deportation cases, allowing them to temporarily take certain cases off the docket.

But now Attorney General Jeff Sessions is restricting this critical power. On May 17, he issued a decision that severely limits administrative closure. Now, instead of having the discretion to close cases whenever it makes sense in light of relevant circumstances, judges are restricted to granting administrative closure only in narrow situations that largely apply to a small and dwindling universe of immigrants from select countries — a small fraction of the total number of cases currently administratively closed.

Advocates, lawyers, and many immigration judges agree that curtailing administrative closure will have an enormously negative impact on immigrants in removal proceedings — something Sessions knew well when he chose unilaterally to end the practice in nearly all cases.

Sessions’ ban on administrative closure means that husbands and wives of U.S. citizens awaiting permanent residency could be ripped away from their spouses before they can complete the process. It could mean people not mentally competent to participate in their deportation proceedings could be forced to move forward anyway. And unaccompanied children seeking special protective status could

be sent back to dangerous situations before their backlogged visas are available.

The attorney general’s decision to wipe out administrative closure will also contribute to the already massive backlog of more than 700,000 immigration cases, further squeezing the courts and undercutting immigrants’ opportunities to fairly present their claims. Immigration courts are already overburdened and lack important procedural protections. But they have to make critical, sometimes life-or-death decisions about whether immigrants — many of them asylum seekers fleeing persecution or Dreamers with deep roots in their communities — will be admitted or exiled.  As Immigration Judge Dana Leigh Marks has put it, immigration courts are already “doing death-penalty cases in a traffic-court setting.” But with this administration’s policy changes, even that traffic court is turning into a kangaroo court. Mistakes and due process violations will inevitably result. It’s not hard to see how people who legally qualify to remain in the U.S. could be deported.

This is just one of many changes Sessions is imposing to make immigration procedures less fair. He is planning to weigh in on an immigration case that could make it much harder to get a “continuance” — another important tool in immigration judges’ toolkit that allows immigrants more time to get a lawyer, prepare their case, or await the outcome of an immigration application. And earlier this year, Sessions’ Department of Justice announced that it would be putting in place ambitious case completion goals on immigration courts and imposing quotas on individual immigration judges, both of which increase the pressure on judges to push cases through quickly and limit delays of any kind.

We’ve partnered with the American Immigration Council to put out a practice advisory that helps immigrants and their lawyers navigate this latest attempt by the administration to further undermine basic fairness in the removal system. As we explain, although Sessions is ruling out administrative closure in most cases, immigration judges continue to have valuable tools that they can and should use to bring some reason and fairness to the deportation system. And whether the attorney general likes it or not, our Constitution guarantees the right to due process — including when it comes to deportation.

Share:
Tags:ACLUDeportationDOJICEImmigrationJeff Session
Previous : Commentary: Why is the Board Giving the Upper Administration Another Pay Increase?
Next : I’m Sorry, 2,342 Times