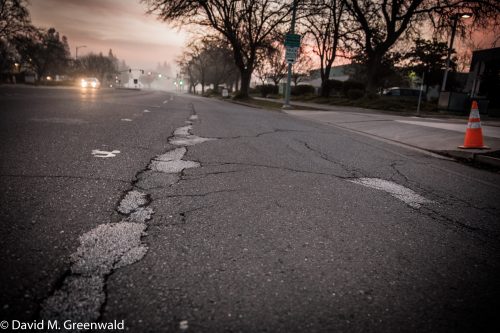 Mr. Rifkin writes: “Either we have good public services or we have exorbitantly paid public employees. We cannot have both.  Davis has never been taxed more than it is now. And our services have never been worse in my lifetime.”

Part of the equation that Mr. Rifkin is not considering, however, is that while it is true we are paying more per employee in compensation than at the start of the Great Recession, the employees are getting less in pay and benefits.  Thus it is not that the employees are getting rich, rather the cost of providing the same – or in some cases lower levels of benefits such as pensions and health care – has gone way up over the last decade.

Mr. Rifkin, to his credit, has been calling attention for most of the last decade to the need to cap total compensation.  The council in the latest MOUs paid attention to that.

Writes Mr. Rifkin: “That sounds good. His quote is almost word for word what I told Robb our city needed done when he asked me for my advice four years ago. I’ve given the same counsel to many others on the council over the years as well. They know that I know what I am talking about.”

Mayor Davis added: “And we’ve made progress that if PERS, in fact, does … outstrip the (budget forecast) model, which is conservative, then our employees will contribute not just one time but in an ongoing way to the pension costs.

about base salary but about total compensation.”

Mr. Rifkin, however, believes that while total compensation is “capped” or “almost capped,” the “cap is too high.”

He argues: “Labor cost growth will outstrip added city revenues over the period of the deal. In other words, city services — from broken roads to understaffed police to unmaintained parks and greenbelts to leaky windows in city buildings — will get worse over the course of these contracts.”

From Mr. Rifkin’s point of view: “Over many years, the city’s income has increased by about 2.5 percent per year on a sustained basis, including expansions and recessions. So for a contract to be sustainable, without raising tax rates or cutting services even more, the hourly total compensation costs per employee cannot increase more than 2.5 percent per year.”

Mr. Rifkin finds, “Based on my calculations, the increases in total compensation built into these deals is at least 4.71 percent per year. That inflation in expenditures is nearly twice as big as the increases in revenues will likely be.”

Mr. Rifkin goes through the calculation and concludes: “Total compensation thus goes from $200,693 now to $229,025 in three years. To sustain our current level of services, the annual total in three years should be no more than $216,124.”

He adds: “Beyond not restraining the growth in total compensation at a sustainable level, these contracts have no serious reforms. For example, veteran employees continue to get paid for an undue amount of time off.”

He closes writing: “Maybe some day we will elect members of the city council who care more about providing services than they do enriching city employees. Until that day comes, Davis will have crumbling infrastructure, too few police officers to patrol our city and trees that are not maintained.”

I would be interested to see what the city response is to Mr. Rifkin’s calculations.

More generally, I agree with one of his bottom lines: city services will deteriorate more.  In fact, one of my biggest concerns is that quality life is going to take a huge hit over the next 10 to 20 years unless we do something to reverse the trend – and we cannot do that, in my view, through taxation.

How much is a key question.  Here’s what I see without getting into whether or not Mr. Rifkin’s numbers are correct.

We just turned down the roads tax.  That means about $3 million less per year just in road repairs.  I figure that we will also likely lose the $1.5 million we were to get for SB1 money when the voters rescind the gas tax – as I expect them to do.  That comes to about $4.5 million in roads funding that we will probably not make up until at least 2022.

That comes to about $18 million less over the next four years and when you factor in about an 8 percent inflation rate for asphalt and the cost increases as road conditions deteriorate, that $18 million could easily mean we have to pay an extra $30 to $50 million, even if we approve a new tax in 2022.

Why 2022?  Well, the next cycle would be 2020, but we already have to renew our sales tax which generates $9 million for our general fund – about 15 percent of our general fund money comes from that.  The city cannot afford to risk it by passing another tax concurrently, therefore the next window for a 50 percent tax is June 2022.

One of the reasons I have been pushing for economic development so hard is that Mr. Rifkin is right – we are paying more in taxes than ever before and receiving fewer services for it.  We can either increase those taxes even more or we can grow our revenue over the longer term through economic development.

I am not opposed to holding the line even more on employee compensation, but part of the problem is that, while we are paying more for employees than ever before, they are actually getting less in real benefit from that cost.

That means we are actually all taking a hit here, as employees have seen their real dollar take home decline over a decade.  The city is paying more to provide that, and the taxpayers are receiving less in the way of services.

Cost containment is still a must, but so is revenue generation – something that Mr. Rifkin never addressed.

Share:
Tags:Employee CompensationMOUsPensionsRoadsRobb DavisTaxesTotal Compensation
Previous : MS-13 Beat Me Up, Threatened to Kill Me, Then the Government Took Away My Kids
Next : Analysis: Parcel Tax Would Fund Not Only Teacher Compensation, but Also Police and Fire

12 thoughts on “Analysis: We Should Expect City Services to Deteriorate More”