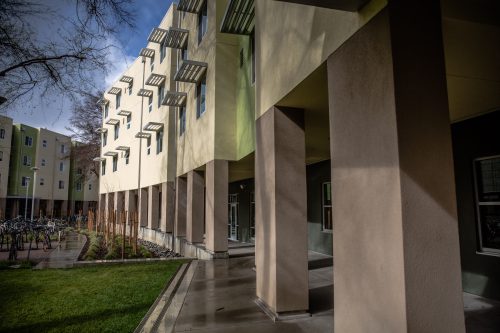 Lost in the debate, over things like the definition of homelessness, is a simple fact – we don’t have enough housing to serve the existing student population.  And that problem is only going to get worse as the Long Range Development Plan) LRDP projects another 5000 students over the course of the next decade.

To accommodate existing shortfalls, UC Davis plans to add 9050 beds for students to live in on campus.  In addition, Davis, if it approves Davis Live housing, will have approved up to 4500 beds in town.  There might be additional student housing at University Mall and Plaza 2555.

But there are two problems.  First, as Don Gibson identified in his guest piece this week, “if UC Davis builds everything it says it will, and if all projects that have been passed and are currently in the queue for debate and decision get built, we will still have a shortage of at least 1,200 beds by the 2022-2023 school year.”

As I have argued before, the best thing we can do is make sure that all of this housing gets built.  Even if we end up with a shortfall, it will be a far smaller one than we have presently.

It does not tell us how much demand there is for those rooms, what the waitlist looks like to rent one, and how many people simply make other plans because we fall well short of the housing we

One indication of how bad the crisis is – the point that Don Gibson makes regarding mini-dorms.  From the survey, they estimate there are currently 465 mini-dorms, defined as 1.5 renters per bedroom in a detached house.  Those 465 mini-dorms serve an estimated 2200 – which frankly seems like a low number.

He argues that mini-dorms are a reflection of pent-up demand.  But impacts like mini-dorms, people who are crashing on couches, sleeping in their cars or living in the library or reading rooms – do not show up in the vacancy rate reports.

The best thing we can do at this point is make sure that the housing promised gets built.  That is probably the best concern that the city has in their response to the LRDP.  UC Davis has laid out plans to add about 5200 beds in the coming few years.

But we can illustrate the problem with simple math.

That number adds up to 7200.  So where are the additional 1850 students going?  Also, the immediate plan is for 5200 students, leaving it unclear as to where and when the other 3850 would be housed.

But the university is the not the only variable here.  The other critical variable is the student housing in town.  This has been largely ignored.

The city council has approved housing for Sterling Apartments and Lincoln40.  It put Nishi on the ballot which was then ratified by a 60-40 plus margin by the voters.

But guess what – there are 3000 units which could be built and come on line in 2020 but are being held up by litigation.  That is a big problem because it means that the university will continue to add students and we are really not expecting a lot of housing to come on line prior to 2022.

Of the projects, Sterling is expected to break ground in August and be ready – they hope – for the 2020-21 school year.  But Lincoln40 and Nishi, now, are not going to come on line that soon.  If the litigation goes to court like it did before for Nishi, we can probably expect an 18-month delay.  If the defendants win, the litigants could appeal and tie the project up in court perhaps another year.

That would mean, at the earliest we are looking at 2020 or 2021 for a resolution of the litigation and therefore perhaps a 2022 or 2023 opening.  That’s five years before 3000 beds come on line.  We have students sleeping in cars and in libraries and people are suing these projects due to supposed CEQA violations, apparently not caring about the impacts that their litigation is going to have on students who will not have the opportunity for places to live.

In her comments to me in March, Susan Rainier argued that Nishi “is not fit for human occupation.”

She stated, “It would be a fabulous place for (a) sun-tracking photovoltaic array that would be in the Community Choice Aggregate portfolio.  Being bound on all sides by freeway and railroad would prevent theft and hook up to PGE high power (which) is right there.”

She asked, “Would you live there? Would you want your children living there?”

Well, the voters were presented the facts and voted overwhelming to allow people to live there.  Students will have the choice as to whether or not to live on the site.

But apparently Susan Rainier knows better than the 10,000 plus voters who voted to approve it, better than the five council members who voted to place it on the ballot, and better than the 2200 students who could move into housing rather than being stuffed into mini-dorms, commuting from outside of the city and contributing to the VMT (vehicle miles traveled) and GHG (greenhouse gas) gas emissions, or living in their cars or sleeping in the library.

Susan Rainier is behind both the suit against Nishi and the one against Lincoln40.  Colin Walsh is listed as a litigant on the complaint against Nishi.  And both suits are represented by Patrick Soluri, Attorney with the Soluri Meserve Law Firm located in Sacramento.

The quickest way to add housing right now is for Ms. Rainier to drop her litigation and allow the will of the voters to be fully realized.

3 thoughts on “Commentary: We Have the Housing We Need Largely in Place, but We Need to Eliminate the Barriers”