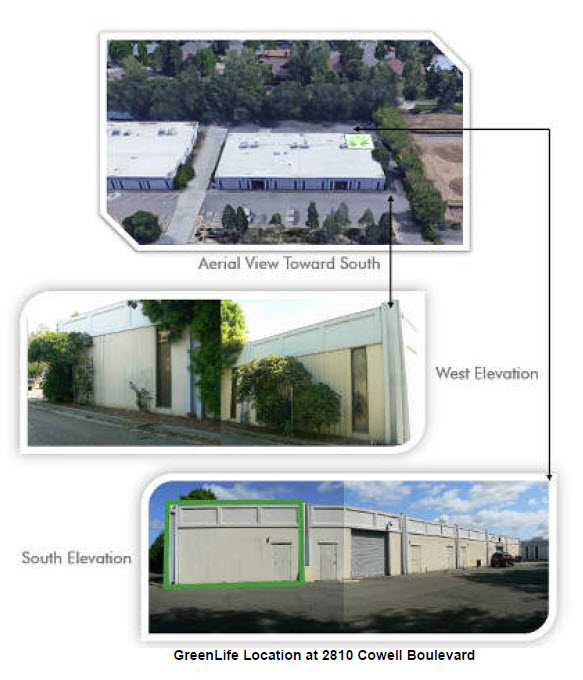 A few weeks ago, the city council approved five commercial cannabis dispensaries that would open in the city of Davis.  But that is not the extent of the new cannabis-related business that would be permitted under the existing ordinance.

On September 12, 2017, the City Council adopted Ordinance 2514 to allow cannabis retail businesses, including cannabis dispensaries and mobile delivery services, to operate in the city subject to approval of a Conditional Use Permit.

Last week the Planning Commission listened to staff and applicant presentations for GreenLife Davis which would occupy about 650 square feet in a building that is presently occupied by The Printer as well.

The conditions of approval are interesting.  The Planning Commission found the project to be categorically exempt from environmental review.

Unlike the physical dispensaries that were approved earlier, this would be delivery only.  That means that the business will not have a storefront.  It will not be open to the public.  It will not have logos or indicia.  No one will know that there is a cannabis dispensary at this location.

There would be no proposed changes to the exterior of the building.  Orders, staff writes, would be placed by phone, web, or mobile application and delivered directly to the customer off site.  The proposed hours of operation are Sunday-Saturday 9:00am to 9:00pm.

The employees would include two general managers, one security director, three call service specialists, one community benefits and marketing manager, and three delivery drivers, with five employees per shift.

Staff anticipated the number of customer orders filled per day to be 50-80 during the week and 70-90 on Friday and Saturday.  Because there will be no drive up customers, the number of vehicle trips from the site would be 34-46 per day. Each driver would handle multiple deliveries per trip, making up to 5 deliveries per hour.

The applicant last week explained that there would be no packaging or handling of the product on site either.  They would receive their product from a professional distributor and then deliver the product, unopened, to customers.

A commissioner expressed concern regarding the proximity of a “tot lot” in the greenbelt located approximately 75 feet south of the subject site, citing the City’s ordinance requiring a 600-foot

buffer from parks and schools. Staff responded that while the project is located in close proximity to a greenbelt tot lot, the City’s ordinance explicitly excludes greenbelts.

Therefore, as staff points out: “Customers would not be drawn to the site or loiter in the greenbelt as a result of the proposed use.”

Staff notes that the Police Department has no objection to the use of the proposed location.  They view the site as located away from downtown and other areas with concentrations of pedestrians, bikes and vehicles.  The security for the facility is easy to achieve.  There is easy access to Cowell, allowing quick deliveries in the South Davis area.

The site provides easy freeway access for deliveries in Davis and other cities in Yolo County.

The near neighbors are The Printer, Davis Diamonds, and UC Davis Bookstore.  The Printer is leasing space to GreenLife Davis and has no concerns regarding the use.

The commission voted 6-0 to recommend to the council that they find the project categorically exempt from environmental review.  Staff is also recommending approval.