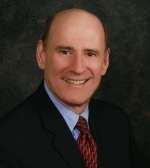 (From Press Release) – Longtime Davis resident Bill Owens announced today that he will not seek a third term on the Yolo County Board of Education.

“It has been an honor to serve as trustee these past eight years, and to have played a part in the important work of the Yolo County Office of Education,” Owens said. “There’s always more work ahead, of course. I leave that with best wishes to new leadership, perhaps from the next generation of leaders.”

Prior to his County Board of Education service, Bill was a member of the Explorit Science Center Board of Trustees for sixteen years, serving six years as President. He also advised the California Department of Education concerning environmental and energy issues in school facilities planning and development for twelve years; and has been a research fellow and instructor at Virginia Tech and

UC Davis, with a focus on
policy, law, partnering and dispute resolution concerning the environment, energy and infrastructure.

Owens has represented Trustee Area 2, which is comprised of portions of central, north and west Davis, a portion of the unincorporated area of Yolo County west of Davis, and the City of Winters. The area boundaries are the same as Supervisorial District 2, represented by Don Saylor. A map of the five trustee areas is available on the Yolo County Office of Education website (ycoe.org). Questions regarding in which trustee area a voter or potential candidate resides can be answered by the Yolo County Elections Office (yoloelections.org or 530-666-8133).

The filing period for candidates seeking to fill local offices up for election in November will run from July 16 to August 10. When an incumbent does not file by the August 10 deadline, the filing period will be extended five calendar days to August 15.