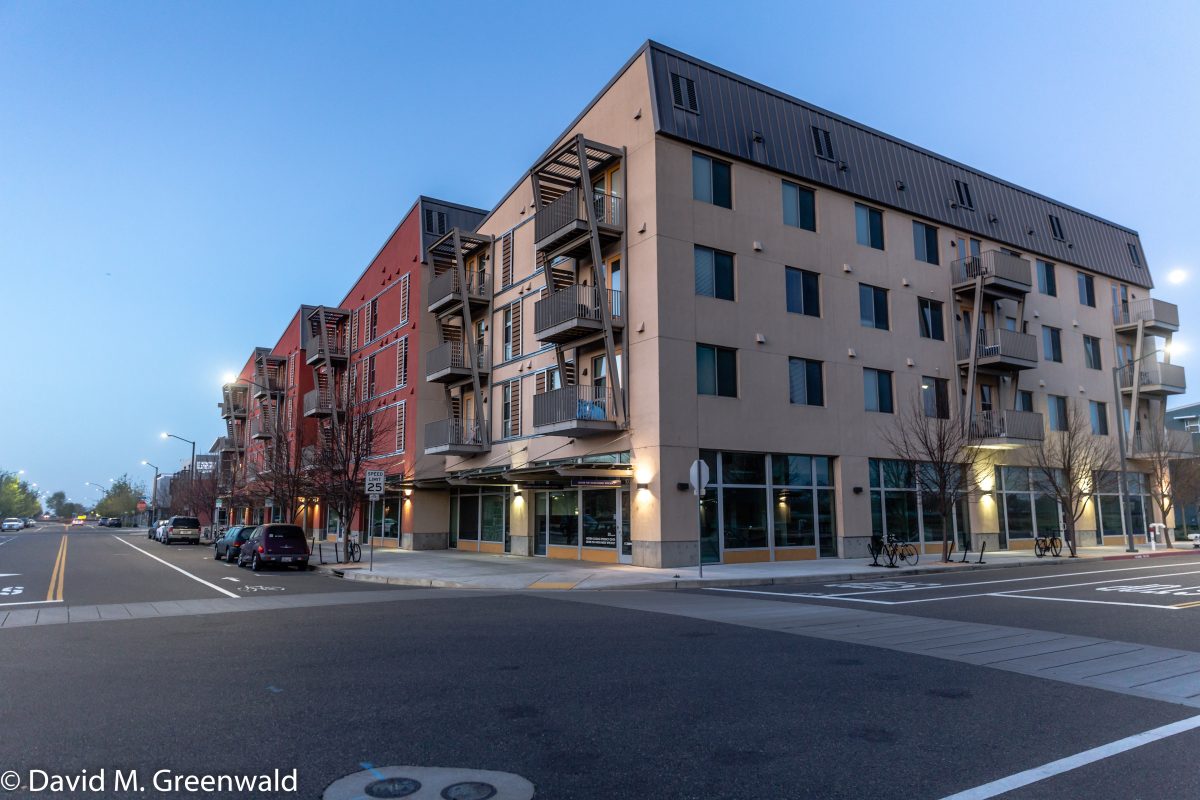 For the most part I would argue that, as long as both UC Davis and the city of Davis actually build the housing that has been planned for and approved, we will have enough housing to accommodate the projected growth over the next decade at UC Davis, alleviating existing shortfalls.

As we pointed out two weeks ago, the student housing crisis is not over just yet.  We are hoping to get data in the next week about just how bad it is.  But in the meantime, timing of getting the housing online is going to make things more hairy than they need to be, even into 2020 and beyond.

That is because, while Nishi and Lincoln40 have been approved to add 3000 beds, both projects are being held up by litigation.

UC Davis currently plans to have 5200 beds online in time for the 2020-21 school year.  That includes the expansion of Webster, Emerson, West Village and Orchard Park.  But 2020 may well be too ambitious and, at the rate of construction, 2021 or even 2022 seems more reasonable.  In their March announcement, they said 5200 student beds over six years, which takes us to 2024.

Critics have pointed out that UC Davis has missed the mark on Long Range Development Plan (LRDP) projects in previous iterations, and that has to be at least some concern now as well.  The housing seems to be on track for the first wave, but the remaining 3800, as we have pointed out previously, is a lot less certain.

UC Davis’ plan takes them from providing on-campus housing to about 28 percent of the total enrollment, to 48 percent in about a decade.  If they carry that as planned, it will be remarkable progress.

I would argue that both the city and university have stepped up in the last three years to resolve a housing crisis that had gotten remarkably worse in recent years.

There has been a lot of debate over what is UC Davis’ responsibility in terms of housing versus what is the city of Davis’ responsibility.  Those who hoped that UC Davis would provide 50 percent of housing on campus might be somewhat disappointed that the plan stops at 48 percent.  I think we should see this in more positive terms, as UC Davis is greatly upping their commitment to on-campus housing.

If we round off the numbers, it means that UC Davis will be adding around 9000 beds on campus, while the city adds 4500 beds off campus.  That means that two-thirds of the new housing will be provided by UC Davis.  Again, that appears to be a reasonable percentage.  Again, if they get built.

There are those who will argue that UC Davis can and should do more.  Perhaps so.  But I think a long-term goal of around 50 percent is reasonable, given the market in Davis, the cost of on-campus versus off-campus housing, and the professed desire of many students to have options to live on campus their second year – but also their desire to be part of the community and live off campus in their later years.

Everything is a balance, and a balanced approach works best for all sides.

Bottom line: for me at least, what both the city and university have done in the last three years in terms of housing numbers is reasonable and puts us on the right path to a more stable housing market.  Where we remained concerned is the timeline for each at this point.

The dual-housing approach should help in other areas as well.

First of all, it should start to alleviate traffic impacts.  One of the problems we see is that Richards Boulevard, in particular, becomes jammed with cars during peak hours.  Many of those cars are coming directly from I-80, they go through the tunnel and enter campus either from the east or the north.

The vast majority of planned housing will be within one mile of campus, if not on campus altogether.  That means, instead of driving mostly single-occupancy vehicles to commute to campus, students will be able to walk, bike, or take the bus.

Even for Sterling Apartments, which has been criticized as being too far from campus, surveys show the majority will bike or use the bus rather than drive to campus.

By placing 13,000 student beds near campus, we will not only address future housing needs created by enrollment increases, but we will put more students into alternative transportation situations, reducing the use of vehicles – which at UC Davis is relatively low to begin with, even with increases in out-of-town commutes due to lack of housing.

In recent years, a number of residents have focused criticism on the rising phenomena of student-oriented housing with a larger number of rooms and beds rather than unit rentals.  While we have seen approvals at Lincoln40, Sterling and voter approval at Nishi, each time such configurations have generated conversation and criticism of “mega-dorms.”

That is to the point where Plaza 2555 has shifted its focus to more of a mix of housing, where more than half of the units are three bedrooms or less, the rent is by the unit, and the configuration is more townhouse-oriented than apartment-oriented.

On the other hand, the Vanguard and others have pushed back that the building of these types of apartments has a number of advantages.  First, the bed rentals make for more efficiency and also protect students who are no longer responsible for the actions of their roommates.  Second, we have noted that, with the cost of rentals as well as the scarcity of student housing, most apartments are going to end up rented by students regardless of configuration.

Finally, we argue that by putting a large number of student-oriented rental housing near campus, we free up single family homes from the problems of mini-dorms, where large numbers of students cram into houses designed for families and a much lower occupancy.

There are always trade-offs and the city is going to need to figure out ways to address housing for UC employees, young workers, families and seniors.  But in terms of the most pressing crisis of housing, the LRDP and the city’s concurrent work on student housing should set us up with a good decade of housing needs for students being met.

Share:
Tags:Lincoln40LRDPNishiSterlingStudent HousingUC Davis
Previous : Sunday Commentary: System Incapable of Extricating Itself from a Potential Wrongful Conviction
Next : A Look at the Crime Data Report

7 thoughts on “Sunday Commentary: The LRDP Accomplishes Much of What It Needed to Accomplish”