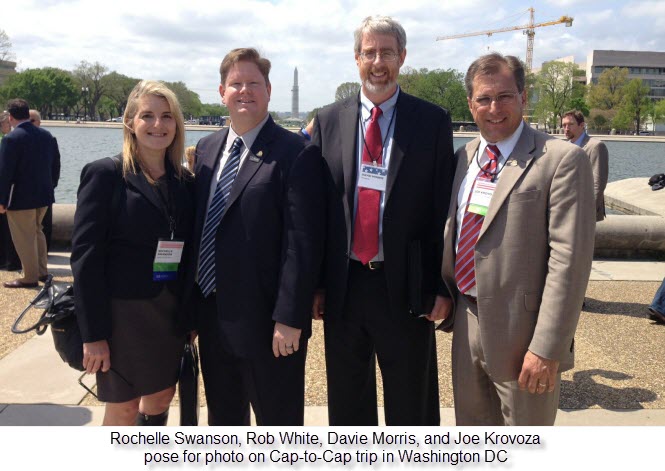 Tomorrow will be a new day in Davis as we say goodbye to Robb Davis and Rochelle Swanson, each of whom have been tremendous leaders in our community.  While each has advanced our community with their leadership, each will probably agree that many of the problems which existed when they were first elected remain to this day.

This was a letter to the editor: “We seem to be at a crossroads, where our town needs a lot more tax dollars. I’m not comfortable with this situation, and I wonder how and why we got here. We’re an affluent community, yet our roads and other infrastructure elements continue to crumble, with no end in sight. I therefore assume that’s why we’re seriously considering ‘innovation’ centers such as the Mace Ranch project.”

The remarkable thing about this letter is it was written in September 2015.  Other than the mention that we’re seriously considering innovations centers such as the Mace Ranch project, this is probably more appropriate today than it was nearly four years ago.

As Councilmember Rochelle Swanson leaves the council after eight years of service to this community, I worry where the leadership is going to come from to do the heavy lifting on economic development – that everyone seems to acknowledge we need.

Ms. Swanson should probably have mixed feelings as she leaves.  On the one hand, when she arrived on the scene, no one talked about economic development and the city did a lot of great things early

on, from Davis Roots to Studio 30 to the Innovation Park Task Force that put economic development on the map.

But, as she leaves, that progress has been uneven at best, and perhaps you could say stalled.

I hearken back to comments made in May 2014 as she returned from a trip to D.C., the Cap-to-Cap trip, and related to her colleagues about her conversation with Congressman John Garamendi.

In the letter (printed here), the Congressman said: “Davis and UC Davis are key to the successful Sacramento region, both intellectually and economically.  Our nation needs innovation, creativity and technology development from communities like yours to be leaders in agriculture and manufacturing research and to create companies and jobs.”

He added, “The information you shared with me about your innovation and economic development plans are impressive and highlight the regional leadership role that Davis must embody.”

Councilmember Swanson said, “The reason why I share this, and maybe there is a sense of frustration, is that we have been talking for a long time about what we’re going to do. The innovation task force has been talking for a number of years. We’ve talked about waiting for proposals… I do worry that this search for the perfect is going to kill the good.

“We have support like no other,” she continued. “I was not an hour there at a reception and had at least six to ten people, many I didn’t know, who looked at my badge and said, ‘What’s up with the innovation center? What’s going on? How come this hasn’t moved forward? You know that we need you. We have companies asking us when things are coming on line.’”

Davis voters in 2016 would vote down Nishi, containing about 300,000 square feet of innovation space, but there is still energy coming from the private sector with both Area 52 as well as the University Research Park (URP).

There are a lot of reasons for these failures, but a big part was that previous city managers simply did not place economic development among the top on their lists of priorities.

Ironically, with Mike Webb now as city manager, we are queued up once again with a city manager and staff that will prioritize and support economic development efforts.  This spring following the elections, I met with all of the incoming council, and to a person they recognize the truth of that goal from 2015.  Even more so today.

There are in fact a number of positives.  At the Planning Commission this week, we will have a proposal for a proposed Mace Ranch business park that will house the headquarters of Nugget.  We have the energy coming from places like the URP where ADM (Archer Daniels Midland Co.) this spring opened a new lab.  We have seen a large number of cannabis dispensaries that figure to help generate revenue.

And even before we build any of three new or revamped hotels in this community, we have seen an increase of TOT (transient occupancy tax).

We are no longer on the forefront as we might have been in 2014, but we are still the host city to one of the rising university powers in the state.  And there are still ample opportunities if we seize them.

To a person I think the council recognizes that, and will prioritize this as we have not seen since 2014.  The question is where that critical leadership will come from to make this happen.

The stakes are actually higher than they were in 2014.  The failed roads tax means that we will have to probably find another $30 to $50 million to keep our roads from crumbling.  This community, that has known greatness and affluence, teeters on the brink.

While I believe that cost containment is an important component of economic development, I do not believe we can cut our way back to greatness.  And so the challenge going forward is where the leadership will come from, now that the biggest champion of economic development is leaving council.  That will be a key question for the next four years.

27 thoughts on “Sunday Commentary: Who Will Lead on Economic Development?”