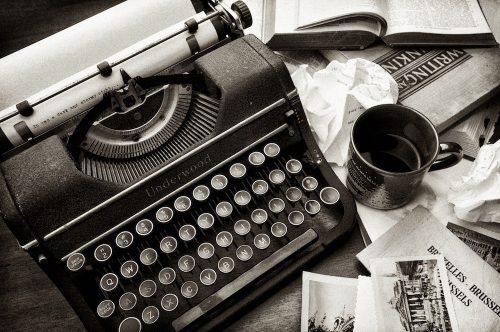 On Aug. 5, Brian Stelter, anchor of CNN’s Reliable Sources, shared with viewers an audiotape of a call to a CSPAN political show in which the caller said that if he ran into Stelter and CNN correspondent Don Lemon, he would “shoot” them.

Earlier in the week, MSNBC’s Katy Tur read an email from a viewer who wrote that he hoped that she “got raped and killed” and signed off as “MAGA” (“Make America Great Again,” President Trump’s campaign slogan). “If anyone in the administration cares about the safety and security of journalists, the health of a free and unintimidated press, and, by extension, our democracy as a whole, please say something to your boss, to your dad, to your Commander-in-Chief before it is too late,” Tur wrote.

These two incidents are not isolated or unusual, but come into bold relief as President Trump hits the campaign trail in his favorite setting — the rally. In Ohio, Pennsylvania and Florida, the president has been riling up his base with intense attacks on the media. The correspondents in the hall often find the audience, urged on by the President, turning toward them in anger, fists or middle fingers in the air. At these rallies, Trump has taken to referring to the journalists as “the enemy of the people” – a phrase which resonates deeply in American politics, and in a very bad way.

Many of Trump’s close advisers – from his daughter Ivanka (as seen on the Tur video), to Anthony Scaramucci and Kellyanne Conway – have distanced themselves from this characterization and denied that they share it. But they clearly cannot stop

their boss (and father) from his rants against the press. Trump will not stop as long as he gets huge cheers from his crowds every time he goes on the attack.

Journalists have been pondering how to respond:

Should they boycott these events? No, it’s their job to cover them.

Should they speak out? In early July, the publisher of the New York Times, A.G. Sulzberger, had a face-to-face meeting with President Trump to urge him to stop these attacks. “I told the president directly that I thought that his language was not just divisive but increasingly dangerous,” Sulzberger said in a statement afterward. “I told him that although the phrase ‘fake news’ is untrue and harmful, I am far more concerned about his labeling journalists ‘the enemy of the people.’ I warned that this inflammatory language is contributing to a rise in threats against journalists and will lead to violence.”

Early in his career, right here in Rhode Island, Sulzberger learned not to be intimidated. As a young intern at the Providence Journal from 2004 to 2006, he discovered that the Narragansett Lions Club did not admit women. The club’s former president warned him that his job – and the Journal’s advertising account with the Lions – were at risk if the story was published. The Journal ran the story anyway, and the club changed its policies a year later.

But thus far, President Trump has not changed his practice of attacking the press.

Perhaps if and when their colleagues on Fox News speak out, the viewer-in-chief will get the message. Fox’s Chris Wallace recently did so softly. Let’s hope this is the beginning of Fox joining the call for moderating the president’s message.

Why does all this matter? As the Lions Club example reveals, public exposure of an injustice can result in positive change. The same goes for presidents. American history is full of instances when press coverage has revealed corruption or other criminal behavior, has shone light on government waste and inefficiency, and has encouraged good behavior by its mere presence.

Every president has an adversarial relationship with the press. Typically, presidents manage this with a communications strategy and a press secretary who presents the president’s perspective to the public through press releases, speeches and other managed messages. They cultivate relationships with reporters by granting interviews or providing scoops, and they strategically withhold or release information.

But never have we seen a president with such overt hostility to the media using his bully pulpit to foment public rage against journalists. This is dangerous for journalists and dangerous for democracy, which relies on those journalists to check the power of the government by providing citizens with information to guide their political decisions.

If American journalists are constrained by fear, fraud and falsehood, we all lose.

June Speakman is a professor of political science at Roger Williams University. This post originally appeared on the university’s First Amendment blog.

Share:
Tags:First AmendmentMediaTrump Administration
Previous : DiNunzio Files and Becomes Candidate for School Board
Next : Developer Proposes to Redevelop University Mall into Mixed Use

89 thoughts on “Attacks on Press Pose Danger to Journalists, Democracy”