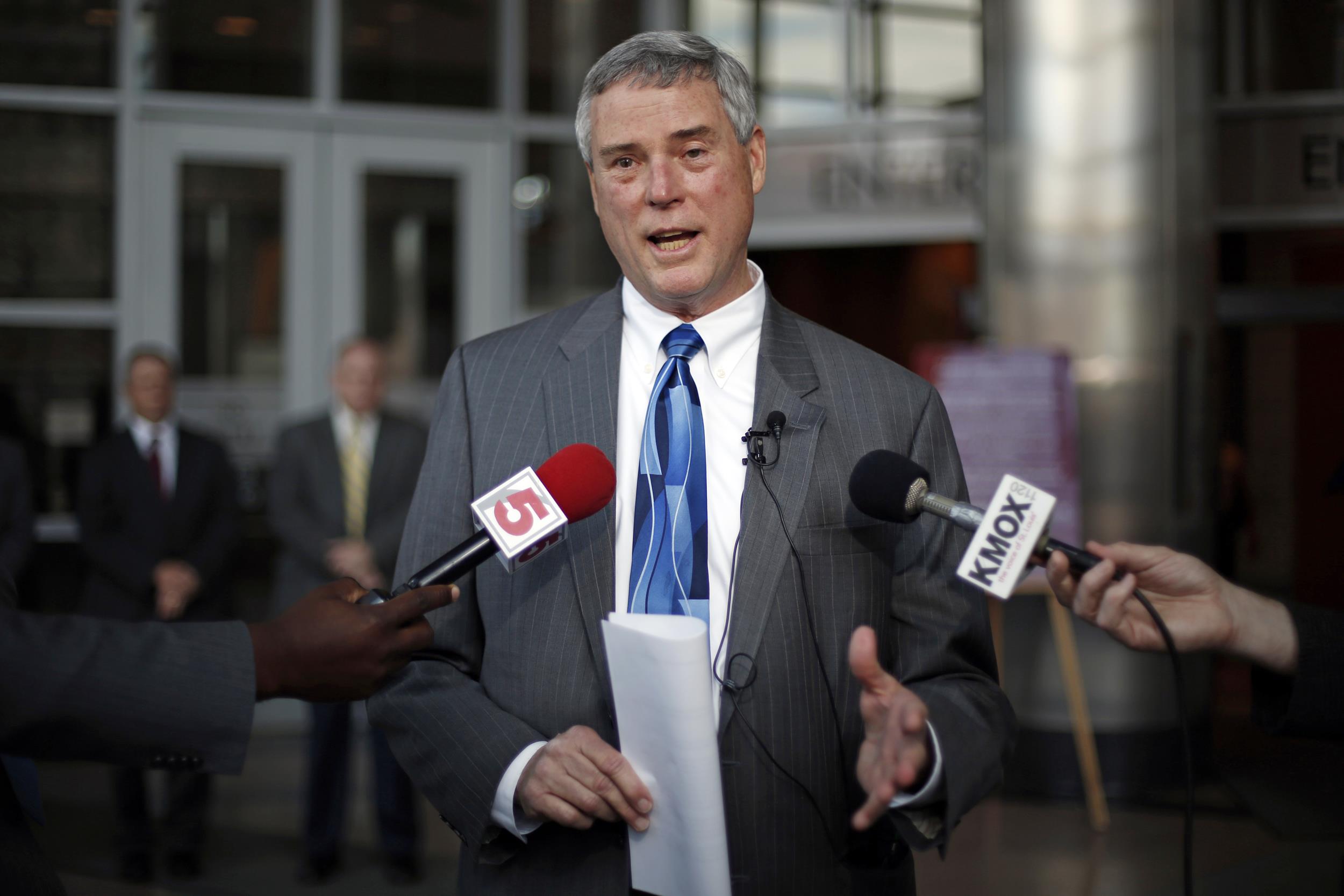 Twenty-eight-year incumbent Robert McCulloch was best known as the man who did not bring charges against Darren Wilson, the officer who shot and killed Michael Brown in Ferguson, in 2014.  That was the launch of the push against officer-involved shootings.  Mr. McCulloch, in particular, was seen as guiding the grand jury to not indict Officer Darren Wilson in that case.

This was the first time Mr. McCulloch had faced a challenger since the Ferguson incident in August 2014. The voters remembered.

As the New York Magazine put it: “Through his seven terms in office, McCulloch has earned a reputation for upholding law and order by aggressively prosecuting alleged criminals…”

Unless of course those “criminals happen to be cops; in his entire tenure, McCulloch has never indicted a single police officer for killing an unarmed civilian in the line of duty.”

They write: “Few prosecutors have ever lost reelection for being perceived as excessively sympathetic to police officers, and insufficiently merciful to alleged offenders or disruptive protesters.

But the ranks of such losers have been growing in recent years — and last night, McCulloch joined them.”

Back in 2016, Cook County State’s Attorney Anita Alvarez was soundly defeated in the wake of her handling of the Laquan McDonald case.  But in a lot of ways the loss of Bob McCulloch may be more stunning.

In the end, it wasn’t even close.  Wesley Bell, 43, earned 57 percent of the vote in the primary.

Stunned is a good word.  St. Louis University political science professor Ken Warren had predicted that the incumbent would cruise to reelection for an eighth term.

He told the St. Louis paper, “I’m in total disbelief.

Of course, this wasn’t just about Ferguson.  Mr. Bell, who defeated the long-time incumbent, is a former public defender, now a current Ferguson City Council member.

He campaigned on, among other things, pledges to appoint special prosecutors in police-shooting cases, end cash bail for low-level offenses, expand the county’s drug courts, provide more low-level drug offenders with alternatives to incarceration, and never pursue the death penalty in any case.

A lot of those issues should sound familiar from a recent election in Yolo County.

The New York Magazine notes the research of John Pfaff, a professor in criminal justice at Fordham University.  In a recent book, he analyzed the number of crimes, arrests and prosecutions from 1994 to 2008 and found that arrests for almost all crimes fell but the number of felony cases filed in court rose.

A number of reform-minded prosecutors have been elected recently and this is starting to change the way prosecutors operate.

As Maura Ewing has written for Slate:

Krasner’s lawyers are also now to decline charges for marijuana possession, no matter the weight, effectively decriminalizing possession of the drug in the city for all nonfederal cases. Sex workers will not be charged with prostitution unless they have more than two priors, in which case they’ll be diverted to a specialized court. Retail theft under $500 is no longer a misdemeanor in the eyes of Philly prosecutors, but a summary offense—the lowest possible criminal charge. And when ADAs give probation charges they are to opt for the lower end of the possible spectrum. “Criminological studies show that most violations of probation occur within the first 12 months,” the memo reads, “Assuming that a defendant is violation free for 12 months, any remaining probation is simply excess baggage requiring unnecessary expenditure of funds for supervision.”

The New York Magazine writes: “Bell’s platform is less ambitious than Krasner’s. But his victory is nonetheless likely to reduce the number of St. Louis residents who sleep in cages because they are too poor to post bail — and persuade other local prosecutors that protecting violent cops, and imprisoning nonviolent offenders, isn’t the best way to improve their job security.”

But in a way the defeat of Robert McCulloch in St. Louis County is an even bigger deal, because Ferguson is widely seen as the place where the movement began and Mr. McCulloch was largely seen as pushing his thumb hard against the scale to avoid an indictment against Officer Wilson.

“If there was a flash point, I’d say it was the refusal to recuse himself, because there was just this high level of outrage,” Montague Simmons told the Washington Post on Wednesday.

Mr. Simmons is executive director of the Organization for Black Struggle, an organization that seeks to erase political, economic and criminal justice disparities.

“We knew then that if we wanted something different to happen, we would need someone different,” Mr. Simmons said.

The progress is, of course, uneven.  In California several DAs were targeted by progressive reformer candidates.  For the most part, the DAs were able to prevail.  Such was the case in Sacramento, where Anne Marie Schubert, despite refusing to prosecute a number of high profile police shootings, still overwhelmed her opponent.

In Yolo County, incumbent Jeff Reisig was surprised by a strong challenge from Deputy Public Defender Dean Johansson but ultimately prevailed – albeit narrowly.

Mr. Simmons told the Washington Post that, while he was pleased with the victory for Mr. Bell, “the victory is proof that the outrage that followed Brown’s shooting has been channeled into political change.

“The hope isn’t in Wesley himself,” Mr. Simmons said. “It’s literally in all the people that made this moment possible — the network of activists, the people that came to the table. . . . It’s a political act that we can’t ignore.”

One thought on “Commentary: Down Goes Another Prosecutor”