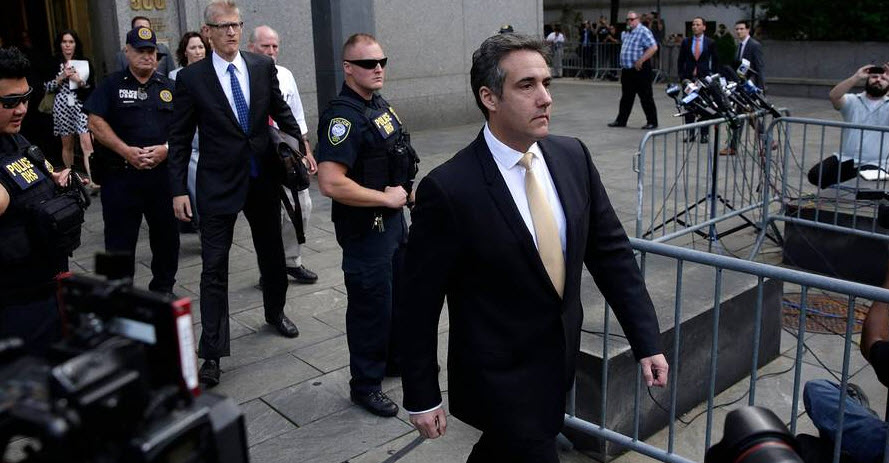 One of the biggest challenges in the criminal justice system and a leading cause of wrongful convictions is the use of informants, who have something to gain as witnesses in criminal proceedings.  Last week, President Trump decried the fact that prosecutors would be using his longtime attorney against him as they continue their investigation into the Russian influence on the White House.

For many, including Ken White, this struck them as a very odd turn.

Ken White, a former federal prosecutor and now an L.A. defense attorney, offers his thoughts in an insightful Washington Post op-ed (see: Witnesses ‘flipping’ does corrupt justice. But not because they’re ‘rats.’).

Mr. White writes: “Tom Wolfe said that a liberal is a conservative who’s been arrested. It’s cynical but manifestly true.”  He notes across the board that “prosecutions of prominent conservatives have always turned staunch law-and-order types into abrupt but vigorous critics of the criminal justice system — at least temporarily.”

At issue is a Fox News interview of President Trump on Thursday that decried “flipping.”  Or, as Mr. White put it, “prosecutors’ familiar tactic of inducing lower-level targets to implicate higher-ups in exchange for a reduced sentence.”

President Trump “fumed that he’s been watching ‘flipping’ for 30 or 40 years, that defendants who cooperate with the government ‘make up stories,’ that prosecutors can use charges like bank fraud to make defendants say bad things about people like him, that it’s not fair and that ‘it almost ought to be illegal.’”

As Mr. White put it, “It was rhetoric you’d expect from some lion of the criminal defense bar, not from the man nominally in charge of the United States Department of Justice.”

Here is the thing – Mr. Trump is right, but he is right for the wrong reasons.

Mr. White lays it out.  It is routine that prosecutors coerce defendants to cooperate, and even incentivize them to lie in order to please prosecutors and get reduced sentences.

He adds though that “most victims aren’t presidential confidants accused of bank fraud. The vast majority of people who confront the choice between cooperation and a longer sentence are poor and

The problem in the justice system is most defendants do not have access to the types of lawyers President Trump does, both provided by the government and paid for out of the Trump fortune.  Most rely on indigent defense attorneys and public defenders, who in many jurisdictions are “notoriously, consistently and outrageously underfunded.”

Mr. White argues: “Pleading guilty and implicating a co-defendant can be the only practical choice when your lawyer lacks the time and resources to mount an effective defense. In fact, flipping on your cohorts can be the only way to avoid the de facto punishment of pretrial detention: In many jurisdictions, defendants plead guilty and cooperate because they cannot afford bail , and they would otherwise languish in jail awaiting trial for many months or even years, whether or not they have a defense. “

This is the not the problem that normally hits the criminal justice system.  Mr. White references the Orange County scandal where sheriffs for years have placed a network of jailhouse snitches next to notorious murder defendants, tracked by law enforcement but concealed from defense attorneys.

“The criminal justice system, from petty drug cases to sophisticated grand jury investigations by specially appointed former FBI directors, runs on flipping defendants,” Ken White argues.  “If we want fairness for both the cooperating defendants and the people they implicate — if we want faith in the results — we need serious reform.”

For him, not only does that mean “thinking about how poverty drives cooperation and digging into our pockets to fund the defense of people we want to jail,” but also and perhaps more importantly the need to ask tough questions about “how the system fails to police itself.”

He writes: “There are no reliable methods in place to track repeat cooperators or to ensure that evidence undermining their credibility is turned over to the defense, and very few prosecutors face consequences for withholding information that impeaches their witnesses. A system that cared about reliable cooperator testimony would ensure both.”

In the Orange County scandal it was only by happenstance and the dogged work of a public defender, Scott Sanders, who stumbled on the files, that the extent of the program was uncovered.  It took years of hearings to get to the truth.  And still, despite FBI and Attorney General investigations, there have been virtually no consequences for the wrongdoers, other than some alleged murderers have gone free and others have had their penalties reduced.

Mr. White goes further, arguing, “Fairness also demands that we examine the vast power we’ve given prosecutors, who through unreviewable and usually opaque charging decisions can have even more authority than judges over a defendant’s sentence. Federal prosecutors could flip Cohen because they had broad discretion to charge him with dozens of crimes or none; they alone decided how sweet a deal to offer and how ugly the alternative was.”

Mr. White points out: “Few Americans realize that it made little difference that Trump’s former campaign chairman, Paul Manafort, was convicted on only eight of the 18 counts against him: Under the strange alchemy of sentencing guidelines, his recommended sentence may not be significantly lower than it would have been if he were found guilty on all 18. And by deciding what information to provide to the court and the probation office that drafts the pre-sentence report, prosecutors can further guide the sentencing outcome, further increasing their power to coerce pleas and cooperation. “

Mr. White argues that, to truly address these problems, “we must be ready to question our very culture.”

Unfortunately, he points out – and probably correctly: “Many of the people calling ‘witch hunt’ today will tomorrow return to familiar law-and-order tropes. The president who decries ‘flipping’ is simultaneously excoriating his opponents for being, as he sees it, soft on crime.”

Instead, Mr. Trump “routinely proclaims that the law protects criminals too much and that police should stop being gentle with them. His concern reaches only as far as his own skin and his own confederates.”

After all, this was the man, long before he entered politics, who took out a full page ad in the New York Post to demand the death penalty for the Central Park 5 (despite the fact that the attack was not a murder).  Those five defendants have since been exonerated and released – not that Mr. Trump cares.

Ken White, in wrapping up, writes: “Serious criminal justice reform won’t come from partisan controversy. Today’s posturing critics of the system will vanish tomorrow. Only a bipartisan commitment to justice, fairness and the rule of law will protect anyone — let alone the president — from abuse of cooperation.”

He concludes: “Defense lawyers like me aren’t holding our breath.”