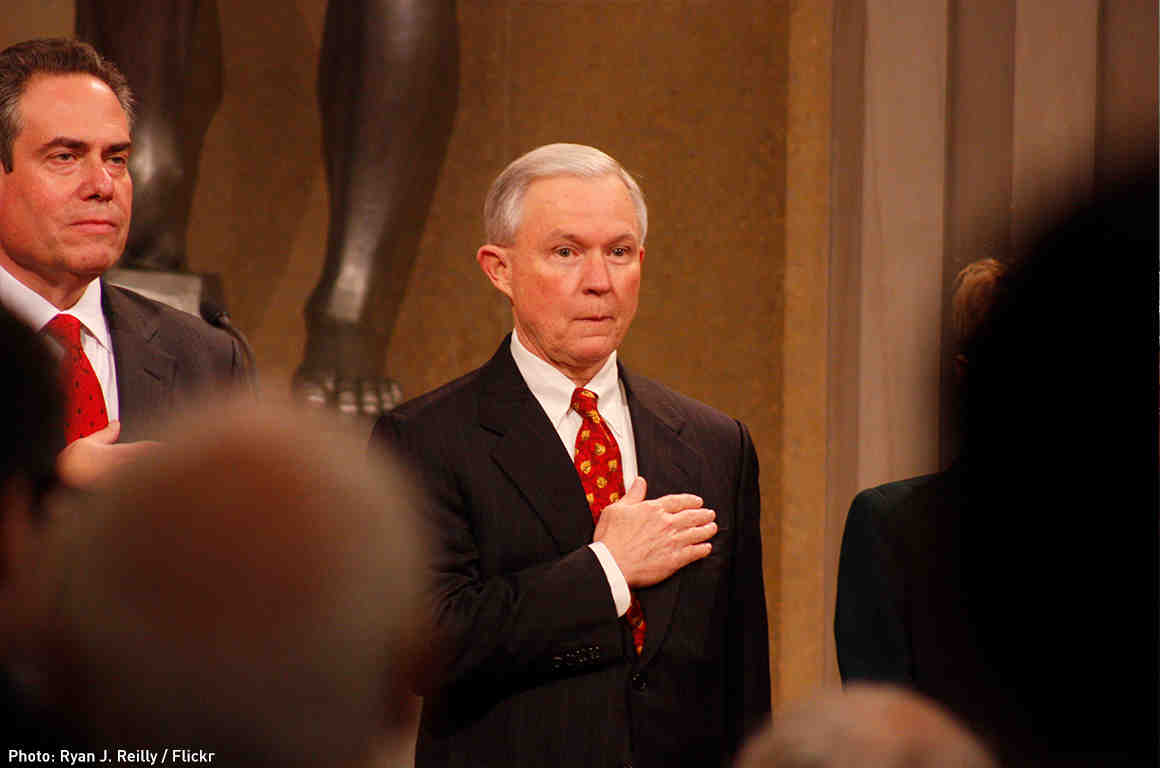 Last Thursday, U.S. District Judge Emmet Sullivan sharply criticized the government for deporting two ACLU clients — a woman and her child who had fled rape and other brutality by her husband and a gang in El Salvador — who are challenging the Trump administration’s draconian new policies applicable to the initial “credible fear” asylum screening system.

“This is pretty outrageous,” Sullivan said. “Somebody in pursuit of justice who has alleged a credible fear in her mind and is seeking justice in a United States court is just spirited away?”

Carmen (a pseudonym) and her young daughter were returned to the United States that same day after the judge threatened to hold Attorney General Jeff Sessions in contempt if they were not. But they are not alone in facing deportation while requesting protection from domestic violence. In its crackdown on immigrants at the border and in the United States, the Trump administration has endangered countless asylum seekers and immigrants pursuing justice under U.S. laws.

This summer, Sessions issued a disturbing decision that departed from decades of asylum law and especially harms women. He established a general rule against asylum for victims of domestic violence and gang brutality despite the numerous courts and other authorities that have held otherwise, and specified that those claims should be denied even in credible fear screenings. “Generally,” Sessions wrote, “claims by aliens pertaining to domestic violence or gang violence perpetrated by non-governmental actors will not qualify for asylum.” U.S. Citizenship and Immigration Services subsequently published guidance to asylum officers conducting credible fear interviews, emphasizing this restrictive view in bold print.

Sessions further misconstrued the legal standards applicable to asylum and credible fear, making it much more difficult for asylum seekers to show they have a credible fear of persecution during their initial interview. These changes mean that people who would have qualified for asylum if they had arrived just a few months earlier are now likely to be deported, deprived of a fair chance to show they qualify for relief at the agency and through the courts.

These new policies align with other immigration changes that particularly impact vulnerable survivors of domestic violence. They follow, for example, a dramatic increase in immigration enforcement

by officers from ICE and Customs and Border Protection at courts across the country since 2017. These arrests have swept up victims of crime or witnesses who are appearing in family, landlord-tenant, or traffic courts.

A survey by the Immigrant Defense Project found that ICE arrests at courthouses in New York swelled by an astonishing 1,200 percent in 2017. Overall, federal arrests of undocumented immigrants with no criminal records have more than tripled under the Trump administration.

Increased immigration enforcement has ensnared domestic violence victims who looked to the courts to protect their rights. They include a woman in Charlotte, North Carolina, and another in El Paso, Texas, who petitioned for protective orders and were detained by ICE when they appeared in court. In both cases, it is believed that their abusive ex-partners filed reports that led to the women’s arrests.

The administration’s single-minded focus on arresting undocumented immigrants severely undermines law enforcement efforts to address and prevent violence. A survey of law enforcement officers released in May by the National Immigrant Women’s Advocacy Project and the ACLU shows that immigration arrests in courthouses during the Trump administration have created a culture of fear that impacts community safety.

Sixty-nine percent of surveyed police officers reported that it was more difficult to investigate domestic violence cases involving immigrants in 2017 compared with the year before. Likewise, 82 percent of prosecutors said that since President Trump took office, domestic violence has become increasingly underreported and harder to investigate and prosecute. The survey also determined that more than half of the judges reported that court cases were interrupted due to an immigrant crime survivor’s fear of appearing in court.

The #MeToo movement vividly illustrated that far too many survivors of sexual assault and domestic violence, in the face of serious retaliation, were and are silenced about their experiences. For immigrant survivors of violence, the hurdles are that much higher, as they navigate new deportation and asylum policies that concentrate on punishing — rather than defending — them.

When U.S. officials distort asylum protections to slam the door on women escaping persecution, they force victims to endure continued violence and the potential loss of their lives. When U.S. officials arrest victims of domestic violence pleading for aid at courthouses, they thwart survivors’ fundamental rights to due process and to request law enforcement assistance.

People are fighting back. Along with Carmen and her daughter, 10 other people fleeing domestic and gang violence in Central America brought the lawsuit challenging the rollback in asylum protections in the credible fear process, represented by the ACLU and the University of California Hastings’ Center for Gender and Refugee Studies. The case moves forward before Judge Sullivan and builds on widespread condemnation of Sessions’ attempts to change asylum law. Across the country, law enforcement officials, advocates, ACLU state affiliates, and members of the public are speaking out against ICE’s aggressive enforcement at courthouses and its impact on immigrant survivors, witnesses, and communities.

The Trump administration has sent a clear message. It values the deportation of immigrant domestic violence survivors over the laws and policies we have adopted to shield victims and their rights. Using the courts, advocacy, and our own voices, we must ensure that these immigrants can secure justice before they are “spirited away” to life-threatening danger.

Share:
Tags:ACLUImmigrationJeff Sessions
Previous : My View: We Operate in Silos but Live in One Community
Next : Sunday Commentary: Does Bail Reform Go Far Enough?